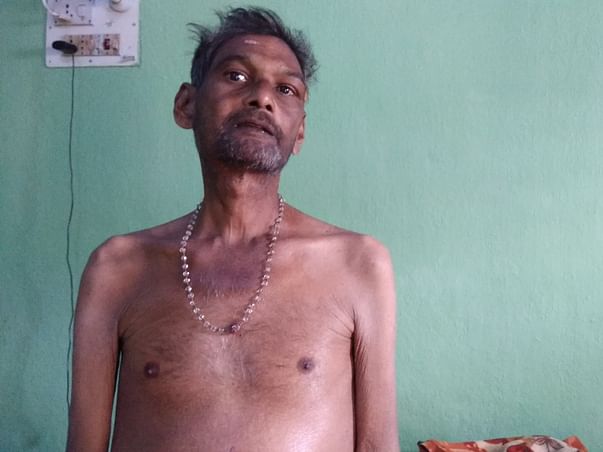 Share
50-year-old suffers Ascites, fights liver failure
*Two years ago patient  started showing symptoms of a failed liver , Doctors diagnosed that 70% of his liver was damaged and have done liver surgery . Despite the liver surgery the patient continued to suffer indigestion and vomiting, later he is advised by doctors that he must continue to take medicine for the next two years. He suffers from Ascites is the accumulation of protein-containing (ascitic) fluid within the abdomen, which needs to be drained from body about 8 liters every week , it costs about Rs.5000  per month.

Unfortunately, Shankar’s  family do not have the funds to pay for the treatment. His family  is worried that without this they cannot save him and   would be unable to live on their own. Shankar has three daughters , two are now married by the  financial help from society and neighbors. Shankar is the sole breadwinner of the family, his earnings are much need to his family to survive further. He had small income ,but he tried to live with what he had. However his liver failure had put an end to the happiness and survival of the family. His wife now makes living by selling eateries and papads. To help family come out of the misery please help Shankar fight liver failure with cost for his medicines for two years, estimated cost is of 3  lakhs including his surgeries.