Help Mrs.Kannaki to protect her daughters | Milaap
Milaap will not charge any fee on your donation to this campaign.

Help Mrs.Kannaki to protect her daughters 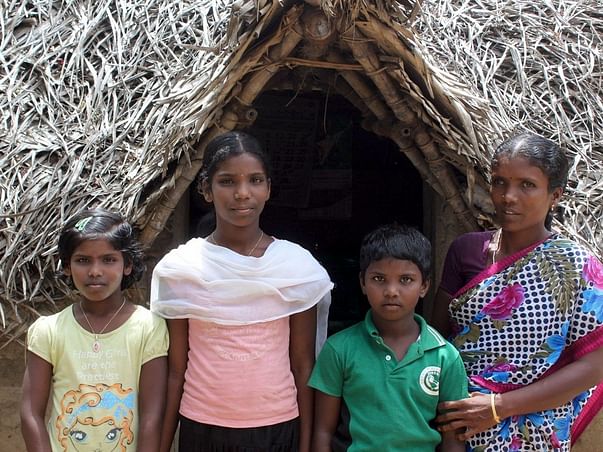 Mrs. R. Kannaki was married Mr. S. Rameshkumar on 1st June 2005 and began her married life in the village Odacherry. Kannaki’s marriage life runs smoothly and happily. Her husband works as a mason and they were blessed with three female babies. They are Mohana, Kalpana, Kanchana respectively.
In the happy family storm began to blow because of Ramesh’s drinking habit. Yes, everyday Ramesh spent 50% of his earning for Alcohol. Due to that Kannaki felt worst about her future and her daughter’s. So, she requests her husband to stop drinking alcohol, but all her efforts were gone wasted.
She wants Ramesh to realise his mistake. Without knowing that this move will bring her a lot of sorrow to her family, she stepped out of the home and gone to her father’s house. This makes her husband felt guilty and to take a harsh decision. He decided to commit suicide and hang himself in his home. The news falls like a thunder in Kannaki’s head.
After Ramesh’s death, the Father-in-law and Mother-in law of Kannaki always cornered her and make her guilty that she is the reason for their son’s death. Sometimes she argues with them, but mostly she fed up with tears full of eyes.
After all, she decided to live lonely for her daughters with a strong will in the same house where she lived with her husband. The house is a kutcha house nearby paddy fields, sometime reptiles crawl inside in the night time.  As she was a studied only 8th standard she struggled so many times even to feed her daughters. She worked as agriculture worker, coolie, maid etc. But the earning through that is not enough to protect and feed her family. Now she willing to start tiffin centre and expect that it will help her to get good and decent income for her family. So that her kids will have good clothes, food and education.

Ask for an update
Dear All, Thanks for your support so far. I would like to share with you the progress of the construction. I really thank GOD for the timely help from MILAAP supporters.
Dear All,
The construction of the building is going. Now it came to celling concrete. I had to share with you the photos as proof of the donation I received from you. I would like to thank you all who ever help me to step forward.

First of all, we would like to thank everyone who extends their hands to this campaign. At this point, we would like to update you few things. Mrs Kannaki's daughters are studying in a Christianity school without any tuition fees and accommodation fees. We would like to thank the person who helps her to admit her kid in that school. In the meantime, she also goes to work as a cook. Now she starts to build a house in her village which is a dream of her husband just opposite her kuccha house. For that, she felt this money will be helpful to complete the house. We too feel she is right. So we are going to put a withdrawal request. Hope everyone will accept it for this. If anyone of had any different opinion please feel free to write to us.
Load more
Donate
OR 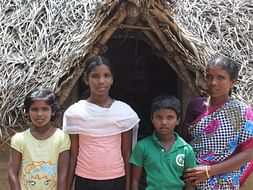 Help Mrs.Kannaki to protect her daughters