Help to Jayaram Raju From Acute Cva | Milaap
Milaap will not charge any fee on your donation to this campaign. 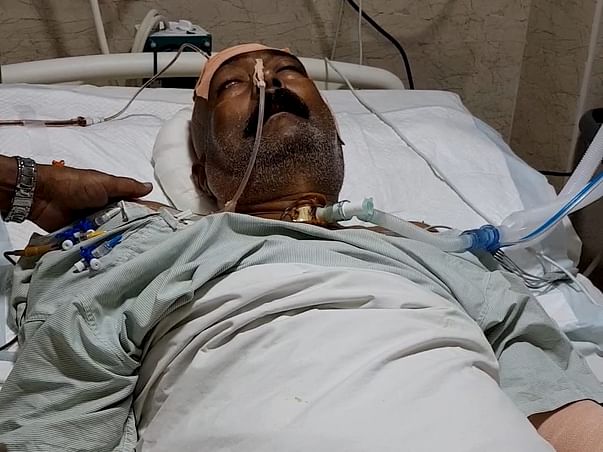 Jayaram Raju has survived with 2 daughters and son, after he retired from his duties, unfortunately he he fell unconscious suddenly on 2nd february, 2018, rushed to the hospital where Doctors diagnosed that he had extensive bleed in the left side of his brain lead to hemorrhagic stroke(ACUTE CVA-LEFT CAPSULO-GANGLIONIC HYPERTENSIVE BLEED WITH RAISED ICP) and which must be treated emergency surgery, and he underwent "Left Fronto-Temporo-Parietal Decompressive  Craniotomy + evacuation of clot done under the CGA on 03.02.2018.
Post operaratively(04.02.2018), on repeat CT BRAIN doctors found that there was a fresh bleed again which was bigger than the previous bleed, so they did one more surgery which is called "Left Fronto-Temporo-Parietal Decompressive CRANIECTOMY + evacuation of clot, where they removed part of skull and evacuated blood clots and placed the skull bone in the anterior abdominal wall and they did TRACHEOSTOMY. After 15 days long stay in ICU and 17days in step down,with the help of great care provided by the Doctors and Hospital staff, he became stable and got discharged from the hospital with proper medication, and advices like daily physiotherapy, Nasogastric tube feedings, tracheostomy care and later on speech therapy and after 3 months one more surgery where he needs replacement of the skull bone which was preserved in abdominal wall failing which there will be resorption of the preserved bone.
His family has already spent around 5,00,000 at the hospital for 32 days long hospitalization and around 7,00,000rs for blood transfusions, medications and rehabilitation,physiotherapy,speech theraphy,tracheostomy care till now which was beyond their limits but now for his next surgery and further rehabilitation they needs more than 10,00,000rs which is next to impossible for them. Now my uncle needs help from generous people , so that he can come with normal life and can see & recognise his falimy members. So your generous help is urgently required.
Kindly treat this as genuine and your donations are highly appreciated. Our family need your prayers for speedy recover.
"HELPING ONE PERSON MAY NOT CHANGE THE WORLD, BUT IT COULD CHANGE THE WORLD FOR ONE PERSON" 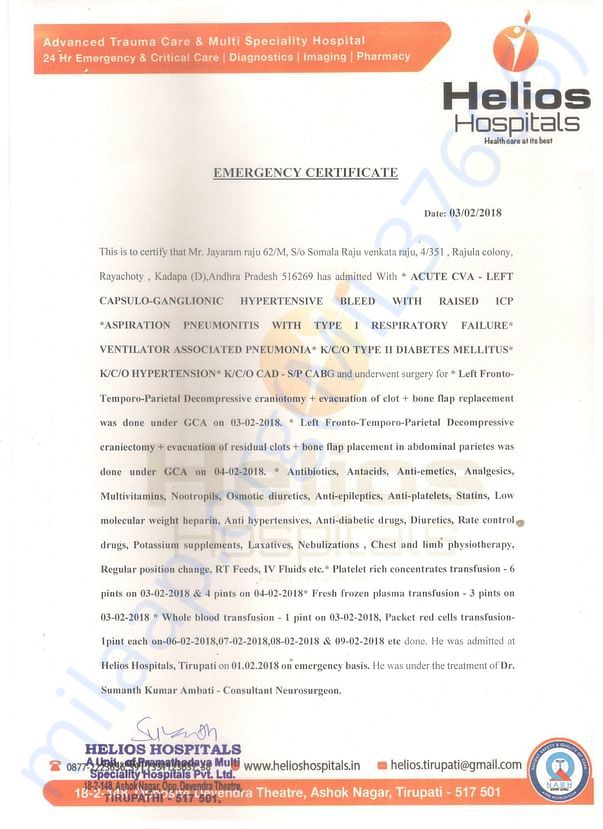 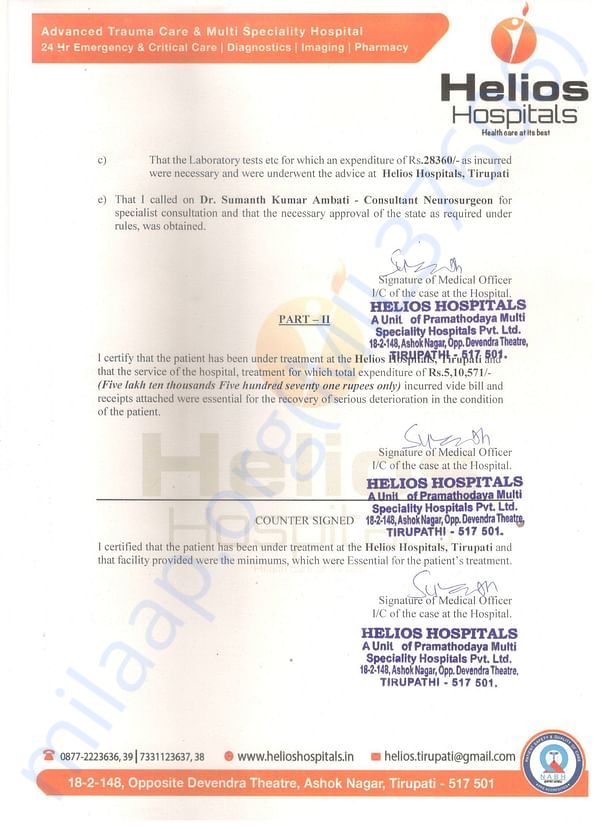 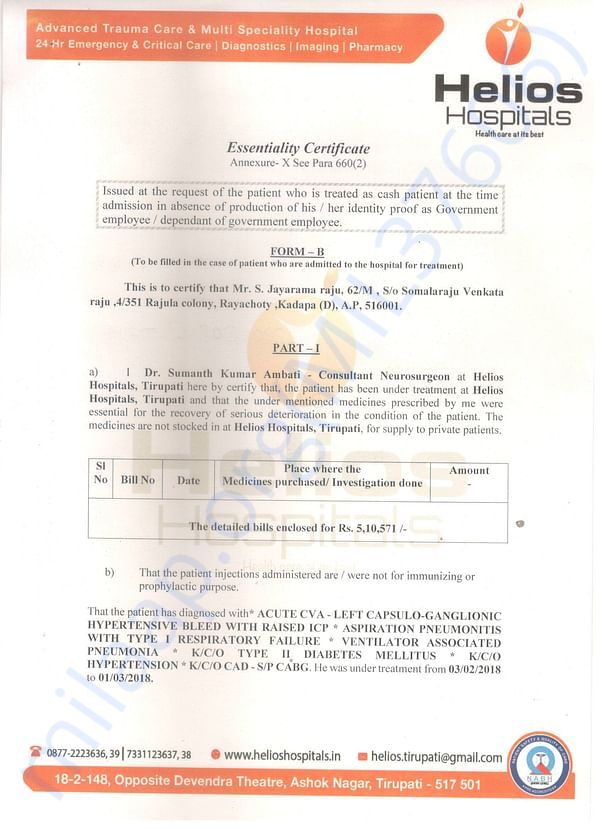 Ask for an update
Donated to this campaign via Paytm or bank transfer? Click here if you have not received an email confirmation from Milaap.
Now my uncle is under medication after second surgery. Thanks to all donors who showed their kind.
Donate

Scan & donate with any app
check_circle_outline Download payment receipt
Report fundraiser
See how thousands are crowdfunding for their causes on Milaap
Rs.134,963 raised

Donated to this campaign via Bank transfer/QR Code? Click here if you can’t find your donation listed below.
SR
Sudharshan donated Rs.200

Take care. Everything will be good soon

Donated to this campaign via Bank transfer/QR Code? Click here if you can’t find your donation listed below.
SR
Sudharshan donated Rs.200

Take care. Everything will be good soon

R
You are sending a message to
Raju
Go back 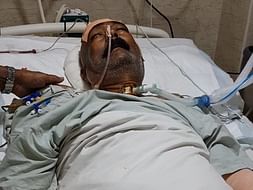