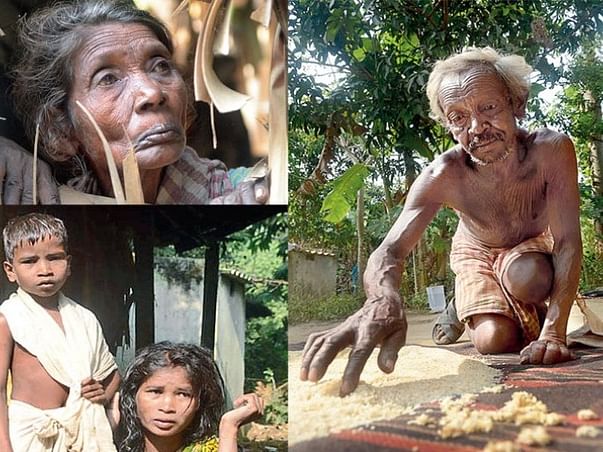 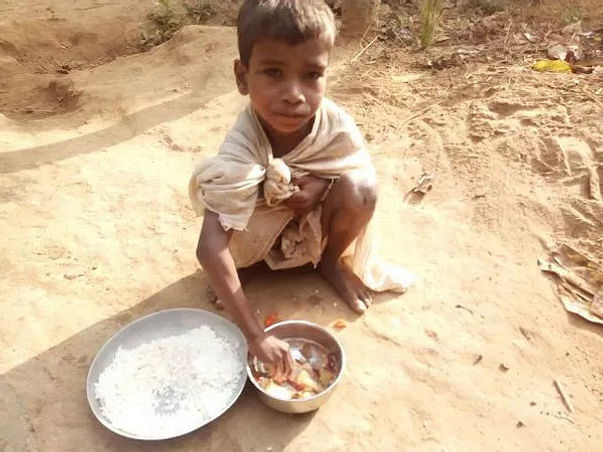 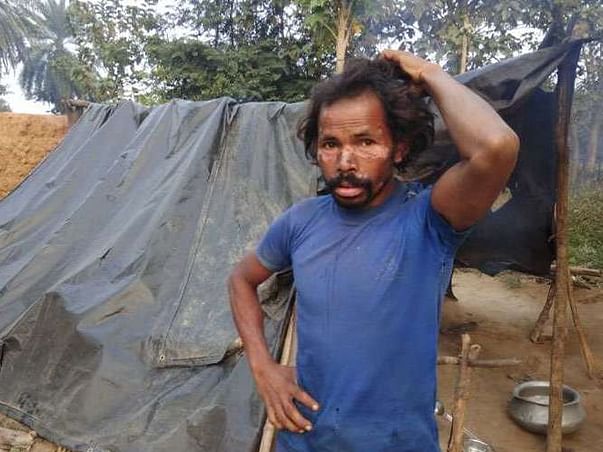 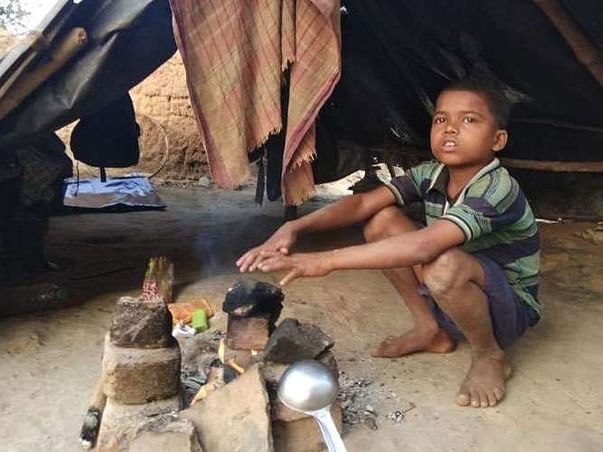 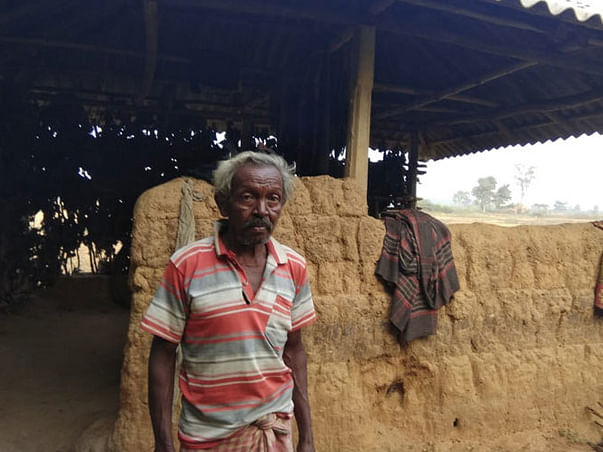 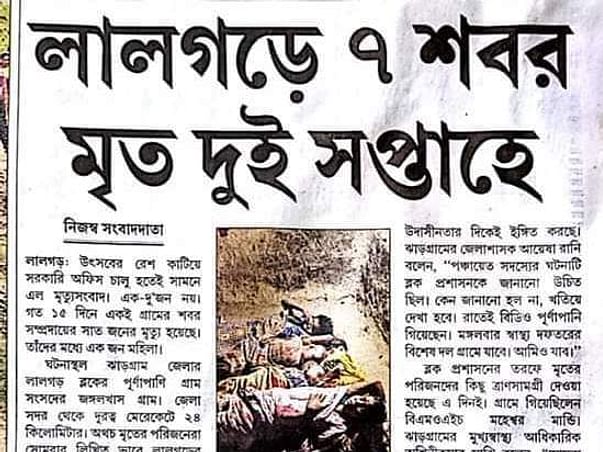 Share
Me (Kaushik) and my wife (Rituparna) are trying to help people.
Seven members of the Shabar tribe died due to hunger and malnutrition in the tribal-dominated Lalgarh area of West Medinipur (Paschim Medinipur) district of West Bengal in the month of November. The victims are Mangal Shabar (28), Kishan Shabar (38), Lebu Shabar (46), Sudhir Shabar (63), Savitri Shabar (51), Paltu Shabar (33) and Laltu Shabar (38). They all belong to the Jangalkhas village of Lalgarh where abject poverty, malnutrition and various diseases are wedlock with the lives of Shabar people.
TB is mostly caused by malnutrition and starvation, and neither this region nor the Shabar people are stranger to such starvation deaths. In 2004,five tribals died due to starvation in Amlasole village in Belpahari block of West Medinipur district. Shamay Shabar (55), his daughter-Mangoli Shabar (33), Nathu Shabar (51), Sanatan Mura (50) and Shambhu Shabar (25) died due to unavailability of food and even Kurkut (the paste of red ant that the tribals eat), which happened to be their staple.
This shows that nothing exactly changed in the lives of the poor of the region, who, despite being eligible for getting rice at Rs 2 per kg.
Historically, the Shabars have been the most persecuted tribe in West Medinipur and Purulia, where they are subject to extreme state repression as their community is still enlisted as a colonial-era – ‘criminal tribe’ under the Habitual Offenders Act. They have been at the receiving end of the caste-ridden Brahmanical, semi-feudal socio-economic order, which engulfed the tribals by Hindufying them. For any crimes like theft, loot, etc., the police would randomly pick up Shabar men and charge them.
The tribal people, the Shabars of Lalgarh, are dying due to starvation.
TB is a rampant thing in the Junglemahal region and thus many more people are suffering and crawling slowly towards their death. Getting ration of food grains in the Lalgarh, Belpahari, Jhargram and other blocks of the tribal-dominated West Medinipur district has become a tough job for the poor tribals.
Even if rice is allocated at Rs 2.00 per kg for the Shabars, these people, who mostly collect woods from the forest, do not even make as much money to buy adequate food grains for their families.

We are trying to help the Sabar families. Few days back some friends visited some areas...
Given winter garments foods etc.. But not sufficient. Will distribute foods..like rice..  Wheat.. Potato...oil...etc.... Winter cloth.. Rag..  Household items.. Cooking items..to sabar families   as much as i can...
news has been published in major Bengali daily of ABP and few other English leading News  papers.
1) https://www.thestatesman.com/opinion/death-of-sabars-1502711900.html
2)https://newsfront.co/dead-seven-shabar-by-unidentified-disease-at-jangalkhas/#.XAS9VqxX7eU
3)https://wap.business-standard.com/article/pti-stories/starvation-death-reports-untrue-wb-govt-giving-rice-at-rs-2-kg-mamata-banerjee-118112600798_1.html
4)https://www.anandabazar.com/editorial/lalgarh-sabar-incident-shows-how-irresponsible-government-is-dgtl-1.897473