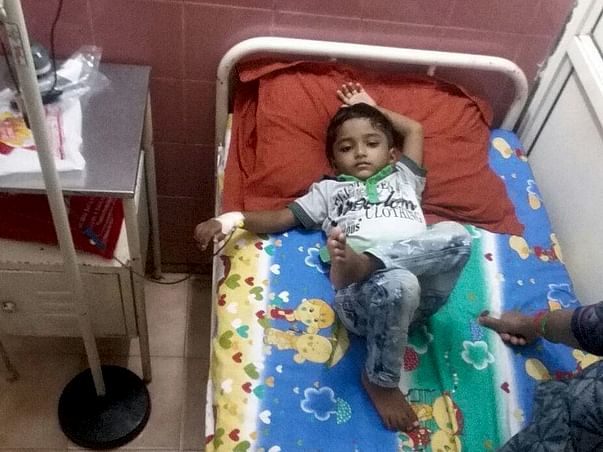 “On his good days, he would hardly step into the house. He’d be prancing outside, playing with his friends. On the bad days, my son can hardly open his eyes. I would not wish this disease upon anyone.”
At 3, Herin is everything you would see in a toddler. He is cheerful, mischievous and enthusiastic. However, he is not always that way. He has a serious affliction that robs him of a normal childhood and drains his life every month until he gets blood transfusions to power him back. If this goes on, Herin will eventually lose his life very soon. He needs a cure, and that is a bone marrow transplant.

Every month, he needs a shot of life

Herin was 3 months old when his parents realized something was wrong. He had a stubborn fever. He would not drink milk and began to lose color. At the hospital, the doctor ran several tests. It was painful for Kalpesh (father) to watch his baby being tapped for blood and pricked by needles for diagnosis.
“It took a while, and then we heard that our child was sick from birth. He has Thalassemia. This means that his haemoglobin levels will keep dropping every month, giving him severe anemia. If he does not get blood transfusions on time, Herin will lose his life.”

They could not choose a cure, so they opted for a treatment that kept the disease at bay

There were two options for Kalpesh at the time. Choose blood transfusions for life, or opt for a bone marrow transplant that could cure Herin of the disease. Unable to afford the surgery, Kalpesh decided to go for the blood transfusions. Every month, Herin goes through a phase where he drops to his knees as if his battery died. He barely moves or speaks. He gets fussy if his parents force him to eat or get out of bed.
“I rush him to the hospital for blood. The minute more blood gets into his system, we can see color rushing back into his cheeks. He feels better instantly. I always live in fear that one day, we might be too late in saving him.”

If this goes on, Herin will die at 30

Herin took a while to understand that he was sick. All he wants is to be normal like his 5-year-old sister, Vaishali. Nowadays, he reminds his parents that it is time to hit the hospital bed so he can get recharged. Unfortunately, for his age, he is extremely active, and due to that, the number of transfusions a month is going up.
“At this rate, my son will not live beyond 30. The doctor told us that it is time to opt for the transplant. The estimated cost is Rs 30 lakhs, and we cannot afford that on Rs. 14,000/month income.”

Kalpesh has a grocery store, and his wife is a tailor. They were comfortable with the income and could feed four months easily, but Rs. 30 lakh is unaffordable for this family. They have exhausted whatever little resources they had in past 3 years on Herin’s treatment.
Your contribution can save Herin’s life and give him more than just 30 years to live. 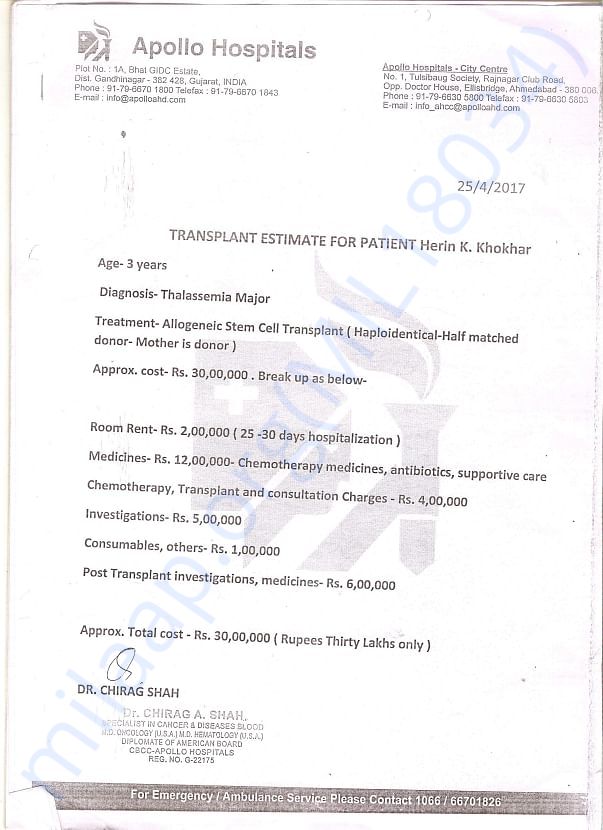 Herin is currently at home and undergoes blood transfusions as and when required. His health is not very stable right now and needs to under the transplant at the earliest.

Please keep supporting him so we can provide the best of medical care possible. Thank you.

Scan & donate with any app
check_circle_outline Download payment receipt
Report fundraiser
Know someone in need of funds for a medical emergency? Refer to us
Rs.94,886 raised

PM
You are sending a message to
PULKIT MODI
Go back 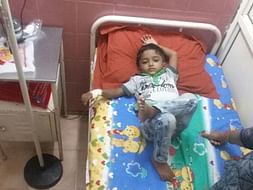