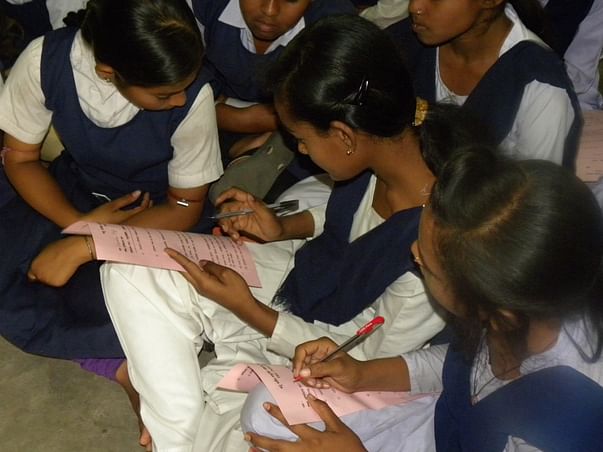 75 per cent of the rural women in India lack adequate knowledge on menstrual hygiene
and care.
About 68 per cent of the rural women cannot afford sanitary napkins available in the market.
Of the 355 million menstruating women in India, only 12 per cent use sanitary napkins.
97 per cent of the gynecologists surveyed believe that sanitary napkins act as a preventive measure against reproductive tract infection, while 64 per cent noted that it can act as a precautionary measure to reduce the risk of cervical cancer.
It is estimated by a survey by A. C. Nielson that only 12% of Indian women (of total menstruating women population of approximately 355 million) use Sanitary napkin.
Apart from cloth, other materials such as sand, lead, ash, hay etc. are also used.
Research shows that Reproductive Tract Infection (RTI) incidence was 70 per cent common among those with unhygienic sanitary practices.
More than 20% of adolescent girls drop out of school owing to menstrual issues.
In the survey conducted in several cities including Kolkata around 31% women reported a drop in productivity levels during their periods, missing 2.2 days of work on average.
Menstrual hygiene is lowest in eastern India with 83% women saying their families cannot afford Sanitary Napkins. Among the cloth users, 45 per reuse cloth and 70 per cent dry them in shade, increasing chances of infection.

All these data, made us to start a campaign on providing better menstrual health to poor adolescent girls and women in East and North East India. We have been conducting awareness campaigns and installing sanitary pad vending machines as well as incinerators in Girls schools in West Bengal and Jharkhand. However, this important issue needs a huge Mass campaign for its success.  As we want to serve the women in other states, we need your help. A little help can make big change in the lives of these girls and women who cannot afford to buy sanitary pads from the market with higher cost. Some also feel shy and there are taboos around the issue, which suppress them in the family and society. So please come ahead and help your needy sisters!