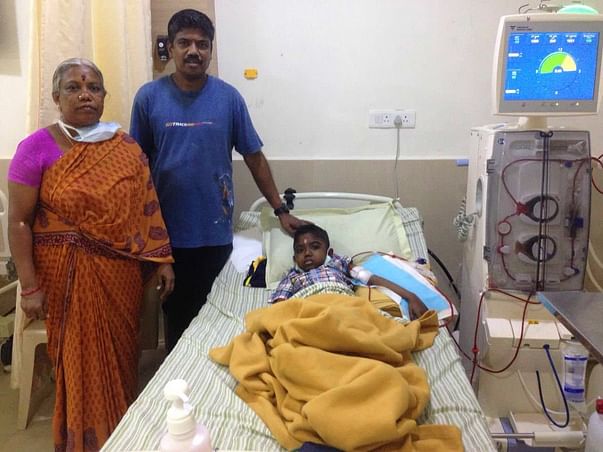 Ayyappan's wife, Shyamala, gave birth to a girl on Saturday. That day, he walked out the doors of Apollo Chennai as a happy new father. It was familiar feeling; happy tears, widest smiles, holding his new born cuddled in white blanket. The last time he felt this way was in 2009 when Gopinath was born. "I should be rejoicing and distributing sweets," Ayyappan said wiping his tears. "But I am scared. I worry I might not be able to take both my children home. I have lost years in these hospital hallways."

Gopinath is Ayyappan's 7-year-old son. Gopi, as he is fondly called, has spent most of his childhood in hospital beds instead of classrooms. Growing up, Gopi never ate any solid foods. What at first seemed like stubborn tantrum soon turned out to be a serious health concern. A scan in a local hospital in Thanjavur revealed massive kidney stones. Though the stones were removed, they have done severe damage to young Gopi's kidneys. Ayyappan was told his son will need dialysis at least thrice a week. Rs 1.25 lakhs were spent in less than 20 days. Ayyappan struggled find strength as he saw his little son coping with an ailment this grave. 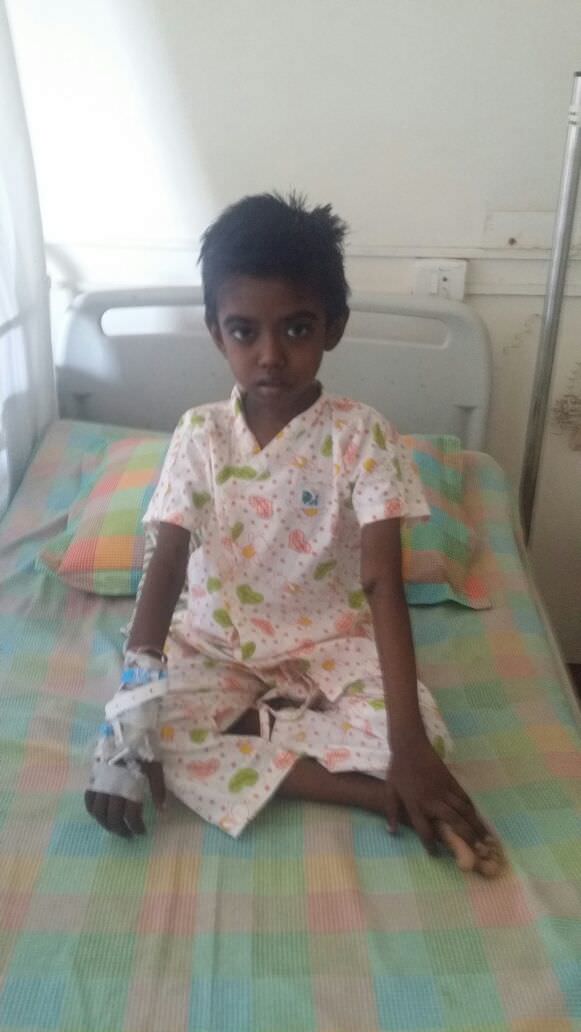 In March, the doctors said that the liver and heart were getting damaged due to Gopi's kidney condition. A liver transplant was the only way out. Luckily, Ayyappan turned out to be a match. On June 1, 2016, Gopi received a piece of his father's liver and a new life. Though the surgery was successful, it left Ayyappan with nothing.

A farmer by profession, he had to mortgage his 2 acres of land to pay for the piling hospital bills.  But the father in him was happy. He had done everything a father could do to save his child. Gopi was showing signs of slow recovery. His wife's due date was coming closer. In the longest time, he was hopeful that the nights in hospital hallways would end soon.


But as fate would have it, little Gopi has been diagnosed with Hyper Oxaluria (a serious condition creating excessive urinary excretion of oxalate). Today, Gopi needs an urgent kidney transplant to live. Having donated a part of his liver, Ayyappan cannot be a donor again and neither can his wife. Gopi's grandmother was confirmed to be a match. But arranging Rs 8 lakhs for this surgery is beyond Ayyappan. He has nothing to left. No land. No savings. Nor the health to go out and earn.

With little hope left from his family,  Ayyappan desperately needs help to arrange funds. 7 year old Gopi has fought every step of the way and so has Ayyappan. Your contribution can save his son. With your support, a father can take son home. Let lack of funds not be the reason why a father could lose the most crucial fight of his life - his son's life.