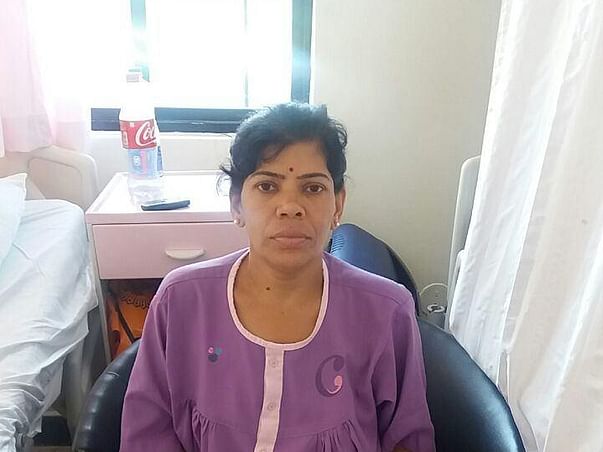 It's not every time that life gives us a second chance. When Gayatri was unable to clear her twelfth standard, she did not have the means or the support to try once more. Instead, she took up work and started doing anything that would help her share the burden with her parents.

Since then, Gayatri worked a few odd jobs, and then started working at a factory. Like most young girls, Gayatri also nurtured dreams of getting married and having a family. However, a heart-breaking betrayal shattered her dreams again. Yet again, life decided to not give her a second chance. Gayatri remained unmarried, and continued looking after her mother after her father passed away.

As fate would have it, the factory she worked in closed down, and she could not find another job because of her limited educational qualification. Thus, she took up a job as a domestic help at a doctor's clinic, supporting her mother and herself with her small Rs. 5,000 monthly income.


It was a while back, when Gayathri's health started to give way. She was suffering from severe stomach pain and frequent bleeding. She consulted the doctor she was working for, when she realized the pain was more than she could bear. With their support and a thorough check-up she was diagnosed with an urgent need for a hysterectomy. The procedure is estimated to cost Rs. 1,30,000

The Hospital and its team of doctors have provided the best possible priority care for this baby. They have generously waived off as much as fee as possible and have applied for discounted service charges too. Please help the family cope with this difficult situation. "


At 47, and with the severe pain, she is unable to work to earn the funds required. The pain is worsening day by day.

Your support could be Gayatri's first second chance in life.