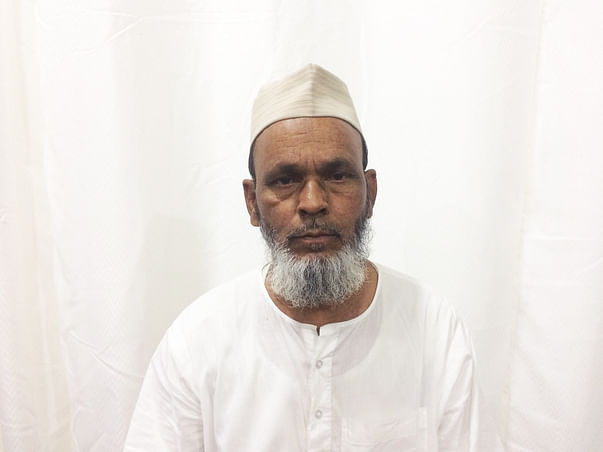 “He has worked for 20 years to support us. Now I’m trying my hardest to support him”

Ekramulla is 64 years old and needs an urgent bypass surgery. The father of 8 children, the family hails from a small village in Uttar Pradesh where Ekramulla works in a power loom.
Currently Ekramulla is in Mumbai with his son. Afzal, who is 26 years old, teaches Namaz lessons at a mosque in Mumbra. He is currently accompanying his father to doctor’s appointments, and keeps the rest of the family updated. Two of his siblings are married, and the rest are stills in school. His mother Noorjahan, is a home maker.
How did they discover Ekramulla was ill?
“Every morning, when he went to buy vegetables, he had to stop multiple times on the way home- simply to catch a breath”- says Afzal, his son.
For the past three- four months, Ekramulla had been complaining of shortness of breath and pain. This concerned his children enough that they took him to a doctor in their village. Ekramulla was prescribed tablets, but they had no effect on him. The family changed doctors three times, before Ekramulla was diagnosed with a heart condition. The family was told that the only way to save him was through a bypass surgery.
“I have spent Rs 30,000 on his treatment previously- as much as I could ever afford. The surgery amount of Rs 2.5 lakhs is huge for me- more than I can ever imagine”
Afzal heard from his students that Dr Humdulay in Mumbai would help them in this regard. He is concerned about his father and the cost of the surgery.  This close knit family is very worried about Ekramulla’s health. His family is back in the village and waiting to hear good news soon.
Help this father get better for his family!