Help Devaya Who Is Sick | Milaap
Milaap will not charge any fee on your donation to this campaign.

Help Devaya Who Is Sick 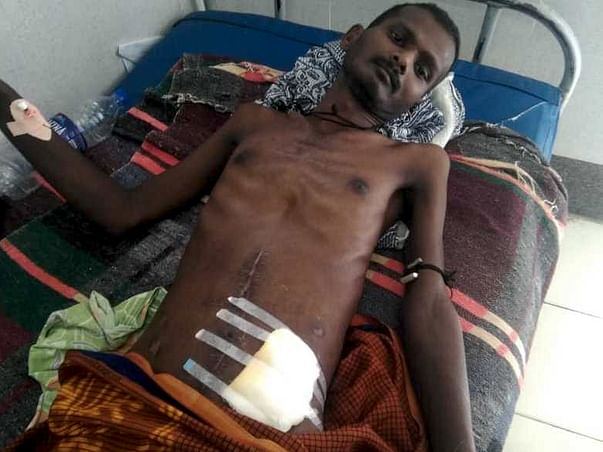 An inter-national-level yoga champion with many medals to his  name, Perumelli Devaiah is recuperating from a small intestine(Ileum) perforation, with an Ulcer in Ileum. he underwent a major surgery a year ago. Sadly, he hasn't received help from the Department of Sports or the Yoga Federation.

Four years ago, on a wintry december morning, 26-year-old Deviah was performing like never before. It was the 24th amateur world yoga sports championship held in Malaysia.

His mother’s words echoed through his head as he twisted and turned  his body in a fluid fashion – “If you don’t win an inter-national medal this time, no more yoga. This will be your last chance,” she had said.

Devaiah had a huge fight with his mother that day and had promised himself to win the medal at all costs.

That day, he not only finished awarding himself a Bronze Medal but also saved his dream of becoming a world Yoga champion. However, his happiness was short-lived. Today, he is struggling to even walk properly, let alone yoga, he has an ulcer growing in his intestine as he has dreams to Win Gold Medal In years to come. while he was harvesting his dreams by working as a daily-wager, life is weaving an ulcer to the internal walls of his ileum

Stuck in Mounting Medical Debt, his family Had to Give Up their only bread earning Source.

Living in a cramped tin-roof shed in Kothapalli village of Rajanna-Sircilla district, with his parents. After a famine hit North-Eastern part of Telangana, his parents were forced to take up work as laborers. Since months, he has been bedridden. “My parents cannot afford the medical costs. They sold 2 acre’s of land the only piece of ancestral property to meet the hospital expenses,” he adds.

Growing up in such a scenario, life was never easy for Devaiah But, he didn’t let anything get in the way of his dreams. His mother and uncle believed in him, and that was not all he needed to turn his dream of becoming a international yoga champion into a reality.

Devaiah drew his inspiration from the real-world Yoga Practitioners . “I was drawn to the sport when I was a teen. I have attended several free yoga classes as I couldn’t afford paying for them. Later to advance with my learning's, I religiously followed TV shows aired and articles published in print media and online. I knew I also wanted to do the same. They not only motivated me, but also trained me later,” says Devaiah.

Soon, he began to participate in state and national-level events. his dream began to take a definite shape. Medals started pouring in. But, the near-fatal condition drastically altered Devaiah’s plans for his life.

Devaiah is recovering with time. However, he needs at least a year rest and supervision of Nutritionist advised diet to recover back to normal life. He underwent small bowel resection anastomosis

Followed by ileostomy, Later had second surgery, Ileostomy closure
Now can be recovered with proper care. Devaiah wants to get back to chasing his dream of being independent and support his parents. He has the spirit to win and the determination to do what it takes to get there. He needs your support in his time of need. Your contributions will go towards his and follow up under supervision. Money you donate will take care of his Nutrition supplements, Post operative wound care, Diet supplements, Physiotherapy, Transportation allowance from native place(Siricilla) to Hyderabad monthly living expenses.

UPI: rzpy.givetomlpdevaya00001@hdfcbank (Copy to clipboard)
Or
Click here to read the instructions before you make a bank transfer. 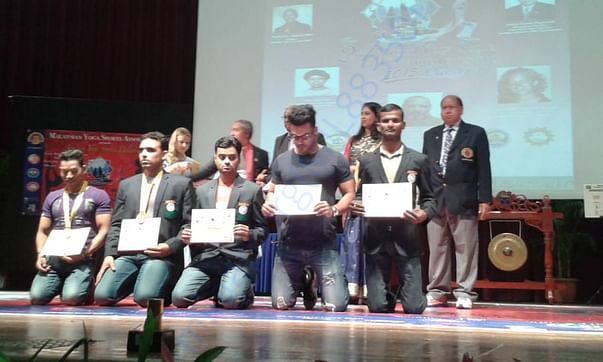 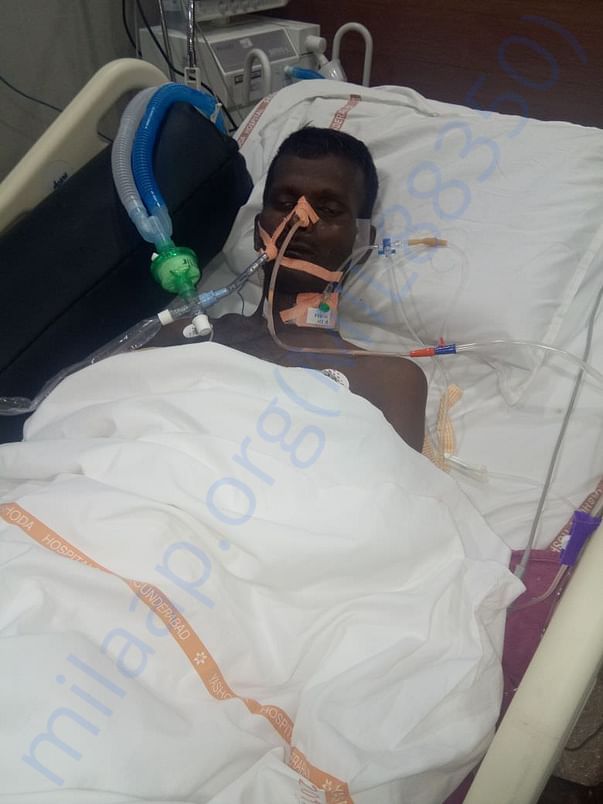 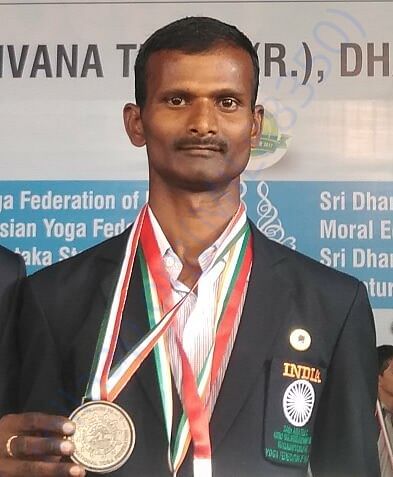 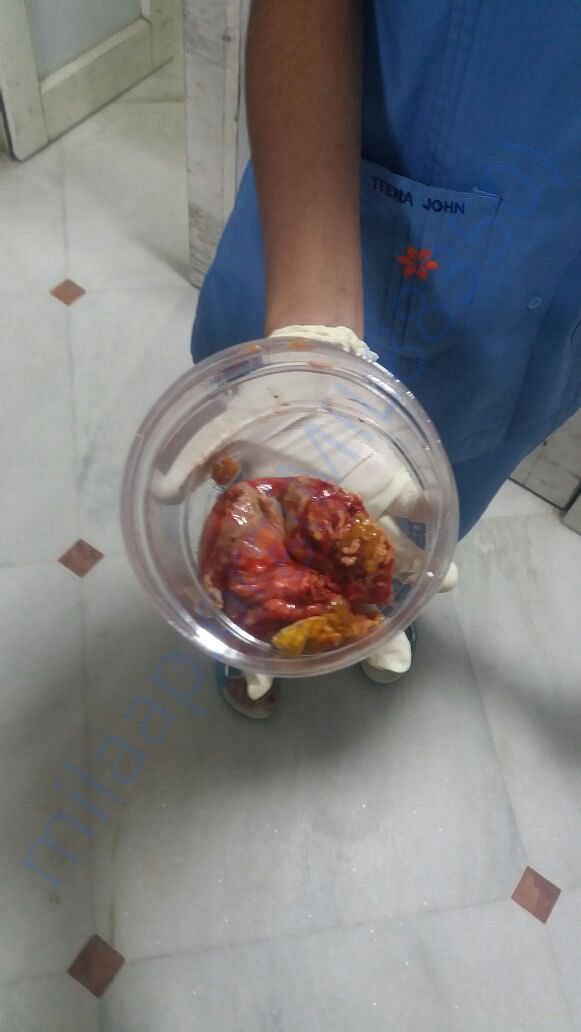 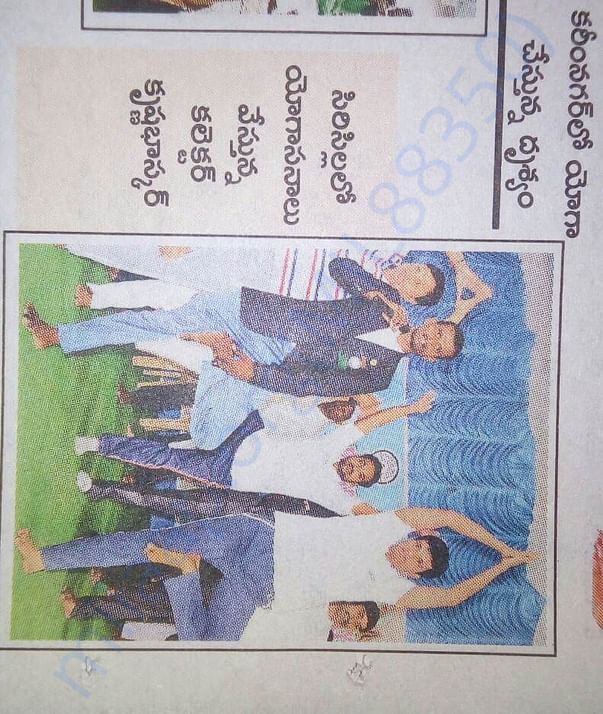 UPI: rzpy.givetomlpdevaya00001@hdfcbank (Copy to clipboard)
Or
Click here to read the instructions before you make a bank transfer.

Thank you so much for all your contribution for Devaiah. Please continue share the campaign link!
..
Donate

You are sending a message to
vasudha
Go back 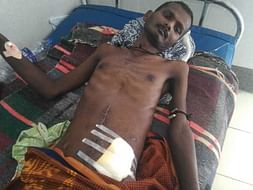 Help Devaya Who Is Sick