A Cancer In His Neck Has Robbed This 45-Year-Old Of His Life | Milaap
This campaign has stopped and can no longer accept donations. 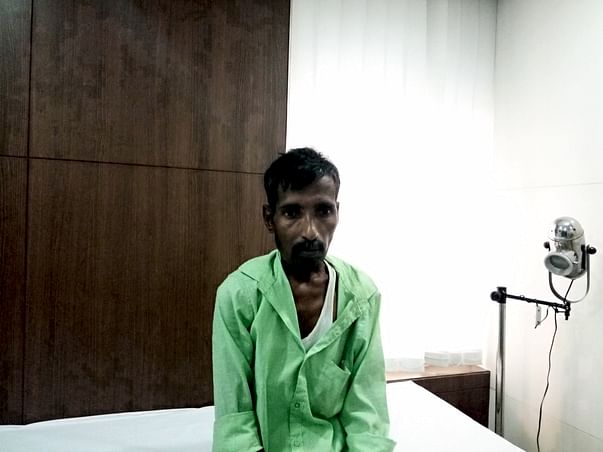 Basavaraju is a 45-year-old man with a cancer in his neck. He is a daily-wage worker who is unable to go to work because he can't eat, breathe or speak properly. He has no funds for his treatment and needs some financial support to get treatment.

December 2016 was when Basavaraju was paid last. It was when his cancer spread through his neck and he developed so many tumours that he couldn't speak. He lost weight from 50 kgs to 30 kgs. He was diagnosed with cancer and had to stop working.
Cancer has made Basavaraju a shell of the person he used to be
Since then – he has been too sick to work and all his treatment so far has been funded by the loans his older sister Sudha managed to get. She had managed to arrange only Rs 2 lakhs which has been used for the treatment so far.

Basavaraju's cancer is growing and threatens to choke his throat

He has taken radiation and chemotherapy till now. He needs to continue treatment that will shrink the tumours. But his family has exhausted all their funds and desperately need support.

Basavaraju's whole life has been full of struggle

Basavaraju's father passed away when he was very young. His mother was devastated and had nowhere to go. With the help of an uncle, his elder siblings took care of Basavaraju and Prema – the two youngest children.
Basavaraju's only family are his two sisters. Basavaraju with his sister Prema

The family's suffering did not end here. Basavaraju's mother developed a mentalillness and his older brother passed away a few years back. In the last 10 years, Basavaraju was on his own. He worked as a daily-wage labourer making tiles and earned Rs 5,000 per month.
It is the hazardous nature of his job that could be responsible for Basavaraju's cancer – his sister suspects. His two sisters are his only family now and they feel terrible about what Basavaraju is going through. They also feel bad that he does not have his own family standing by him as he fights this terrible condition.

Cancer has robbed Basavaraju of his speech and even his ability to eat. Our contribution will help this poor man stay alive. 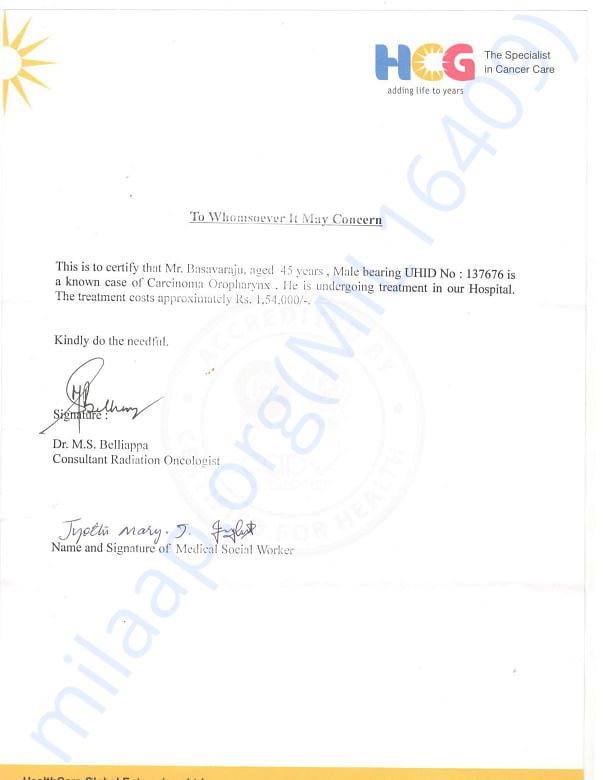 Basavaraju passed away a week back. Our hearts go out to this brave man who endured so much pain and fought so hard for his life but due to the severity of his condition he was unable to make it. Your timely support ensured that he received the best medical care. Funds from the campaign will be utilized for bills incurred by the family for Basavaraju's treatment.

The family is grateful for all the care and support you’ve shown Basavaraju. The past week has been the most difficult ones for the family. We hope they find strength in this time of grief. May Basavaraju's soul find peace. Please keep the family in your prayers.
Donate

21 Supporters expand_more
This campaign has stopped and can no longer accept donations.
$150 Million +
Raised on Milaap
Are you in need of financial support for medical or personal emergencies, or a social cause?
Start a fundraiser
Or
Know a similar organisation in need of funds? Refer an NGO
Campaign organizer contact_mail 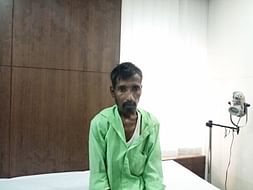