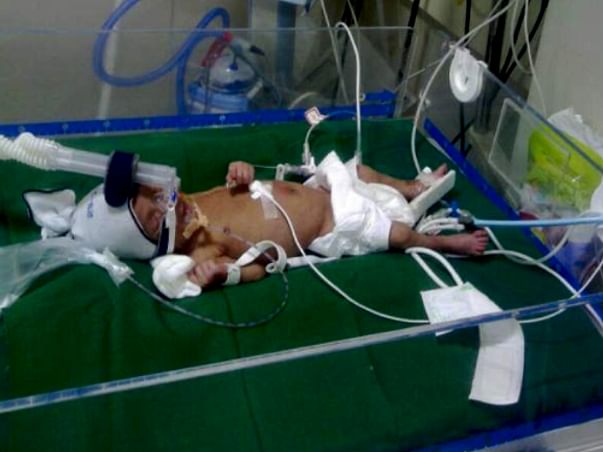 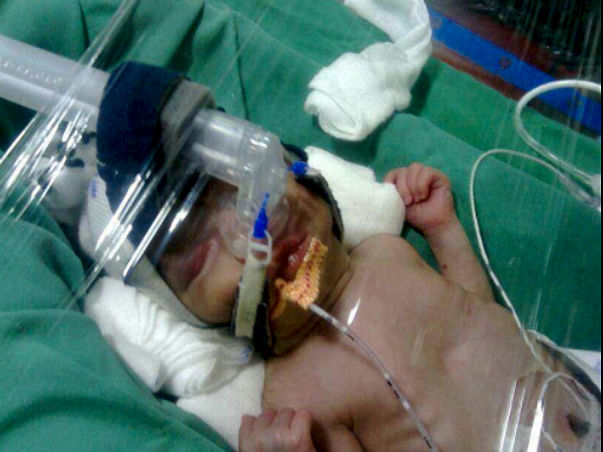 Previous Next
Baby Mehek, is a premature baby born after 18 years to unexpecting parents whose joy knew no bounds. A hand to mouth living family financially struggling for basic living needs were preparing to arrange all things right, like tests and scans in pregnancy, even though it was beyond their affordability.

At 30 weeks of gestation baby Mehek's mother's health took a turn for the worse as she developed very high BP and had to be admitted and monitored costing them a few thousands,  which itself was a big task.
At 32 weeks the BP of mother was very high which meant that they had to deliver the baby early. The delivery, a LSCS operation, was done at Shifa Hospital, Queens Rd Bangalore and the baby was born at 10:10 pm on 25th of April 2017 with prematurity, very low birth weight, respiratory distress syndrome and infection, resuscitated and then transferred by the neonatal transport team of Ovum Hospital to the Neonatal Intensive Care Unit at OVUM Hospital, Banaswadi, Bangalore.


Being a premature baby her lungs had not developed completely and therefore she was put on the ventilator and given a medicine to help her lungs expand. It was a mental shock as one hand, mother was admitted to the adult ICU and on the other hand little Mehek was fighting for her life in the NICU.

She took time with oxygen support and just as she started to improve on her lungs, she developed an infection of the stomach. She was then put on maximum intensive care support and was on verge of a NEC surgery creating an emotional, mental and financial distress for parents.

Being a naturally born fighter, she is fighting back to avoid a surgery and is now being monitored closely, as surgery is not completely ruled out. Injections and medication her only feed as of now she is asking your help so that she can live n see the world like all of us.


The doctors have told that treatment and support for the little girl can amount to approximately Rs. 5 lakhs even after the management has reduced the cost as she fulfilled their criteria for low cost bed, untill she recovers and with less than Rs. 10000 income per month, and other expenses like house rent n utility bills. Now adding medical expenses, her parents are unable to afford the cost. Even if they borrow, there is no way they can return it.

She needs your help now, being a newborn and never been out of NICU since birth, to nurse back to health, and get home as soon as possible to her parents lap. Please extend your support.

May God Bless your love and support.
Cost Estimate Certificate 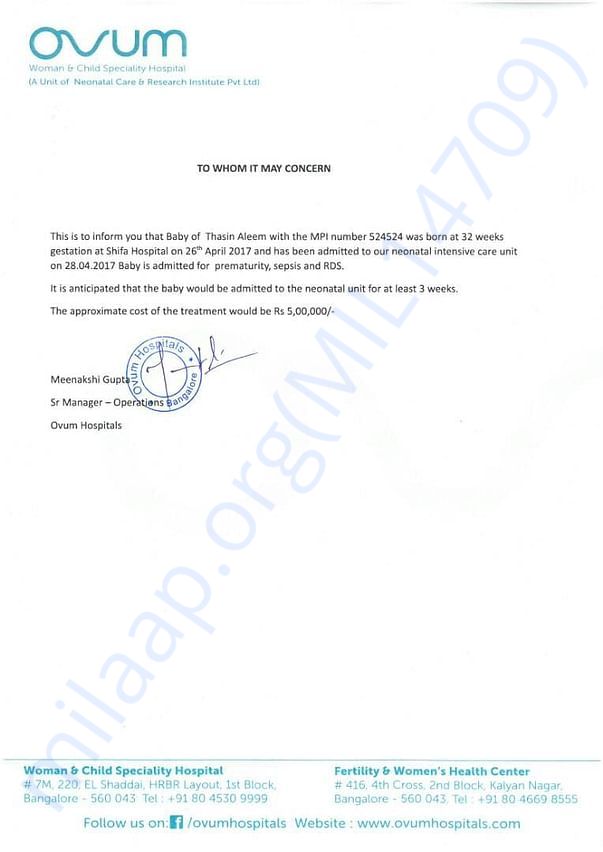 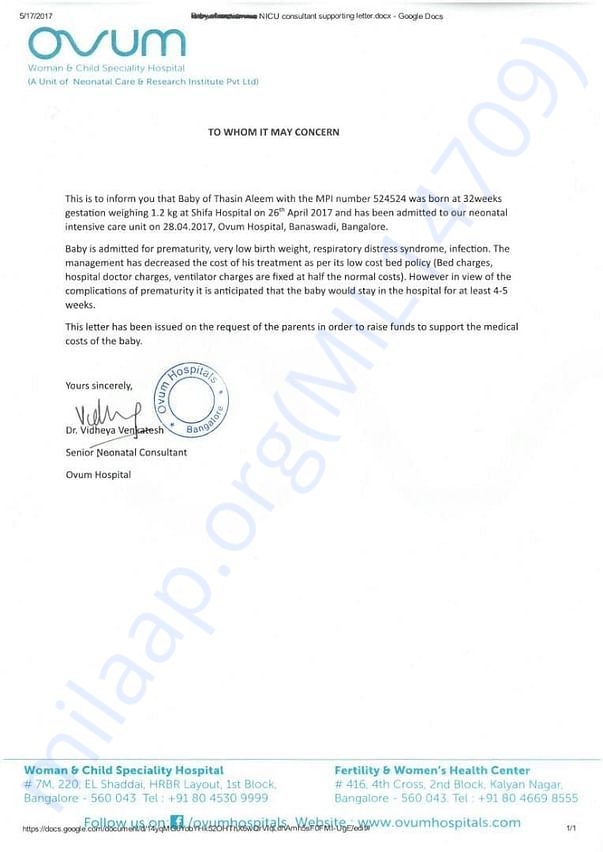 A very heartfelt gratitude to all donors for supporting baby Mehek's recovery from the NICU. Baby Mehek has shown considerable improvement and is on a positive progressive, thanks to God Almighty and all of you who have generously donated to help save her.

Her treatment cost has still not been met by the funds accumulated and her parents need to payback the huge debts incurred for support as well as the amount. We still need to get the funds circulating.

Thank you so much again.
Baby Mehek is showing considerable improvement and is being closely monitored and tried to be fed through a pipe. A heartfelt gratitude to all donors and for the love n prayers of everyone.  Baby Mehek still needs funds to paybavk treatments she has received and get home asap. Please do continue the support with same vigour.
Donate
Report fundraiser
See how thousands are crowdfunding for their causes on Milaap
Content Disclaimer: The information and opinions, expressed in this fundraiser page are those of the campaign organiser or users, and not Milaap.
If such claims are found to be not true, Milaap, in its sole discretion, has the right to stop the fundraiser, and refund donations to respective donors. 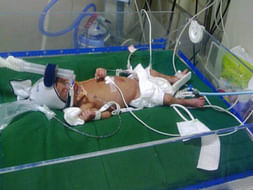