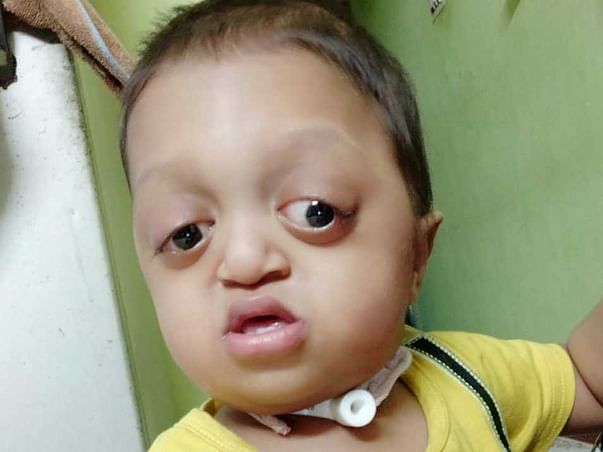 Share
Words by his mom who is my friend. When my baby was 30 days old he started having breathing difficulty so we admitted in hospital and found that his one side skull suture fused early and also due to that pressure his nose and midface bones became narrowed causing breathing difficulty. If the skull bone was not treated then it will not allow the brain growth, hence he underwent surgery and that problem was resolved, however due the pressure his nose bone became narrow and caused breathing difficulty, so before 7 months a hole was created in throat so that he can breath through that tracheostomy pipe temporarily untill his jaw bones become strong to correct the midface bones. Doctor is advising now that he can go for next surgery. So please help me to save my baby and make him live.