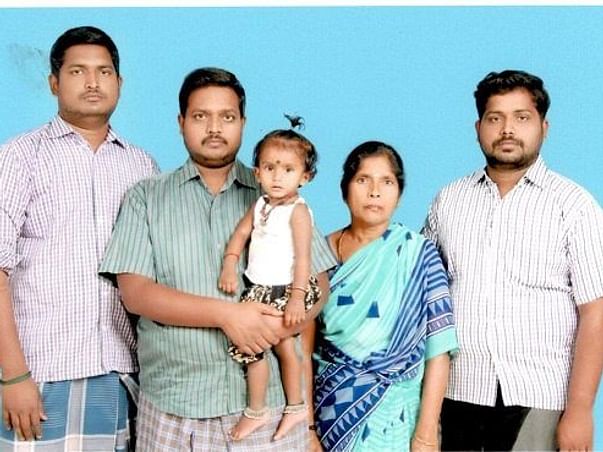 Azaguperumal a 32 year old gentleman from Dindigul has been diagnosed with a severe LV  systolic dysfunction- a progressive heart failure. He was under medical care since 2013 but no longer can survive on medications as the heart failure symptoms have drastically increased.

He has an elder sister and two younger brothers and lost his father at the age of 14 .  The family is from an agricultural background . He had to single handely take care of his family, financially as well.  Hence became a vegetable vendor and discontinued his studies.

Soon after his marriage in 2012, he started to notice severe changes in his body and was diagonsed with a serious heart problem - dilated cardiomyopathy (ENLARGED HEART ). This is where the heart muscles do not pump blood effectively and  the symptoms of heart failure develops
He did not understand the seriousness of the medical condition and continued with his daily routine, but soon found it difficult to cope up with his routine. The multidisciplinary heart transplant team  at Madras Medical Mission declared that it was time for him to get a heart transplant done .

The cost of heart transplant is approximately Rs -20-25 lakhs and it is beyond his family means to afford it. He has so far spent around Rs5 lakhs for the medical care since 2013 .

It is very difficult to pay for this as the whole family depends on his income.
Please do support Azaguperumal in getting back his old life again.