Help Niran Take His Daughter Back Home With Dignity | Milaap

Help Niran Take His Daughter Back Home With Dignity 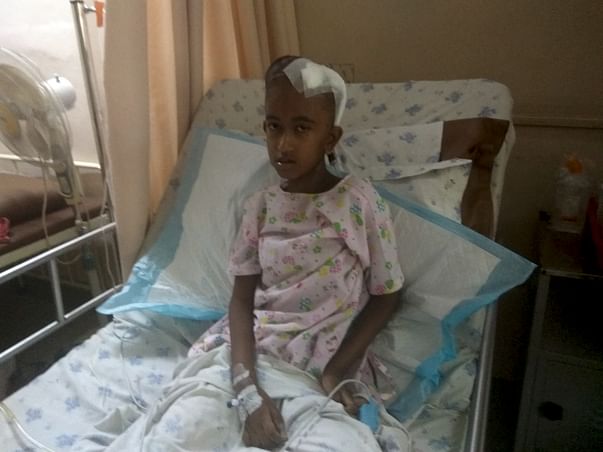 Asha’s father Niran sells Bhelpuri outside a school. At the ring of the last bell, when he sees children run out of the gate, he hurts at the memory of his daughter in a uniform. It’s been a year now since Asha went to school.
12-year-old Asha has, over the past 1 year become silent and withdrawn. She is easily scared and always distracted.

When It All Started

Asha used to get severe headaches, and started vomiting every time she ate something. This went on for a day or two, and when it wouldn’t stop, they consulted a local doctor. When the doctor told them they would have to visit a bigger hospital for this, her parents got a small sense of what was following. They still had no idea their 11-year-old was living with a real threat to life.

An MRI scan at a hospital threw light on Asha’s condition. She was suffering from a Brain Tumour (Thymic Glioma). Niren’s entire world came crashing down in pieces. His Bhelpuri cart gives him an income of Rs. 3000 a month. He had never felt that income would be too less to keep his daughter happy, or to give her the best of what he could in life, but now that amount seemed small and insignificant before the price to save his daughter’s life.
Saurabh, a medical helpline agent has been helping the family get Asha treated.
“They are very poor. When Asha’s treatment was going on, they had to go without food. There have been many instances where I have bought them food, groceries and other necessities. Niran is very determined. He would do anything to save his daughter,” Saurabh says.

“No father should have to watch his young child suffer before his eyes. I have sold chaat outside the school all my life, but my daughter’s life will be very different,” Niran says.
He wants to educate her and make her independent. She is his only promise of a better tomorrow for Niran.
Asha’s condition began to deteriorate. The pain worsened, and became unbearable. One evening, she had to be rushed to the hospital. A surgery was inevitable. There was no other way to keep the child alive.
The doctors went ahead with the life saving surgery. Finally, Asha survived. The tumour was removed.
The amount, though less than a Lakh is too much for Niran to pay. With your support this father will be able to proudly take his daughter back home.
Estimation letter 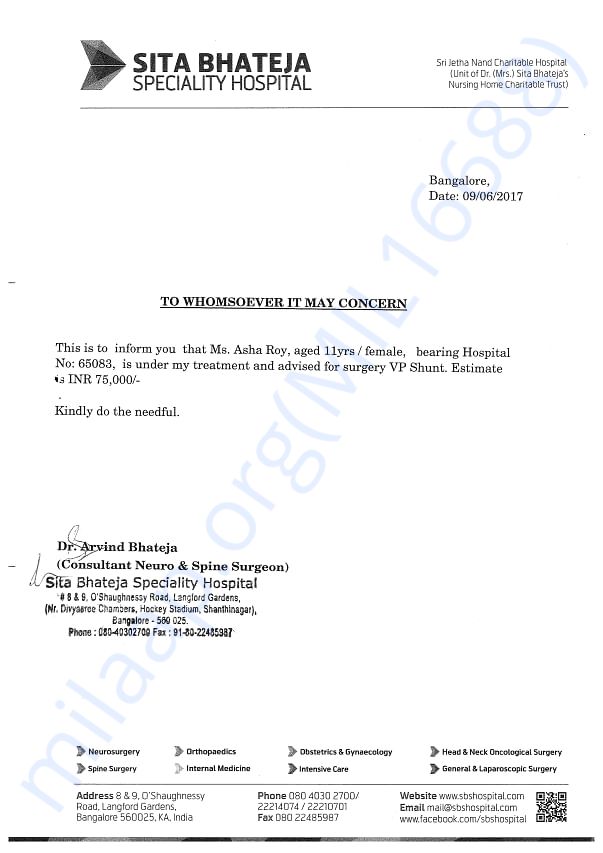 Donate
Report fundraiser
See how thousands are crowdfunding for their causes on Milaap
Rs.75,150 raised

Donated to this campaign via Paytm? Click here if you can’t find your donation listed below.
AA
Ashley donated Rs.5,000
A
Anonymous donated $100

Donated to this campaign via Paytm? Click here if you can’t find your donation listed below.
AA
Ashley donated Rs.5,000
A
Anonymous donated $100 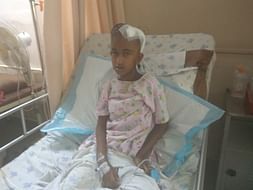 Help Niran Take His Daughter Back Home With Dignity