Cancer Took Away Her Husband, Now She Fights Alone To Save Her Son | Milaap
This is a supporting campaign. Contributions made to this campaign will go towards the main campaign.

Cancer Took Away Her Husband, Now She Fights Alone To Save Her Son 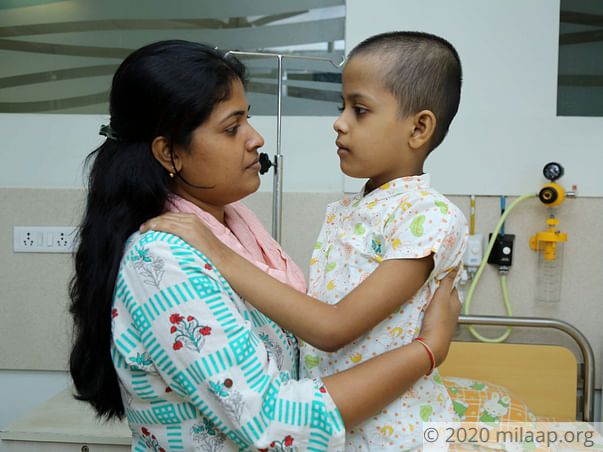 As Bani looks at the gap-toothed smile of her little son Anurag, only one thing goes on her mind - she doesn’t want to lose him to the same deadly disease that took away her husband about 7 years ago. Since her husband’s death, life has been downhill for both Anurag and Bani but they were happy in their own little world. Bani and Anurag have been living with her parents since then. However, the unpredictable future took a toll on them and little Anurag is now battling with cancer. He needs chemotherapy but Bani fears that without help she wouldn’t be able to save her 7-year-old son.

UPI: givetobanidatta5@yesbankltd (Copy to clipboard)
Or
Click here to read the instructions before you make a bank transfer. 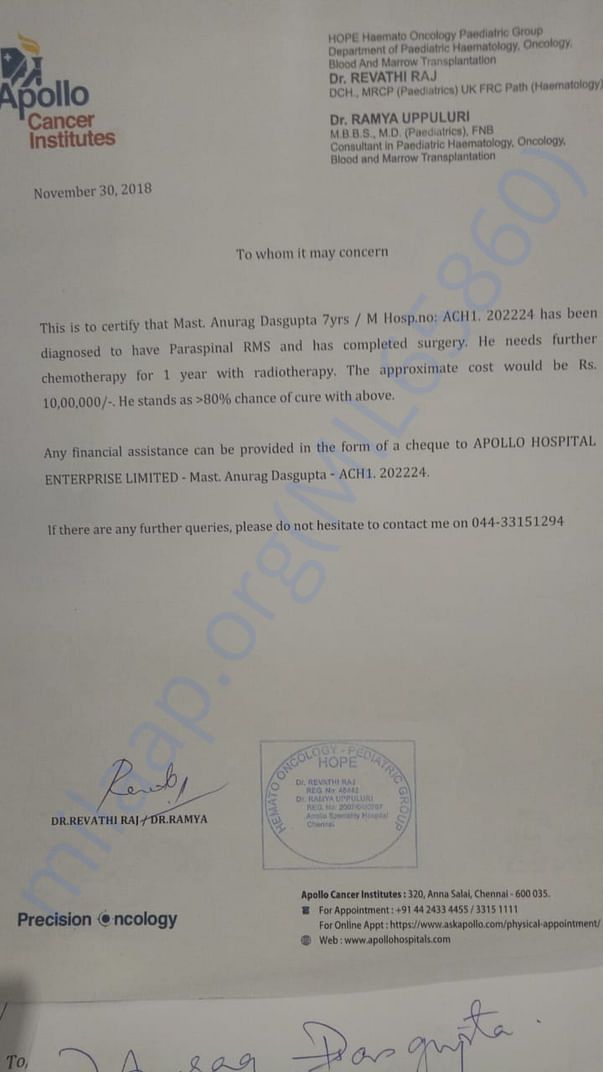 UPI: givetobanidatta5@yesbankltd (Copy to clipboard)
Or
Click here to read the instructions before you make a bank transfer.

Thank you for all the love and support you have shown towards Anurag.

Here is a quick update on his health. Anurag is undergoing his regular chemotherapy sessions and is responding quite well to his treatments.

He needs to continue his chemotherapy sessions for another 6 months. He is being given blood as well whenever his blood count is reduced. We shall keep you posted about his health.

Please keep supporting him and keep him in your prayers.

Anurag has had a long journey against cancer. He is far from home which is in Tripura and has not seen his friends so long. He has another 3 months chemotherapy here to complete the high dose schedule for rhabdomyosarcoma. Please keep supporting him.

Donated to this campaign via Paytm? Click here if you can’t find your donation listed below.
A
Anonymous donated $400

We were able to raise this amount from Aarav's birthday party. Thanks to our generous and kind friends!!

May Sai Baba blesses you with fast recovery.

May God help this kid become cancer-free and become a pillar of strength for his mother.

Donated to this campaign via Paytm? Click here if you can’t find your donation listed below.
A
Anonymous donated $400

We were able to raise this amount from Aarav's birthday party. Thanks to our generous and kind friends!!

May Sai Baba blesses you with fast recovery.

May God help this kid become cancer-free and become a pillar of strength for his mother.

A
You are sending a message to
Sumedha Namuduri
Go back 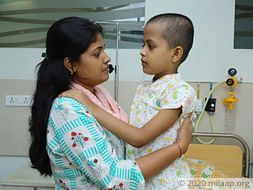 Cancer Took Away Her Husband, Now She Fights Alone To Save Her Son