Swiggy Delivery Boy's Mother Begs In Local Trains To Save His Life | Milaap
This campaign has stopped and can no longer accept donations.

For 3 hours, he was lying in a pool of blood on the road. The locals had taken him to a hospital but it was a police case. The doctors there said there was no hope. He had lost so much blood...he was losing more of it because his treatment hadn't started until the next day. We can't afford to stop his treatment but where will we get the money from? I have been begging in the local trains, asking strangers to save my son's life - what else can we do?"
- Babita, mother.

20-year old Anirban was celebrating a new milestone, he got a job as a delivery agent in Swiggy.  He had gone to pick up food from a restaurant to surprise his parents but he never returned home. An unfortunate bike accident happened - a vehicle rammed into his bike and ran off. Since 7th December he has been admitted in the hospital, every day so close to succumbing to his injuries.

We shall not give up, we will keep fighting to save him

Anirban had a lot of internal bleeding and had to undergo a surgery of the skull wherein a part of his skull has been removed. His condition was so critical that, even the doctors were apprehensive of operating on him. But his parents were ready to take even the 2 percent chance they had to save their son.

"Every minute, we live in the fear of getting an emergency call. They don't even let me see him for more than 5 minutes. Last week I went to meet him and he blinked his eyes. I thanked God so much for that. After 2 weeks, he had shown some movement. By the time,I went down to tell my husband about it, he had a seizure and was put on ventilator. In just five minutes, every hope I had to see my son get better was crushed again." Babita, mother

Anirban was determined to end his family's financial crunch

Anirban has been supporting his family with an income of Rs. 12,000. It was with his income that his brother could go to college. But now since a month, they have bills exceeding 12 lakhs and the only fear they have is if they are unable to pay it, Anirban's treatment will be stopped.

Arijit, Anirban's younger brother, had to drop out of college owing to financial crunch. His father had an accident in 2014 and mother had a cerebral attack in 2015. They have spent over 10 lakhs but now they need 12 lakhs more. Right now, they are unable to afford even a meal for themselves.

"My parents are aged and unwell, I have to take them to the hospital everyday and I stay with bhai all the time, get his medicines. In between all this, I'm unable to get time to find some work to be able to earn something. Ma already has had 2 attacks previously and seeing bhai (brother) motionless like this, I'm terrified…. it feels like I might lose my entire family now,"- Arijit, brother

Life would have been so different for Anirban if that unfortunate night didn't happen. He would finally support his family financially. His brother would be studying in college and wouldn't have to worry about getting their next meal. But, Anirban is unable to move at all and even when he opens his eyes for a minute, he can't hold back his tears for being so helpless. He wants to respond to his mother's plea - but he can't.

He is fighting every single breath in the hospital. Only you can help Anirban recover and get up on his feet again.
Estimation Letter 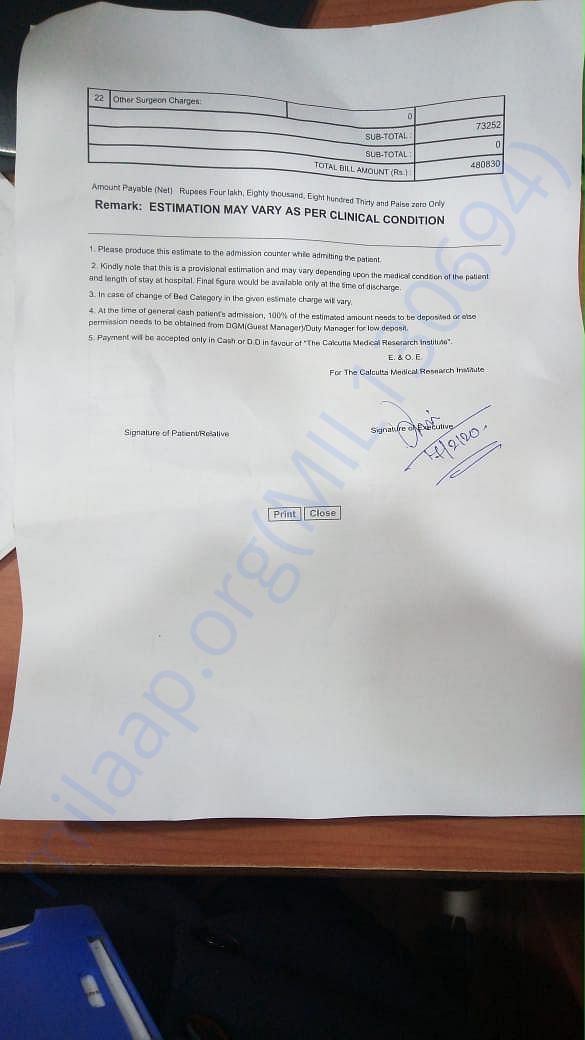 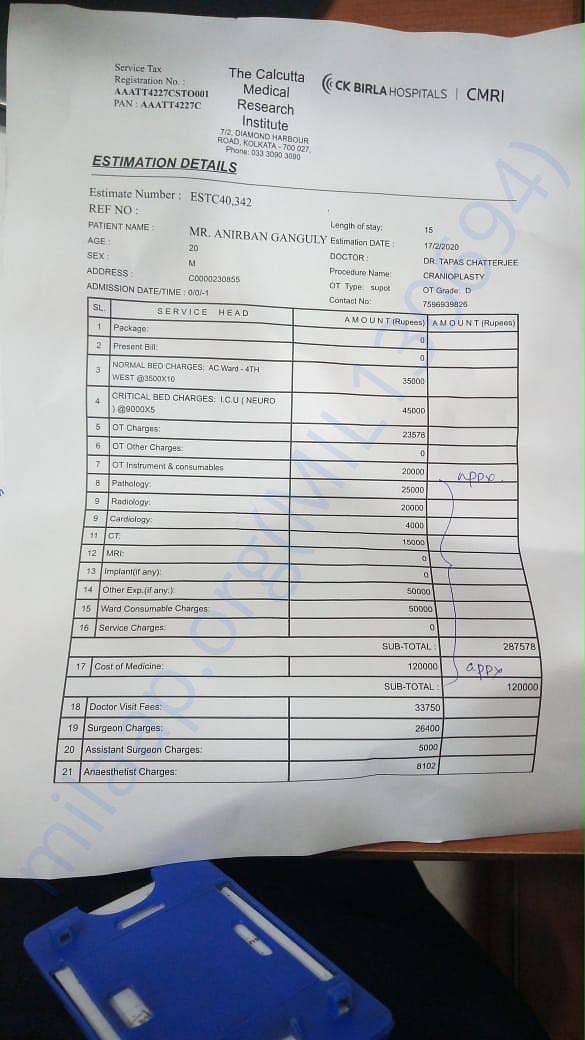 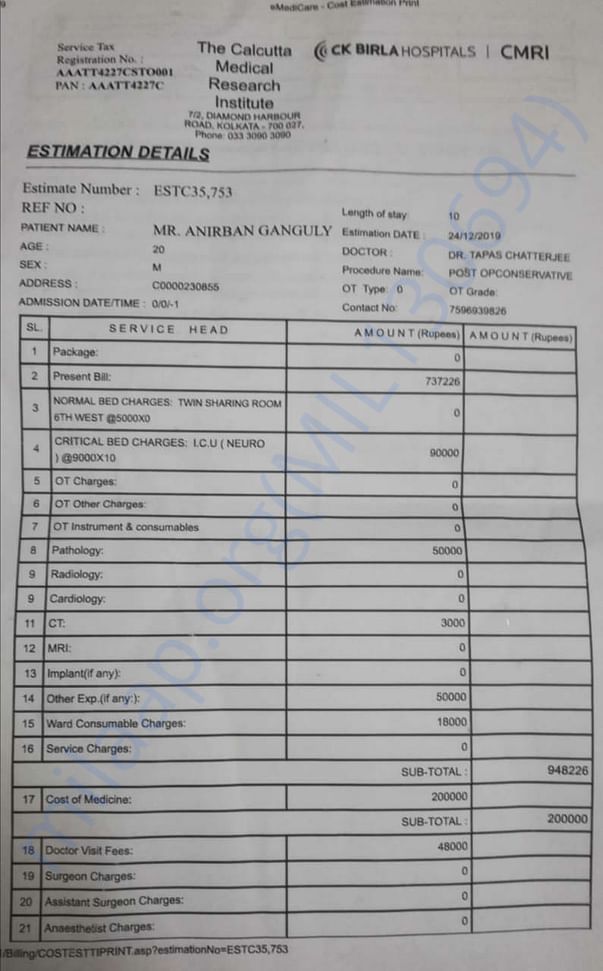 Thanks for all the love and support.

The surgery was successfully done. He got discharged yesterday. He is at home now. We have cleared all the medical bills, we will be stopping the campaign.

Thanks for all the prayers.

Anirban is admitted in the hospital and he has undergone surgery. He will be admitted in hospital for few more days.

Thank you for supporting him. 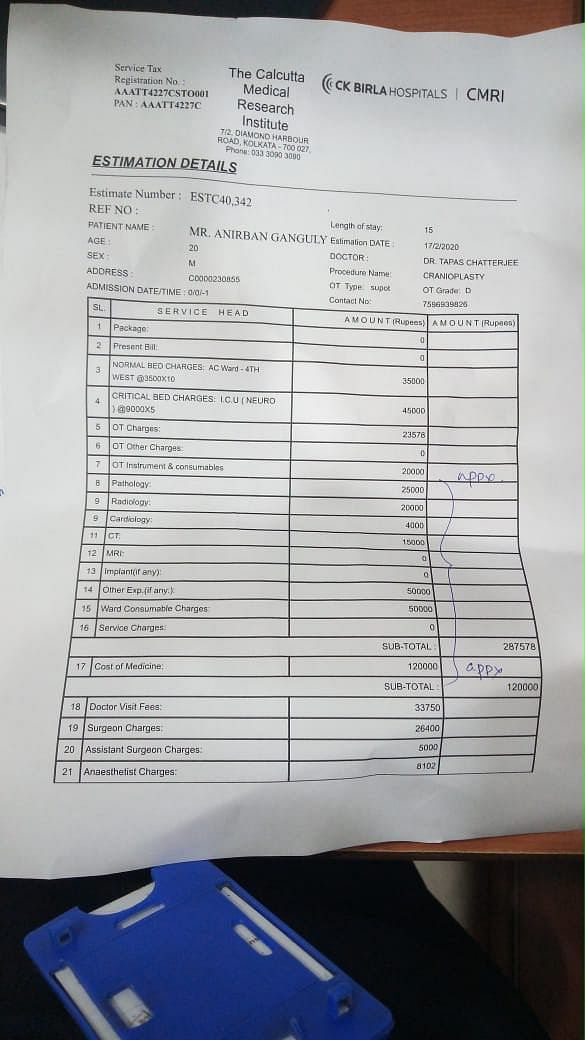 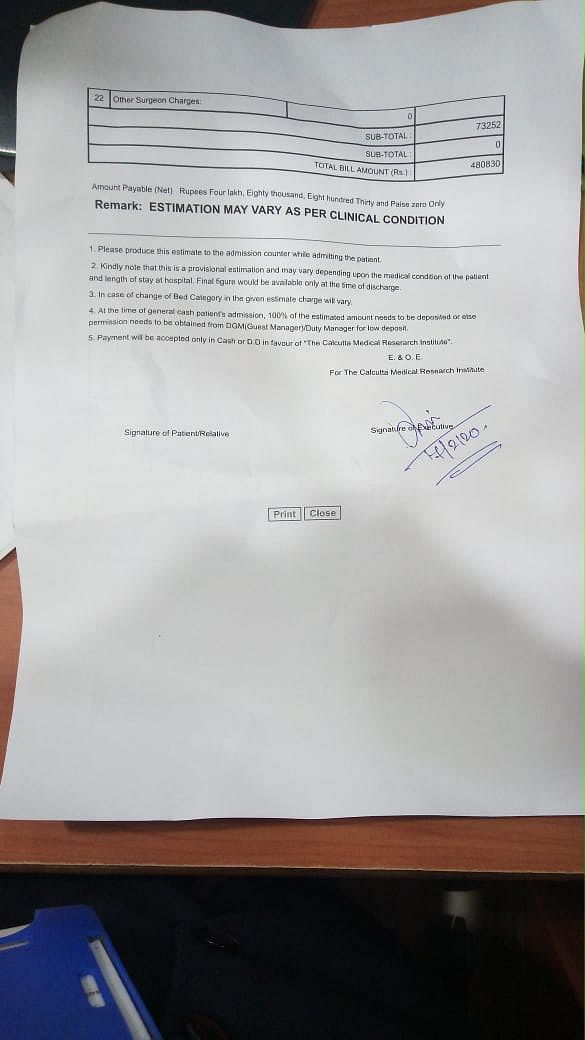 Thank you all for the wonderful support you have shown Anirban.

Anirban needs a brain surgery and he requires your support again. Please continue sharing the campaign. Here is the estimate from the hospital:

Get well soon. God will bless you

Get well soon. God will bless you

M
You are sending a message to
Madhumita
Go back 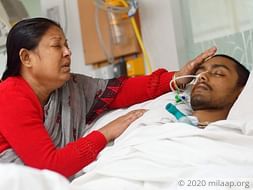