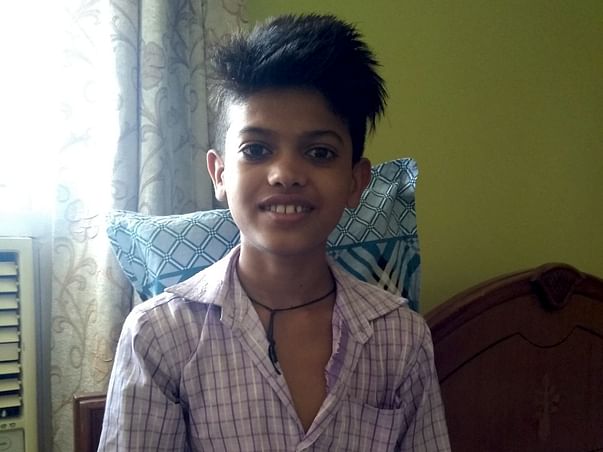 This fundraiser is for a 12 year old kid, Ajay Verma, my maid's son who has developed many big and small, severe Hypertrophic Scars on his left hand and one side (left side) of his upper body (till waist) as shown in the pic. This scar is the result of post traumatic effect of body contraction after burn injury from an accident that happened in his hometown, a small village, Urai, near Jhansi in Uttar Pradesh, in May 2017.

On that unfortunate day of May 2017, there was a Power Failure for a long time and hence lantern kind of emergency light was set up at home.  Suddenly the thunder storm and lightning started and that lantern type support light fell down on the child who was standing there by chance. It caught fire on his shirt so wildly that his shirt was just stuck on his body though his family tried all means to extinguish the fire at that moment. This resulted into severe burn injury on his left hand and left side of the upper body.
The family did rush the child immediately to some nearby hospital and his treatment got started as per the facilities available there in village. The initial few days and months treatment didn't relieve the child from the painful traumatic effects of the burns. So the family consulted all available doctors in each and every government / private hospital there, but no substantial effect observed till date from the provided treatment on the scar patches resulting from the burns as time has passed.

Even after 2 years of the accident, he gets fresh wounds and blisters on and off on the scars. Since then, the child has not gone to school because of ongoing treatment and chronic pain persisting throughout the day and night. In all, his childhood memories are full of pain and daily struggle to cope up with this situation along with the family.

About the financial health of the family, his father is a daily contractual labourer doing plumbing tasks and his mother is struggling hard in raising him and 2 sisters and supporting the finances by doing household chores daily in 8-10 houses in Ahmedabad now. The family has relocated to Ahmedabad in Gujarat since a year.

Ajay's mother got acquainted with me and my family in January 2019 as she became a household helper for our family. We decided to help the child and get him cured and visited several doctors in civil hospital as well as private, with the child, Ajay. We decided on a plastic surgeon, Dr. Devesh Mehta, who is genuine and willing to help Ajay. The doctor explained to us that the exact costing for multiple surgeries of Skin grafting will be around Rs. 3,00,000. He clarified that he can't take skin from Hip area in one go and graft it in entire hand first and then in trunk region scars but will have to do several sittings, say 7-8 sessions, by focusing on particular areas of hand and trunk region for grafting surgery. This cost encompasses of OPD charges and hospital stay, dressings for many days after surgeries, pressure garments and shoulder splint required as support in post care for perfect healing and recovery of the treated area(s). The Doctor has advised to start Ajay's treatment from mid June.

Please help Ajay by making a donation / contribution, no matter whether small or big, for his Surgeries to be executed in multiple sessions and give this child a quality life that he deserves. Every penny you donate will eventually solve the misery of the child and his family. Let's be the superhero to make Ajay's hopes and dream of curing all his burns and thereby relieve him from this eternal pain, come true and bring back the entire family's happiness.

With your kind contribution and humane gesture, these devastated parents will be able to save their little boy from this chronic pain resulting from his Scars via multiple Plastic Surgeries.
You can do DIRECT TRANSFER to Ajay Verma's Bank account OR PAYTM to his dad on 6355198793
Account Number: 2621101009235
Beneficiary Name: Ajay Verma
IFSC: CNRB0002621

UPI: rzpy.givetomlpajayverm002@hdfcbank (Copy to clipboard)
Or
Click here to read the instructions before you make a bank transfer. 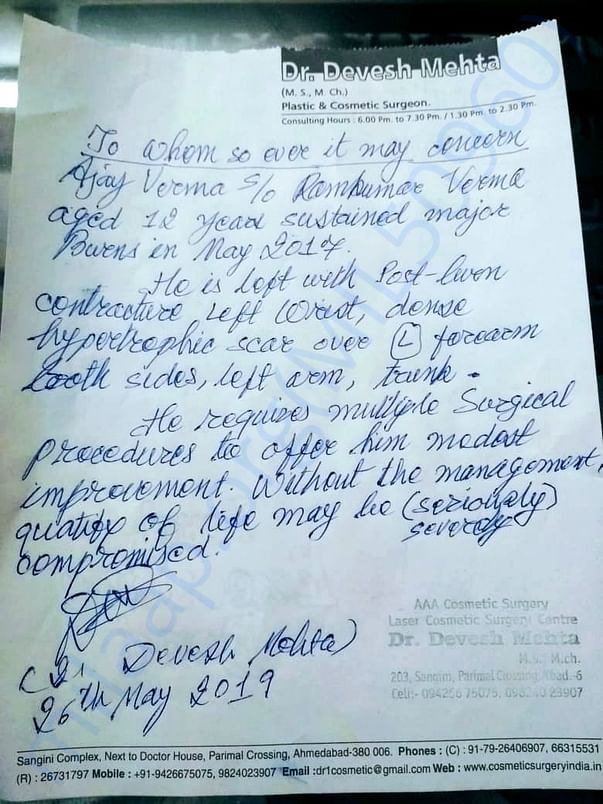 UPI: rzpy.givetomlpajayverm002@hdfcbank (Copy to clipboard)
Or
Click here to read the instructions before you make a bank transfer.

Ask for an update
Donated to this campaign via Paytm or bank transfer? Click here if you have not received an email confirmation from Milaap.
The first skin grafting surgery done on Shoulder has been showing quite good results and the child is very happy. And he is getting ready for skin grafting surgery of wrist part around September 2020, though it involves some complications and also taking extra precautions due to COVID so we had delayed the surgery till now.

Please do extend your kind help.

Still 2-3 more surgeries required for his burns healing and the first surgery has shown and is showing good results. So pls help the child to live a better childhood without pains and struggles
The fundraiser amount still not achieved and Ajay is still waiting for generous people to help him cure from his burns injury and trauma completely. He got 1 patch of grafting session done for an area near to his Shoulder and improvement is good and we seeking funds for his next grafting session in December 2019 on hand wrist which is completely lacking movement since years as seen in the attached pictures along with the story..pls help and contribute for this noble cause for giving light in the life of  this child.
Donate

Donated to this campaign via Paytm? Click here if you can’t find your donation listed below.
A
Anonymous donated Rs.1,001
RA
RITESH AMBASTHA donated Rs.5,000

Donated to this campaign via Paytm? Click here if you can’t find your donation listed below.
A
Anonymous donated Rs.1,001
RA
RITESH AMBASTHA donated Rs.5,000

You are sending a message to
Pushpa Makhija
Go back 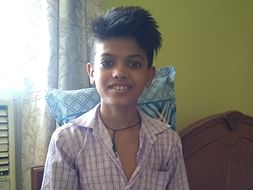