His Only Birthday Wish Is To Go Home, But Cancer Stands In His Way | Milaap
This is a supporting campaign. Contributions made to this campaign will go towards the main campaign.
Milaap will not charge any fee on your donation to this campaign.

His Only Birthday Wish Is To Go Home, But Cancer Stands In His Way 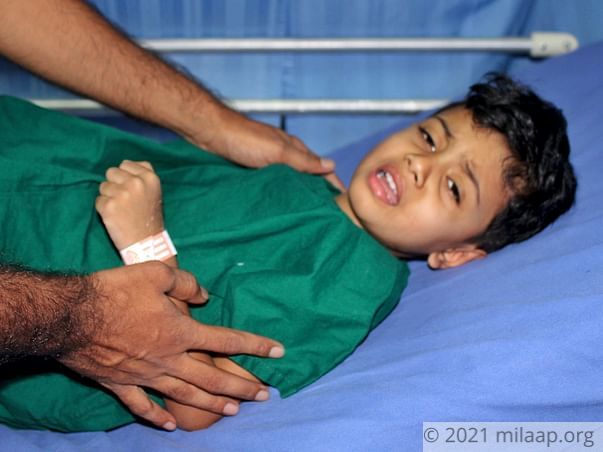 Little Hardik will turn 5 in the cancer ward later this month. Unlike his birthday last year, there will be no celebrations. When he asks his father with hopeful eyes, if he can go back home and take chocolates for his school friends this year, Darshan has nothing to say. Watching his only son suffer and weaken before his eyes has devastated him beyond words. Cancer has not only taken away Hardik’s happy childhood, but has left his parents completely helpless. Darshan was forced to quit his job to take care of Hardik, and now as he scrambles between the hospital and looking for a new job, he wonders how long he can continue his son’s treatment with the little money he has left. Hardik needs chemotherapy for the next 6 months to survive, but his parents have nothing to save him.

He’s been suffering since he was baby, and just when he was getting better, they received the news of his cancer

For the first one year of his life, little Hardik was a sickly child. He wasn’t feeding like other babies his age and as a result, wasn’t growing well. Darshan and Bhramara were worried, but over time Hardik got better. They spent the next 3 years celebrating his milestones. Hardik is now 4-years-old, and has just started learning to write. He brings home his school books every day and proudly shows his parents the stickers his teachers gave him. However, in August, Hardik started falling sick again. He had recurrent high fevers, and every time they thought he was improving, he would only get worse.


“He was in the ICU for 15 days before he was diagnosed with blood cancer. Things had just started looking up for us. When the doctors first told me about his disease, I never thought about money. I just knew that we had to do everything in our power to save him.” – Darshan, father.

With no income and mounting medical bills, Darshan is struggling to save his son from cancer

Hardik needs chemotherapy for the next 6 months, but Darshan has spent all his savings in just starting the treatment. He had spent so many days away from work because of Hardik’s hospitalization, that he was forced to quit his job at the private company he used to work in. It’s been one and a half months since Darshan has been able to go for work. He hasn’t even been able to look for a new job. With no income and depleting savings, Darshan is struggling every day.


“I came to Bangalore six years ago to try and make a decent living. My parents are very poor and work as farmers. With my salary, I was supporting them as well. We’ve spent 2 lakhs so far, and can’t afford the 7 lakhs needed for his chemotherapy.” - Darshan.

The weeks leading up to Hardik's birthday have always been exciting for him and his parents, but this time a dark cloud lingers. Hardik has been fighting blood cancer for nearly two months now. Hardik can beat cancer with chemotherapy but his parents are at a dead-end. They have nothing left to save their only child. Hardik can have a chance of a healthy and happy childhood with timely treatment, but he needs your help. 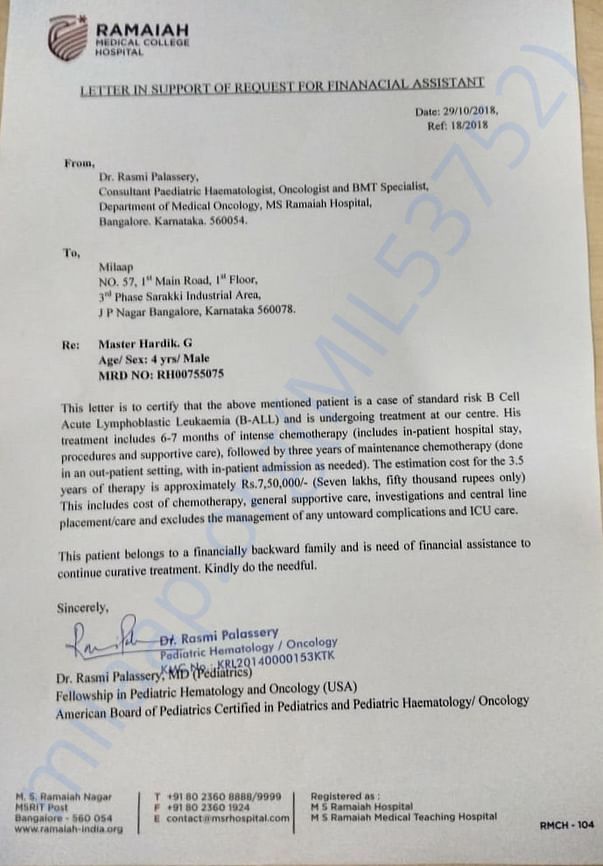 Hardhik is under maintenance therapy on regular OPD basis. He is doing good.

Hardik has been admitted for maintenance therapy and he is doing well.

Hardik is doing ok. He is undergoing chemotherapy treatment and responding well. He is stable and is recovering.

Scan & donate with any app
check_circle_outline Download payment receipt
Report fundraiser
Know someone in need of funds for a medical emergency? Refer to us
Rs.100 raised

Donated to this campaign via Bank transfer/QR Code? Click here if you can’t find your donation listed below.
A
Anonymous donated Rs.100
Report fundraiser

You are sending a message to
Ajith S Babu
Go back 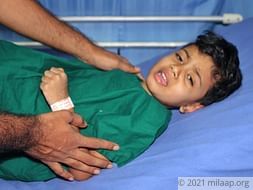 His Only Birthday Wish Is To Go Home, But Cancer Stands In His Way