Policeman's 10-Year-Old Son Battling Cancer Needs Help | Milaap
This is a supporting campaign. Contributions made to this campaign will go towards the main campaign. 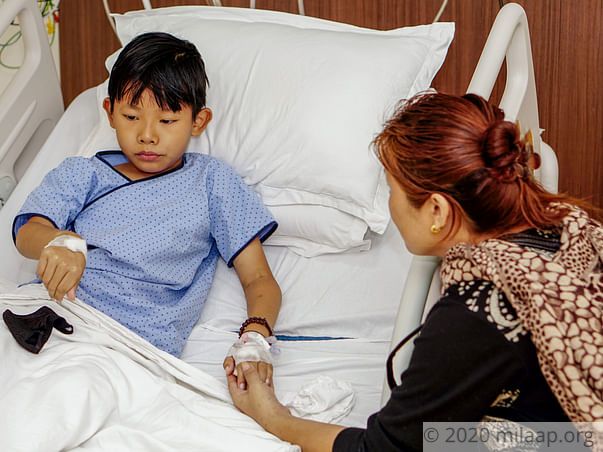 Kekhriezhakuo (fondly called Tia at home) is quieter than most children his age. During break time at school, one can always find him sitting at his desk, drawing or colouring. Just a few weeks ago, he drew a big Christmas tree and told his father, Leitho, that he wanted one for their home. Christmas is his favourite holiday because it’s the one time in the year when his entire family would come together.

However, Tia’s Christmas wish may not be fulfilled this year. Instead of being with his grandparents and his younger brother at their home in Dimapur, Nagaland, he’s in a hospital in Guwahati undergoing chemotherapy. While he might not be able to go back home for Christmas this year, he can fight blood cancer and look forward to many more years of his favourite holiday – but only if his parents can continue his treatment.

The young boy misses the warmth and comfort of his home

Every time Leitho drops Tia (10) to school, all his classmates would ask him “Do you also want to be a policeman like your father? Will you also wear a uniform like him?” and he would nod his head with no and meekly say he wants to be a doctor when he grows up. Even now as he spends time in the ICU, getting chemotherapy, Tia isn’t afraid of injections or doctors – he braves them with his calm demeanour, but cancer has worn him out. He is weak, and as much as he’d love to, he can’t do anything he loves.


“He’s been in the hospital ever since he was diagnosed last month. He misses home, above all. He wants to spend time with his younger brother and play they used to. He wants to listen to his grandparents’ stories and he wants to have the same strength he had before this disease.” – Leitho, father.

With treatment, his condition is improving

Tia’s grandparents call him often to check on him, but isolated in the ICU, the little boy doesn’t have much to do but stare into oblivion. Sometimes his mother, Naro, sits by his sides and tells him stories – but it’s just not the same for him. However, Tia’s condition is improving with treatment. He is slowly regaining his strength and has even started walking with his parents’ support. Tia needs to stay in the ICU and get chemotherapy to fight cancer and reclaim his childhood.

We Can Come Together To Help This Little Boy

Leitho’s income as a policeman isn’t enough to afford his son’s treatment for the next few months. He is the sole breadwinner of the family and has had to overcome many hurdles over the years. However, this is his biggest – in the years he’s spent in service, he has never been as afraid as he is now. He has already spent 1.5 lakhs on his treatment so far. While Tia's parents are struggling to continue his treatment, the young boy can make it with your support.

“We started his treatment in time, and he can make it if we continue his treatment, but we’re facing a financial crisis now. I just don’t have enough to save my son from cancer.” – Leitho.

UPI: rzpy.givetomlpkekhriez006@hdfcbank (Copy to clipboard)
Or
Click here to read the instructions before you make a bank transfer. 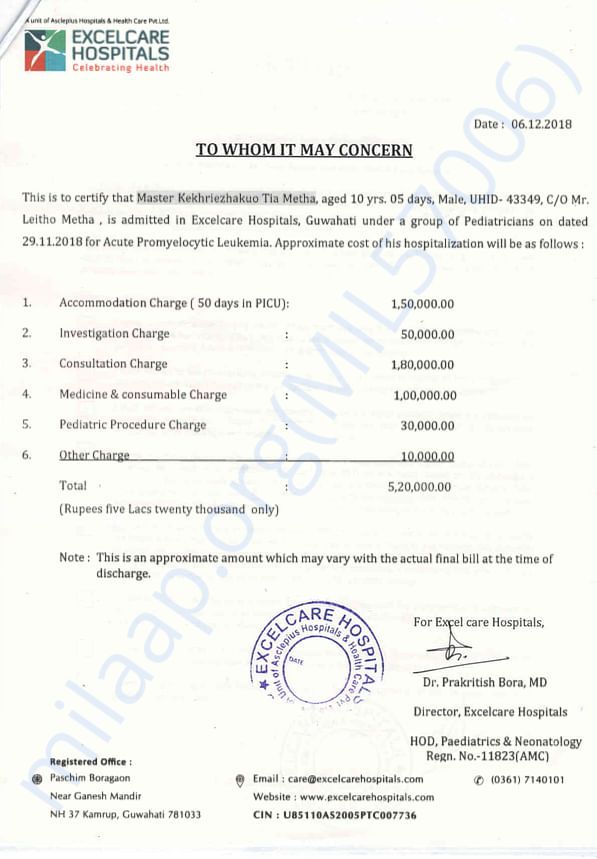 UPI: rzpy.givetomlpkekhriez006@hdfcbank (Copy to clipboard)
Or
Click here to read the instructions before you make a bank transfer. 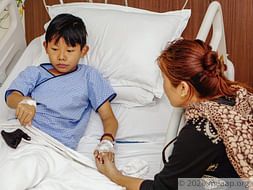