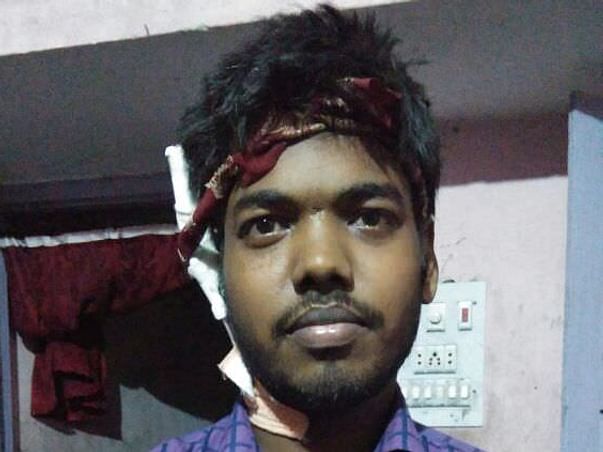 Share
We are friends of Ashish, a humble and down to earth person with an ever smiling face and unparallel willpower. He belongs to an agrarian family from Bihar, and despite all odds managed to become an engineer from NIT Rourkela. Unfortunately, he is now suffering from acute kidney failure and needs an urgent transplant. Ashish has numerous family responsibilities and is unable to bear the cost of the transplant. He has been denied any help from his company and his family has depleted all their savings during the tests and dialysis.
He was getting transplant in sir ganga ram hospital new delhi. Due to blood group incompatible he needed to go through various process of antibodies decreasing method.

Now he had gone through several processes of decreasing the anti-antibody A before getting the kidney transplant. But after three processes of ABO his mother (the donor ) was diagnosed with TB.

He was going to have transplant another day after the anti antibody comes to 1:4 . Sadly, the anti antibody A remained at 1:16. Now his blood antibody counts are increasing on a daily basis. So now his consultant has recommended to use another anti antibody filter which would cost him another 3 lakh and all the process would cost 4 lakh.
But before we would have started to use this new filter the donor his mother was rejected as a donor because of her severe arthritis problem. According to doctor her medicines are harmful for her kidneys.
Now he is in CMC Vellore. Here in the blood test the antibodies of b blood group is less that before. According to doctor there is a chance that he can get his father's kidney. So he is looking forward for the transplant as the transplant is the only option he has to stay alive and support his family. He also need the transplant quickly because his health is degrading day by day. He also got hepatitis b infection and he always has his fistula problem.
He has already depleted all of the funds which have been collected last year in dialysis and failed transplant attempt. The process of transplant was stopped in the last phase of transplant.
So he need a fresh round of funds of nearly 14 lac to get the transplant. This time if the luck helps him,he would get the transplant and would return to his job. In this way he would be able to help himself and his family. His problems and responsibilities doesn't end here.  He has a younger brother in college and an outstanding education loan.  Even he doesn't have a proper house to live in. His house is of tinshed. His father is a senior citizen and don't earn that much as to support his son's medical expenses. He is relying only on us for the transplant.
No contribution is small, and we will be very grateful to you for aiding Ashish in the battle. Please spread the word as far as possible, and reach out to us if you need any more information.