This 1-Year-Old’s Hands And Legs Will Be Amputated Because Of Gangrene | Milaap
This campaign has stopped and can no longer accept donations. 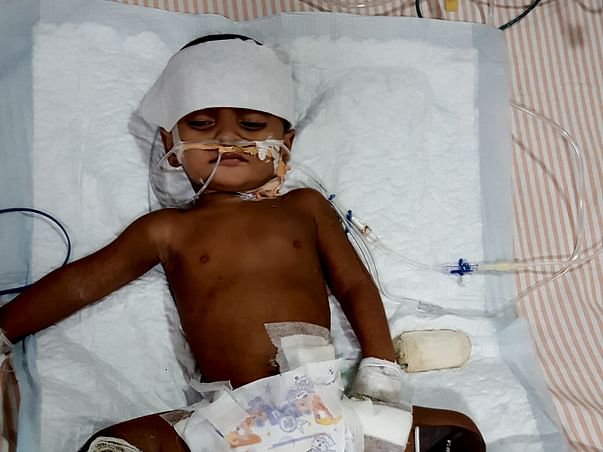 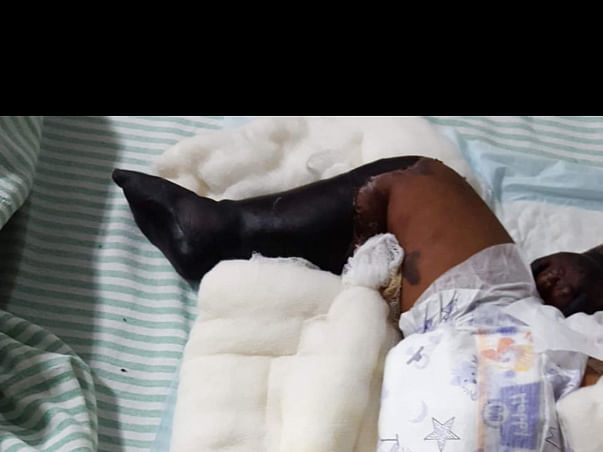 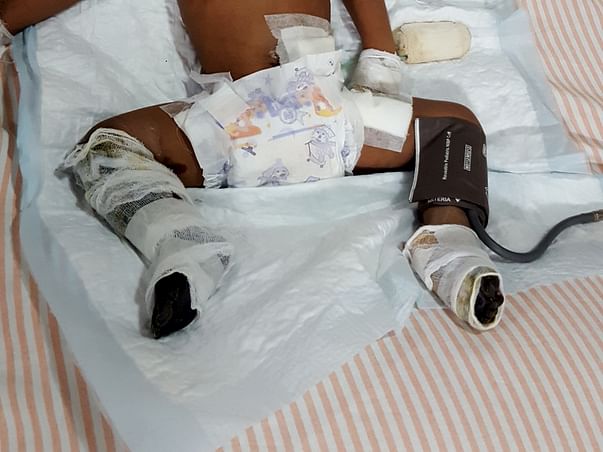 “His hands and feet are now completely black. He spent his first birthday lying in the ICU, fighting gangrene. He might not make it to his next birthday if it spreads to the rest of his body. They said we will need to get his limbs amputated” – Santhosh, father

Baby Vikas has been in the ICU for 2 months now. He can’t talk and can just about move. When Santhosh and Roopa go to see him, he moves his little hands forward, pleading them to carry him, but they can’t. Vikas needs to stay in the ICU longer to survive, but his parents are helpless.

This healthy baby's life changed in an instant

Two months ago, when Vikas had diarrhoea and fever, Santhosh and Roopa rushed him to the emergency ward of a hospital nearby– he was extremely weak. He was in the ICU for nearly a month, but no one could tell them why their baby was so sick. They suspected kidney damage, but when his little hands and feet started turning blue-ish black, they rushed him to another hospital.


“He was once again admitted to the hospital, but this time his condition was far worse. He was placed on ventilator support. In a few days, his fingers and feet turned completely black. Especially his right leg. They told us he has gangrene.” - Santhosh, father

If the gangrene spreads any further, the 1-year-old will lose his limbs

Baby Vikas has purpura fulminans, dry gangrene which is an acute and often fatal condition which manifests as blood spots, bruising and discolouration of the skin resulting from blood clots in the blood vessels within the skin. In the worst case, amputation is the only way to stop it from spreading to other parts of the body. The baby also has severe infections and multi-organ dysfunction.
Baby Vikas is now awake, but he can’t talk. His fight isn’t over yet. He needs to stay in the ICU longer and needs surgery to recover from the deadly condition.

Despite working all day, Santhosh is struggling to save their only child

Santhosh is a driver in Bangalore and earns Rs 13,000 per month. Roopa and he stay in the hospital as their house is far away. Santhosh goes for work every morning and returns late in the evening, but despite all his efforts, he can’t save his son. He has borrowed 11 lakh so far for the treatment from the family he works for, from his friends and his relatives. He just can’t afford to continue his son’s life-saving treatment any longer.


1-year-old baby Vikas is at the risk of losing his hands and feet without proper treatment. Your timely contribution can save his life. 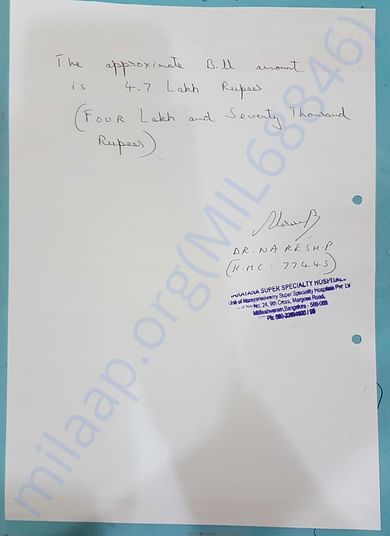 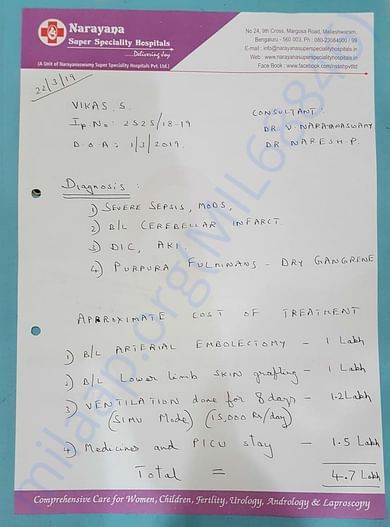 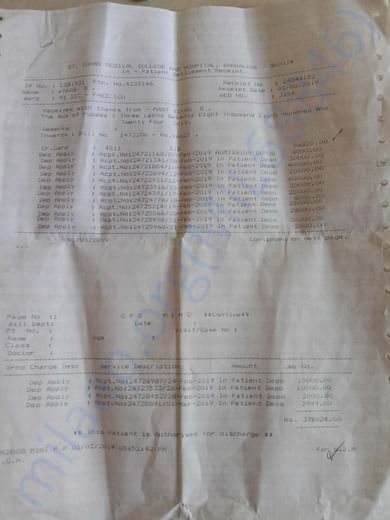 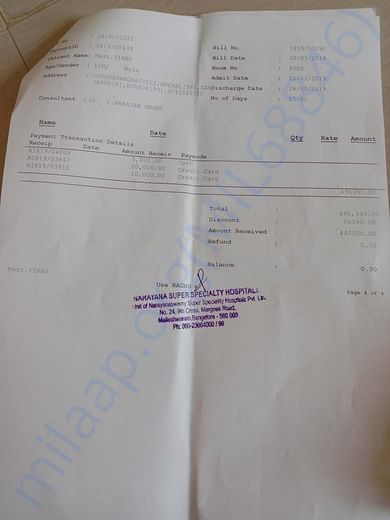 We would like to inform you that baby Vikas is now fine and his 6 fingers and 3 toes are auto amputated. He was on antibiotics so that the infection does not spread all over the body. The family is still recovering from the shock.

Baby Vikas is stable and is under constant observation. The surgery should be happening in the next 10 days. Kindly keep him in your prayers.

Thank You. We will keep you posted.
Dear Supporters,

The right foot gangrene is still bad and not showing any signs of improvement...

Plan is to perform an amputation of right leg....

Hope the best for this brave kid..

Report fundraiser
See how thousands are crowdfunding for their causes on Milaap
Rs.1,476,605 raised

U r a true warrior!! Don't dare to loose the battle

U r a true warrior!! Don't dare to loose the battle

You are sending a message to
DR Naresh P
Go back 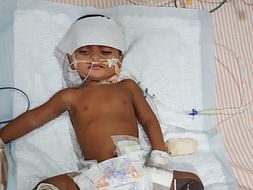