Fruit Seller Cannot Save 6-Year-Old Who Is Unconscious In The ICU | Milaap
This is a supporting campaign. Contributions made to this campaign will go towards the main campaign.
This campaign has stopped and can no longer accept donations. 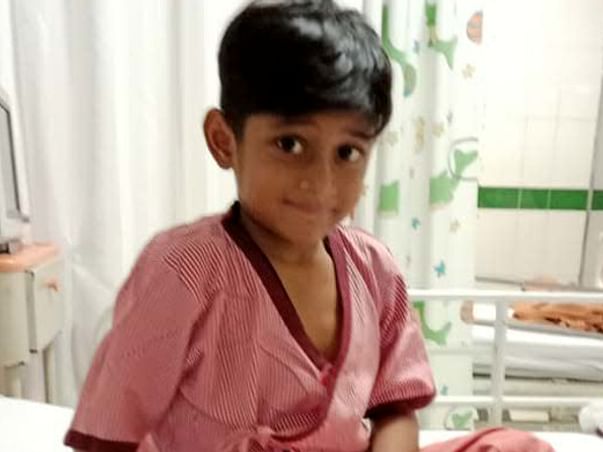 Mohammed Faraz hasn’t opened his eyes for 3 days now. It has also been since 3 days since his parents Shah Mazhar and Bushra have even had a sip of water, let alone eaten something. As he spends all day at the ICU by his son’s side, without sleep or rest, Shah can only think of the last words Faraz said to him before losing consciousness: ‘Papa, I think I’m dying.’


“His liver is completely damaged and it has resulted in a life-threatening infection that is slowly killing him. His body is giving up on him and if I have to save him, I need lakhs of rupees. I have already sold everything I possessed: my house, my utensils and clothes, and worst of all: my self-respect. I am still ready to beg and fall at the feet of anybody, I just want to save my son. He is the only thing I have left,”-Shah Mazhar, tearfully.

‘With Faraz running a 102 degree fever and almost collapsing, the journey was the longest three hours of our lives’

Mohammed Faraz was diagnosed with biliary atresia, a severe liver disease since he was just a 3-month-old baby. Repeated visits to the hospital and follow-up treatment as a result of persistent jaundice and fever had become a way of life for him. “He started believing that God had made his body yellow because he was unique. My boy had always been positive about everything and we didn’t want to make him sad,” recalls Shah. Faraz even went to school, made friends and lived a normal life until 3 months back when he began falling sick every two days. But 3 days ago his failing liver completely gave up on his body, and his body completely gave up on him.

“At 6 am that day, he told us that he was feeling very unwell, and told me, ‘Papa, please take me to the hospital fast’. He has never told us that before, and it scared us. I begged my neighbours and arranged enough money for a car ride and set out to the hospital in Delhi from Muzaffarnagar. With our son running a high fever and almost collapsing, we thought we would lose him even before reaching the hospital,” – Bushra, mother

The donor tests for the transplant itself cost Rs 2.5 lakhs, but Shah does not even have Rs 250 in his pocket

Faraz is suffering from a severe liver infection currently that needs to be controlled through ICU care, administration of antibiotics and supportive therapy. But this is not enough to save him from death – after his condition is stabilized, he will need a liver transplant at the earliest. This child is battling a life-and-death situation, but his father does not even have money for basic tests

“Whatever money I had collected that day was spent in hospital admission charges and to fund half of the treatment costs till now. I still owe the hospital a lot of money, but they are being patient and kind with me – knowing my condition. I have called up near and dear ones, and they say they will try their best to help, but time is running out. If something happens to him and he dies, I’ll also follow him to heaven,”-Shah

Shah sold bananas on a cart for a living, and used to earn Rs 3,500 on an average per month. The cart was the only thing he could truly call his possession, barring a few old clothes, and utensils. But he was forced to sell his cart and the other things for less than Rs 5,000 rupees, after his son’s condition worsened. “All that I owned costs less than Rs 5,000, that’s how poor I am. I don’t have money to even buy chai for my wife who has been crying uncontrollably from the day Faraz became unconscious. I just want to save my son, please help,” he begs.
Estimation letter 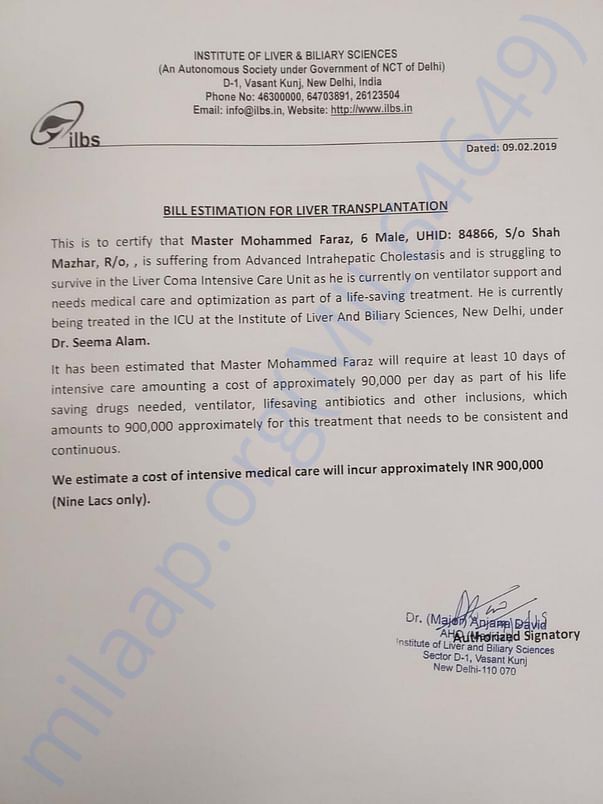 We have some unfortunate news to share with you today. Master Mohammed Faraz passed away. His health kept deteriorating despite of the best efforts from the doctor. He battled hard for his life but could not recover from the disease and left us for heavenly abode.

Withdrawn funds will be utilised to settle down the hospital expenses and help the family.

Thank you for your love and support.
May his soul rest in peace.
Regards,
Shah Mazhar (Father)
Dear Supporters

Thankyou for your love and support.

Master Mohammed Faraz continues to be critical. His doctors have said that his though haemodynamics are better. An X-ray has showed a collapsed lung but today there is some ray of hope in being better than yesterday. He has, however, developed a fresh bleed, which our doctors are working very hard to manage and control.

With your support, we have been able to give him blood and blood products and he has had another plasma exchange and is on the ventilator still. We are all hoping ,praying and working hard for him to improve.

Again, I want to personally thank each donor that came forward to contribute. God bless you all

Master Mohammed Faraz isnt out of his critical phase, although, his doctors have said that his parameters are settling and the septicaemia is more controlled. He will undergo a filtering treatment of his blood to help flush out the toxins more aggressively. The patient continues to be on ventilator. At this point, I want to personally thank each donor that came forward and contributed.

You are sending a message to
Geetika Wahi
Go back 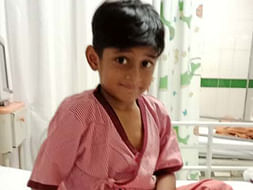