Gobind Is Trying To Save His Wife, Who Cannot Even Recognize Him. | Milaap
This is a supporting campaign. Contributions made to this campaign will go towards the main campaign.
This campaign has stopped and can no longer accept donations.
Milaap will not charge any fee on your donation to this campaign.

Gobind Is Trying To Save His Wife, Who Cannot Even Recognize Him. 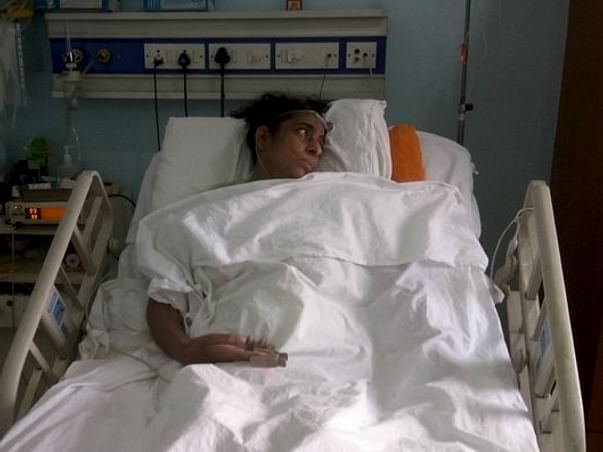 “About 8 months ago, when my wife started forgetting little things in the house, I thought she might just be distracted. Within a month, she could not remember if she had eaten in the last 2 days. Slowly, she forgot our relatives. Gradually, she lost the ability to talk, and today she cannot remember me or our 2 sons,” 42-year-old Gobind recalls when his wife Maninder’s ordeal began.
Today, he has quit his job and looks after his wife at the hospital, while taking care of his sons with some financial support from his brothers.

She would only forget little things in the beginning.

Maninder, a happy-go lucky 42 year old woman suddenly started forgetting little things. The little slips soon became very frequent. She began to forget more and more things as time passed. Slowly, she could not recognize her relatives and friends.  One day, her hand started to tremble unexplainably, and she began to fumble with words. Her husband Gobind took her to the hospital as soon as he realized something was not right.

They consulted every doctor possible.

When Gobind took her to the hospital, her tests showed “normal” for everything. Scans, sample tests all completely normal, but Maninder’s speech was steadily losing clarity. She was soon unable to speak entirely. She slowly started forgetting her own family.
This surprised the doctors. Gobind ran from one doctor and hospital to another. He even called up doctors in the US and UK through friends and family. It was the same.

There is still no diagnosis.

Some doctors thought it must be an Autoimmune disease. She was showing all the symptoms, but the reports revealed nothing. When the treatment for that did not work, she was given steroids. That failed as well. Surprised, the doctors suggested a brain biopsy to detect any cancer or tumour that was difficult to identify. Again the reports were clear.
Her spinal fluid was tested thrice, and her blood plasma was changed 5 times, but there was no diagnosis. Gobind has already spent lakhs in various hospitals, just trying to understand what has happened to his wife.

She has been in the hospital for 7 months now.

Maninder’s children wait for their mother to wake up. Gobind cannot leave her side for even a moment because he wants to be there when she wakes up as herself.
“I cannot take her home like this. She is just bones. For 7 months now my wife has been eating through a tube. This gave her ulcers in her foodpipe as well, and now the ulcers were surgically removed and the tube has to be inserted through a hole made just below her rib cage. My children cannot even bear seeing her like this,” Gobind says.

How you can help:

Without a job, Gobind is finding it difficult to continue her treatment. His elder son has finished school and cannot go to college due to lack of funds. Maninder, on the other hand cannot go home. She needs to be kept in the hospital while her diagnosis is found. Extremely complicated and critical, Maninder’s disease is worsening with every passing day, and her treatment cannot be paused even for a day.
“I have been married to Maninder for 21 years now. I have spent everything I had, and every penny I could arrange. I cannot give up on her. I will do anything I can to save her,” he says.
While doctors everywhere are still trying to find the exact cause, there are funds needed to keep Maninder’s seizures and infections in check, while conducting further tests and examinations. Having entirely exhausted all he had, Gobind is in dire need of almost 5 Lakh to keep his wife alive in the hospital.
A small contribution could keep Maninder alive. 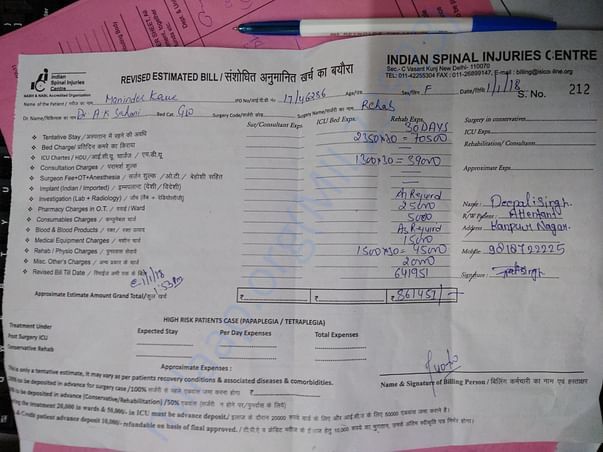 Maninder's condition is still the same as earlier, she was discharged from the hospital and her family is taking her care at home. Doctors were unable to find a diagnosis for her and the family ran out funds to keep her at the hospital. As of now, she is kept on a liquid diet and remain inactive most of the time.

It's tough for her husband and her kids to see her in this state. The family thanks everyone who has contributed towards the campaign and helped them in the toughest time of their life.

Here is a quick update on Maninder.
Currently, Maninder is in the hospital undergoing treatment. She has been in the hospital for more than two months.
She is able to open her eyes. She is not responding when the family calls her by her name.She has a long way to go for her recovery.

Thank you for your support and love extended to Maninder and her family. Please do keep her in your prayers.

Maninder's health is better. She is currently undergoing rehab buy has not gained consciousness yet. She is still admitted to the hospital.

Thank you for all the support you have shown her. Please keep her in your prayers and we hope she recovers soon.

RS
You are sending a message to
Ranjeet Singh
Go back 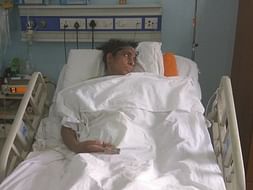 Gobind Is Trying To Save His Wife, Who Cannot Even Recognize Him.