Help Snehwan Educate 25 children of Drought Affected Farmers | Milaap
This is a supporting campaign. Contributions made to this campaign will go towards the main campaign.
This campaign has stopped and can no longer accept donations. 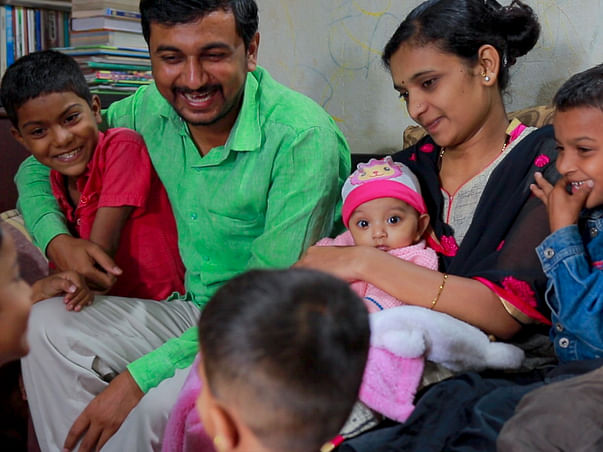 Ashok Deshmane was born in the Parbhani district of Marathwada. He grew up facing poverty and hunger. But he did not let that dampen his spirit. He got himself an education, a job, changed the course of his life and today he harbours an undying desire to help others in need.
Ashok says, “I have studied software engineering and was working in an IT software firm in Pune. I was getting constant updates about the drought in my village and the increasing number of suicides among farmers. I then began to donate 10 per cent of my monthly income to help the farmers,”

He was constantly worried about people back home and went back to see that the children roamed the streets, starving and unaware of anything that was out in the world. “When I was in Pune around in 2014, I gave free tuitions to children from the slums around where I lived. However, those kids had to move away and I felt I could have done much more for them,” Deshmane said.
With this spirit, he started his NGO, Snehwan in December, 2015. As a part of it, he decided to adopt kids from Marathwada belonging to families in which the farmers have committed suicides. Some of these kids are also from families who are in debt and are having a hard time providing for themselves.  "I felt if I had the will I would find the way. I began working night shifts, and for 8 months I continued to work towards setting up this shelter. A friend of mine gave away his old house of 4 rooms for the children to live in, and I got Snehwan registered. However, the night shifts began affecting my health.” So by August 2016, he quit his full-time job and dedicated himself to give quality education to the children.
He has identified 25 such kids from various districts of Maharashtra and provides accomodation to them at a donated apartment in Bhosari area of Pune. “If you want the next generation of farmers to do something substantial in the near future, it is necessary to educate them. And just basic education is not enough. Teaching them various subjects like computer science, music, dance, painting, etc is needed. It is required that children are taught according to their talents,” says the 29-year-old who has completed his Masters in Computer Science.
Deshmane got married in November 2016, and his wife Archana was more than happy to know about his cause and contribute to it. She cooks meals regularly for the one large family they have and is like a mother to them.
“My kids call my parents ‘Ajji’ and ‘Ajoba’, meaning grandmother and grandfather in Marathi. My father, in fact, teaches the students how to play tabla,” Deshmane said.


Deshmane and his wife are now looking to increase the size of their family by bringing in more and more children to their little haven near Pune. “But for that, we are also looking for a land around that is affordable and has a larger place to shelter more and more kids by the year. Having seen the same poverty they have, I want them to learn more and most of all, become better human beings.”

Your support will help bring light to many more children of draught affected farmers who are deprived of a better future because of lack of education.
Ask for an update
Donated to this campaign via Paytm or bank transfer? Click here if you have not received an email confirmation from Milaap.
Dear Well wisher,

Wish a happy new year to you and your family.
We are doing good and immense pleasure to share the Snehwan the updates with all of you.

We have the setup of the Computer training center with updated softwares and high speed wifi for children. Children are learning and enjoying a lot.


Also setup of Cow shed is done. We have cows to provide the pure milk for children.


We have a setup of the beautiful library for children.  Children reading books daily.


We are also teaching organic farming to children. Which we are producing our own pure and natural organic vegetables.

Thank you so much for your love and kind support dear friends.

Now we have started security wall construction for security reasons. There is laibord in the village area. All our nearest in closed to forest. So we need to secure the area from forest animals.

We are looking forward to getting your kind support in this cause. Please visit Snehwan once. Thank you.

We are glad to inform you all that Snehwan's story was covered by USA Today news channel on their Humankind Stories platform.
Very Proud moment for every Snehwan supporter.

We are glad to inform you all that Snehwan's story was published in the newspaper. Here are some of the photos.

KA
You are sending a message to
Komal Agarwal
Go back 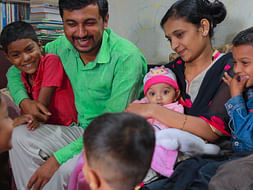