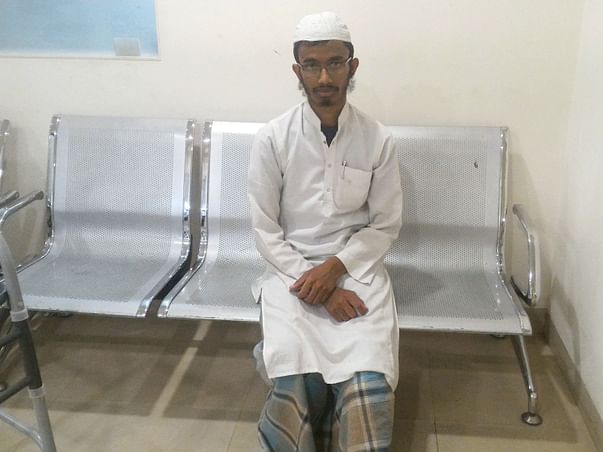 Share
19-year-old Yahiya had just one dream- to get a job and support his family. His father is the only earning member who supports the family.
It was during one such visits to an employer that Yahiya noticed that his knee was hurting. He ignored the pain all these days, but that day it seemed to be intolerable pain. In the next few days he observed that he is extremely weak and there is also swelling near his knees.
His parents took him to a hospital in Tumkur. Even after medications, his pain only got worse. He was referred to Manipal hospital by the doctor in Tumkur. Yahiya underwent a biopsy only to know that he is suffering from osteosarcoma, a form of bone cancer.

This Family Survives On The Daily Wage Worker’s Income

His father is a daily wager and his mother is a homemaker. He has a brother who has just completed his 12th grade. Since the family has exhausted their money on Yahiya’s treatment, his brother cannot go for further studies.
Yahiya wanted to get a job so he could save money for his brother’s education. But now, more than the cancer, it is this thought that is troubling this 19-year-old.

How Your Help Will Save Yahiya

He has been advised to undergo chemotherapy immediately. Once he completes 4 cycles of chemotherapy, he can undergo a reconstruction followed by chemotherapy. Yahiya has high chances of recovery and the approximate treatment cost is nearly 6 lakhs.