Help A Millennial Fight Cancer | Milaap
Milaap will not charge any fee on your donation to this campaign. 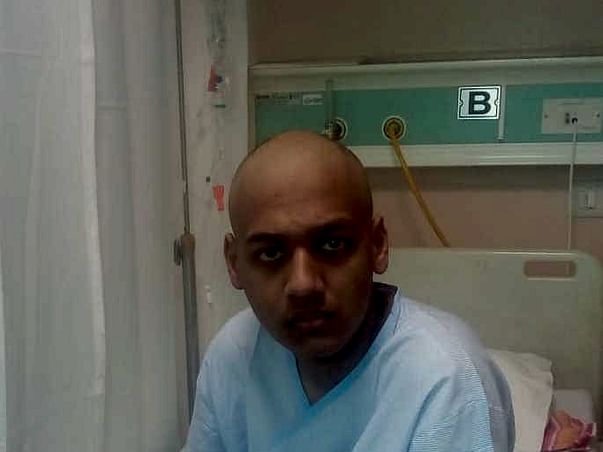 Its May 26th, and my Dharma Bhabhi is happy and worried at the same time. Like most Indian mothers, she frets about her children's career all the time. Her elder son, Mannu (Gaurav Mehra) scored 90.4 in CBSE in PCM, but hadn't filled out any engineering exam.
She calls me to ask if there is any exam that could be filled out yet, so that Mannu doesn't have to waste a year. I ask around and help her best I can. A few days later, I ask Bhabhi whether Mannu decided to go to college that year or prep for IIT.
She tells me, that will have to wait because Mannu is diagnosed with cancer. To think that Mannu, a sturdy boy from the hills, who was already towering over me when he was 12 years of age, is suffering from Acute Myeloid Leukemia. There was nothing for me to say after this. I just hoped for a miracle that could make this go away.
Mannu’s parents have precious little in saving. Bhabhi is a devoted mother and homemaker while her husband sells tea and snacks in Bhimtaal. Still, as parents usually do, they wanted their child to have the best care possible. They put all their life-savings for Mannu's diagnosis and chemotherapy, which is ongoing in Gangaram.
Chemo doesn't completely eliminate the risk, so the doctors recommended a Bone Marrow Transplant operation should a suitable donor be found. This is not an easy occurrence; but probably as part of God's funny plans, Mannu's little brother is a 100% match for Mannu's medical requirement.
This operation, however, and Mannu’s odds of survival will come for a cost that the family has no means of bearing. They have spent close to 15 lakhs for the treatment so far but the cost of transplant will be an additional 15-20 lakhs.
An 18-year-old, who worked hard, studied hard and did everything to see his parents happy and relieved, is now fighting a different and much harder battle; for his life. His mother, who used to fret about what her children will become tomorrow, is unsure of whether a tomorrow is due to her child at all.
This family are fighting some very hard odds that can only be beaten if more of us join their struggle. Please help by contributing any amount you can.

I am rejoiced by the constant love and support given to Gaurav (Mannu).

I am glad to inform you that he is presently at home and underwent his operation successfully. He is visiting the hospital regularly for checkups and in under medication.

We are very hopeful of a complete recovery soon. Thank you all for being there with us during such difficult times.

Below is a picture of Gaurav after discharge:

Thank you all so much, Mannu's operation has been completed. He, his parents, brother and I are very grateful for your generosity and kindness. Will be sharing a detailed update soon.

Scan & donate with any app
check_circle_outline Download payment receipt
Report fundraiser
Know someone in need of funds for a medical emergency? Refer to us
Rs.105,811 raised

You are sending a message to
Aastha Rai
Go back 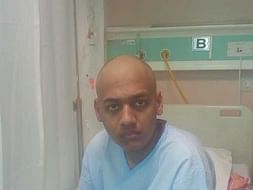