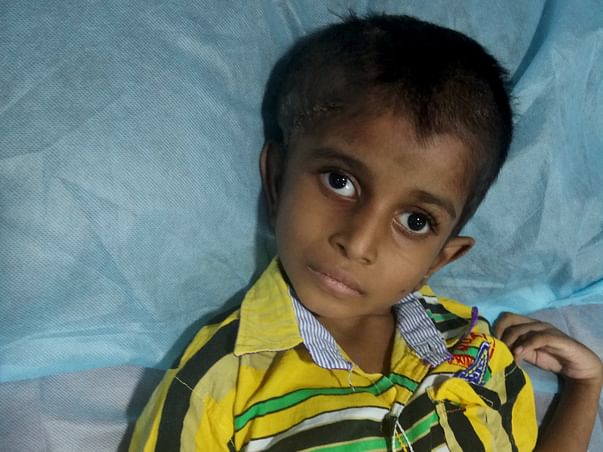 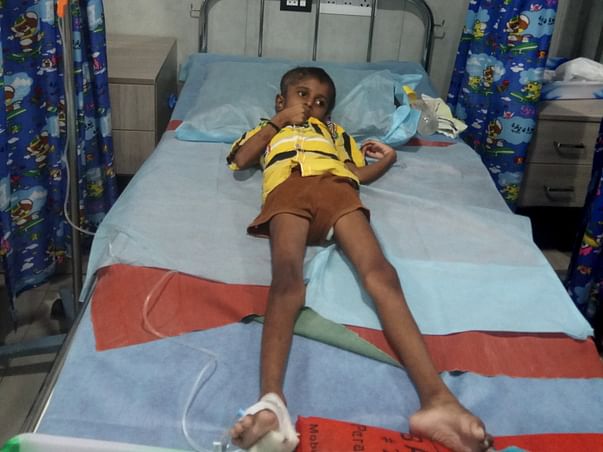 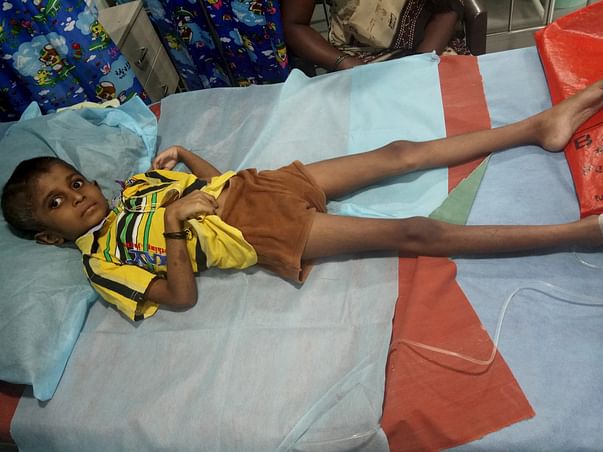 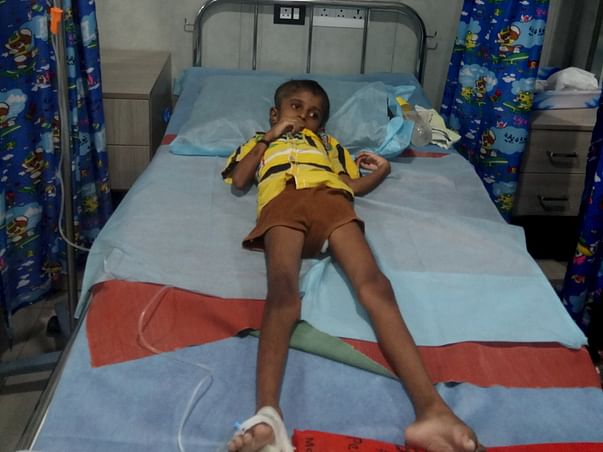 Little Jayamathi is 7 years old. Until last year, she led a normal life, going to school, drawing, painting, dancing and making new friends wherever she went. It was 6 months ago, that her life changed overnight. The little girl had a headache. Her parents could never imagine she would be diagnosed with Brain Tumour the next day.

For Jayamathi and her family, life changed overnight.

6 months ago, it started with a headache, and a feeling of heaviness in the head. Jaya’s father Saravanan works in a production company, while her mother is a preschool teacher. The simple, unsuspecting couple rushed to the doctor. A couple of tests revealed what was beyond their imagination.
By 11 the next morning, their cheerful and friendly little daughter was diagnosed with a life-threatening disease.
Little Jaya was diagnosed with Brain Tumour.
Saravanan’s world came shattering down around him. His 6-year-old daughter had a tumour in the brain. He immediately pulled himself together and got her treatment started.
“The little one was scared, but she trusts her father a lot. She clings on to his sleeve while he talks to the doctors. She hates what she is going through, but only believes her father can save her from anything in this world,” Saravanan’s friend says.

She has already undergone more than 4 surgeries, and needs one more.

Little Jaya has already undergone over 4 surgeries. After the first two surgeries, she had trouble urinating, and had to undergo a surgery for that as well. All these months in the hospital and the processes have changed her totally. The little one has gone through a lot in the last 6 months. She wants nothing more than to go home soon. She has a chance to recover from this deadly disease. She needs one last surgery to save her life right now.

Saravanan and his wife have both quit their jobs.

Having spent most of the past  months in the hospital, Saravanan and his wife have both quit their jobs to be able to spend more time with their little daughter. They could not leave her side even for a minute as she fought a brave, strong battle.
The couple has already spent over 7 Lakh, and cannot afford the final life-saving surgery.

Having quit their jobs, and having spent the past 6 months in the hospital Saravanan and his wife are drowning in debts while they helplessly wait for a miracle to save their baby.
Your contribution can help little Jayamathi take the final step towards a healthy life, and get rid of the painful, fatal tumour forever. 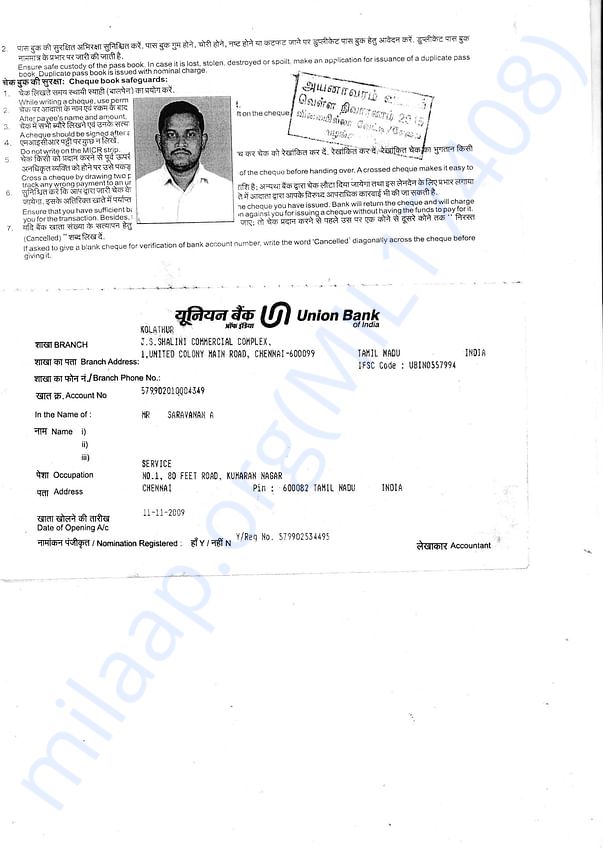 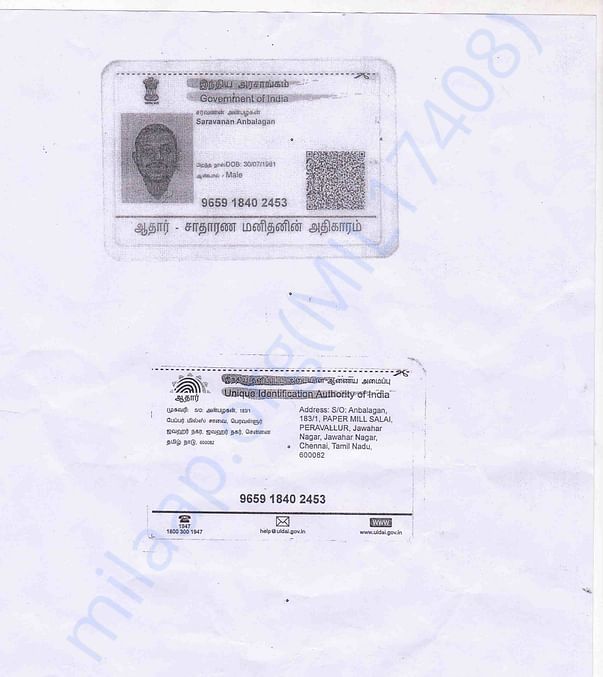 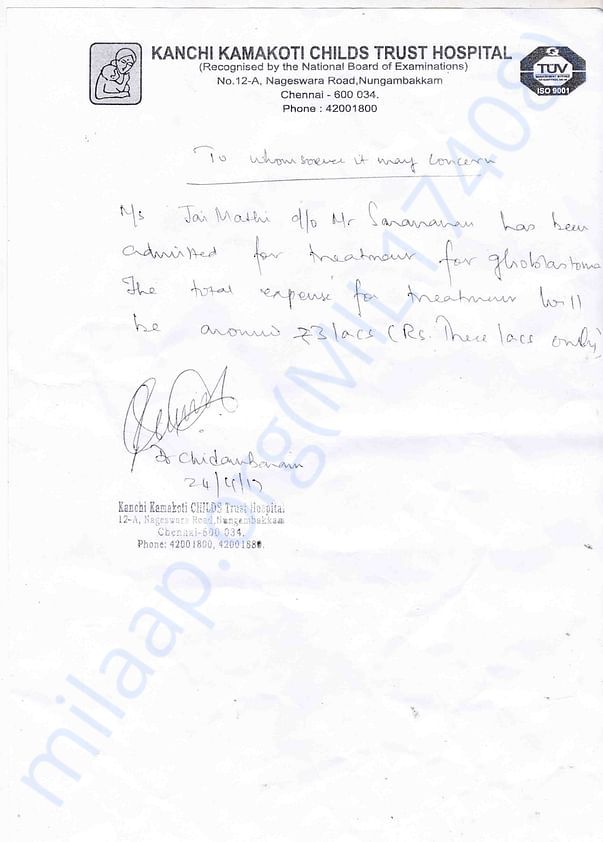 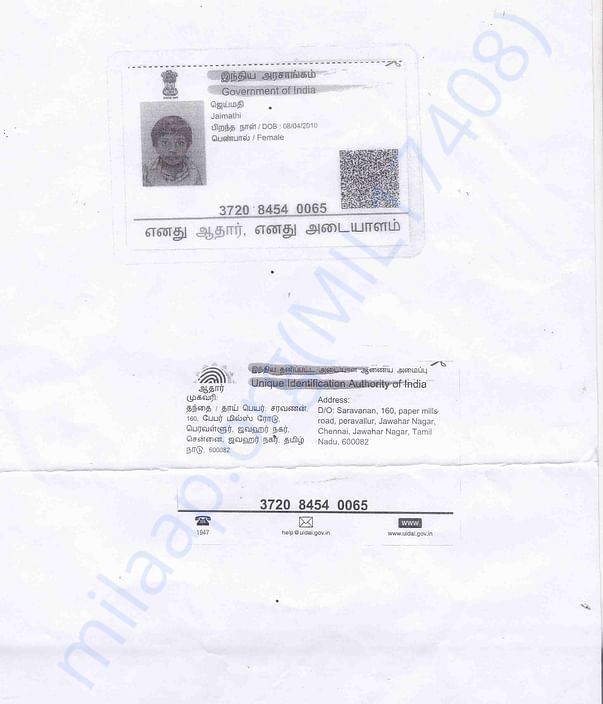 Scan & donate with any app
check_circle_outline Download payment receipt
Report fundraiser
Know someone in need of funds for a medical emergency? Refer to us
Rs.3,500 raised

You are sending a message to
Jaimathi
Go back 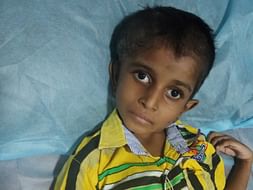