Support LGBT People in Bangalore | Milaap
This is a supporting campaign. Contributions made to this campaign will go towards the main campaign. 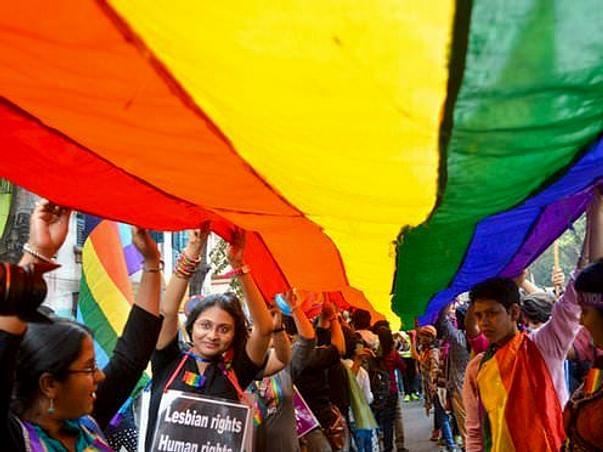 Swabhava (estd. 1999) works to provide access to support services for people who are identified as lesbian, gay, bisexual, transgender, intersex, hijra (LGBT) or other similar gender and sexuality minorities.  Over the years, Swabhava has provided LGBT people access to a wide range of services including health, legal, social support, and others. Some Bangalore-based support groups for LGBT people use our office for meetings and workshops.

As one of Bangalore’s many NGOs working with and exploring intersections between sexuality, gender, health and mental health, ethics, masculinities and more, Swabhava has offered counselling to hundreds of individuals as well as trained hundreds of counsellors, doctors, lawyers, outreach workers, HIV-work NGOs, mainstream development NGOs and so on. We also help organise the Bangalore Queer Film Festival (beginning 2009) every February. We co-organised the very first LGBT film festival in Bangalore in October of 2003. We also help co-ordinate certain Pride events during Pride month every year in November.
Alongside this, we provide training support on diversity inclusion policies within corporates. We are also involved in action-based research projects covering essential areas such as health and mental health among LGBT people as well as advocacy and awareness of LGBT issues.
Currently, we are raising funds to continue our work against discrimination in the health sector. Swabhava's first project, the SAHAYA Helpline, in its almost two decades of existence has provided counselling services for thousands of LGBT people. We have also collected over the years, a growing list of LGBT-friendly general and mental health professionals, including for HIV and AIDS specialisation.
All of SAHAYA, and Swabhava's work, has been non-funded and dependent on donations. You can help us sustain this work by donating to our cause.

Ask for an update
Donated to this campaign via Paytm or bank transfer? Click here if you have not received an email confirmation from Milaap.
Swabhava has been operational now for 21 years and has been offering free counselling and support services for all that time. We offer counselling to at least 10 people every week and our spaces are used in support group meetings of at least 40 people every week. We are currently finishing up the report on a research on healthcare discrimination completed last year and are looking to raise funds both for further investigation and writing, as well as for the long-term sustainability of Swabhava's work.
Swabhava celebrated 20 years of existence this year. We are currently in the process of putting together a report on the discrimination faced by lgbt people in Healthcare. The report is out in January. We have provided free counseling for over 50 people both in person as well on telephone. Handled at least 3 crisis cases of blackmail and extortion as well as family harassment. 3 programmes on Gender and Sexuality awareness were conducted with both private and public school students in bangalore.
Dear Supporters,

Thank you for your love. We have crossed 20 years of functioning in September 2019. As we enter our 21st year, we recommit our energies to keeping support spaces for LGBTQIA+ people alive and functioning with your help. We regularly receive at least 5 to 6 calls every week related to LGBTQIA+ issues. We offer our office space for at least 2 meetings every week, these meetings see a minimum of 30-40 people attend and discuss issues. We have just completed a provisional report of the Healthcare Discrimination study done in collaboration with the Advanced Centre for Women's Studies in Tata Institute of Social Sciences, Mumbai. We are working on producing a final report, in the form of a book, that will record different experiences on discrimination in the healthcare sector. Your support in this venture and keeping this space alive is invaluable.
Load more
Donate
Report fundraiser
See how thousands are crowdfunding for their causes on Milaap
Content Disclaimer: The information and opinions, expressed in this fundraiser page are those of the campaign organiser or users, and not Milaap.
If such claims are found to be not true, Milaap, in its sole discretion, has the right to stop the fundraiser, and refund donations to respective donors.

Donated to this campaign via Paytm? Click here if you can’t find your donation listed below.
SN
Shivangi donated Rs.1,500

Donated to this campaign via Paytm? Click here if you can’t find your donation listed below.
SN
Shivangi donated Rs.1,500

You are sending a message to
Ekata Deb
Go back 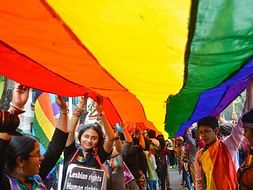