Save Children in Villages from Going Blind | Milaap

Save Children in Villages from Going Blind 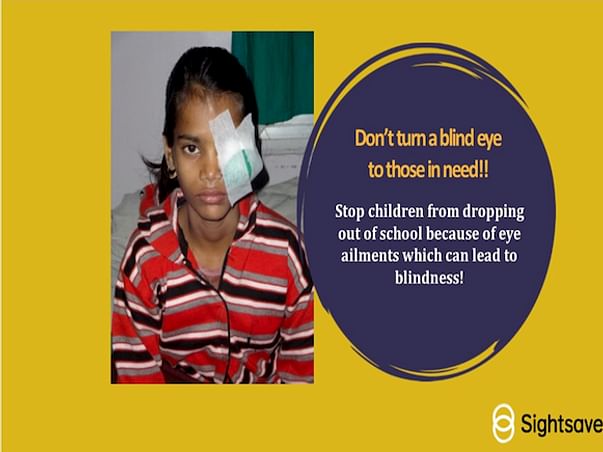 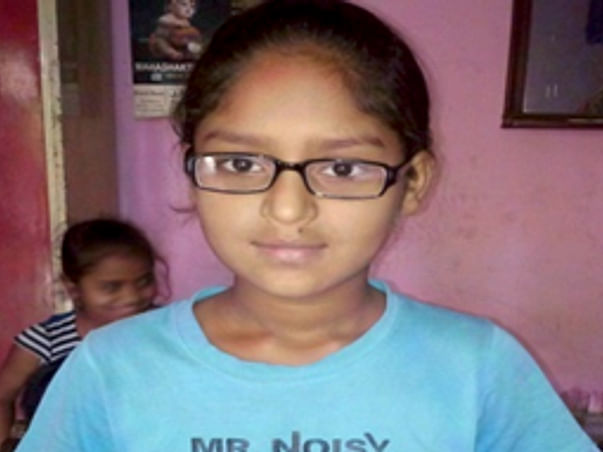 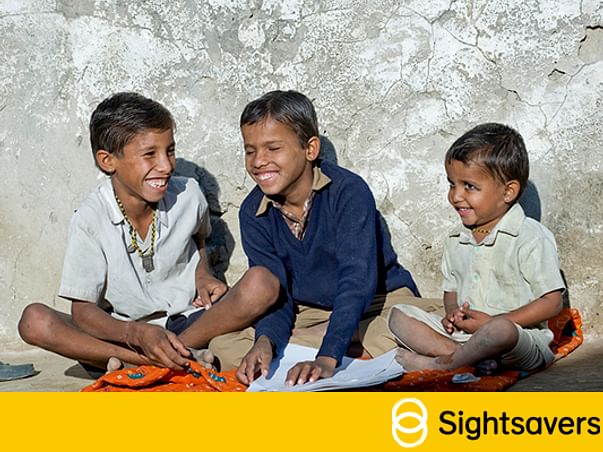 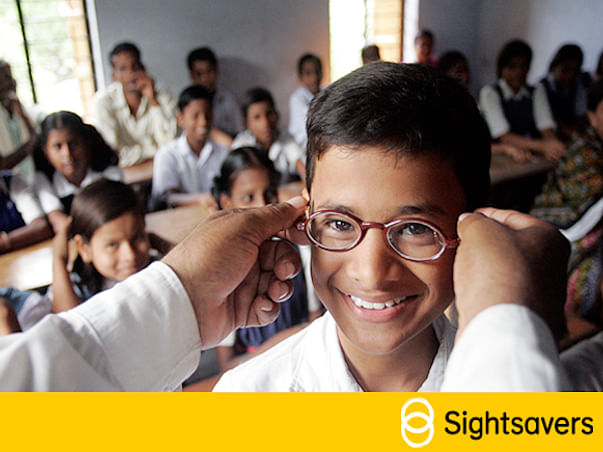 Maherdeep Hajariya, a 13 year old boy studying in standard 7th of Government Middle School, Bijali Nagar,   Govindpura ,  Bhopal comes from a very poor family.  Both his parents work as casual labourers and are earning money for his studies.  He has been having blurred vision in both eyes for the past couple of years.  He continuously had a problem of dizziness and headaches while studying.
On 10th Oct 2015, Maherdeep was screening by his class teacher during the school screening programme implemented by Vidyajyoti School Eye Health Programme. He was referred by his teacher as he had complaints of vision problem. He was later on refracted & primary examination was done by the project Optometrist.
Though he was suffering from eye problems for a period of time,   he never got the opportunity to get his eyes tested. He was prescribed and provided with a pair of spectacles. Since he received his spectacles he has been wearing them regularly.  His vision has shown considerable improvement and he does not suffer from headaches any more.  He is now able to study much better and also able to play.  Meherdeep & his parents were very grateful to Sewa Sadan and Sightsavers for his improved vision.  He wants to join the army when he grows up.
Nikita Singh is a 12 year old girl studying in 6th standard, in Government Middle School, Bijali Nagar, Govindpura,  Bhopal.  She is a slightly built and rather shy girl.  Nikita’s father Mr. Dev Karan Singh is middle aged who works at a petrol pump. Her mother works as a housemaid and also does some stitching work to earn some extra money.  Nikita has an elder brother and sister who are both students.
Nikita was born with eye problems in both her eyes. She was taken to Community Health Centre Ashta where she was diagnosed suffering from cataract in both her eyes. Nikita was then taken to Sewa Sadan Eye Hospital and was operated for cataract in the right eye. For the left eye she was referred to Mumbai.  It was estimated that the operation would cost at least Rs.10000. However her father was unable to bear the expenses for the operation and was not taken.

For the next few years her father took her to a few Hospitals in Bhopal. Most hospitals didn’t have the facilities and those that had the facility were charging operation fees which they couldn’t afford. Nikita was facing great difficulties in her studies as she was unable to see the board. She had blurred vision and was facing difficulty in proper vision. She was also not able to play outside her house.
On 10th October, 2015, Screening and refraction was conducted in her school itself. Nikita was then referred to Sewa Sadan, Hospital. After proper check-up and various tests, her left eye was operated for cataract on 30th November, 2015. She was admitted for a period of three days and was accompanied by her father.  All her operation charges and accommodation were borne through the Government DBCS & RBSK programme. Nikita was absent from school for a period of three weeks after the operation. She was provided a pair of spectacles through the project.
During the short period after the operation Nikita feels that she has improved vision. She is able to concentrate on her studies better and also do her daily personal and household chores more easily.

Don’t turn a blind eye to those in need!!

Stop children from dropping out of school because of eye ailments which can lead to blindness! By just contributing Rs.280 for a pair of glasses, you can directly benefit a child suffering from refractive error which in return can uplift a child's profession thereby allowing him or her to lead a life of independence.
Sightsavers is a global development organisation working in India since 1966 to eliminate avoidable blindness and to ensure that people who are irreversibly blind are supported adequately to lead lives of independence and dignity. Over the past five decades, our work in India has enabled the treatment of millions of people with eye ailments. We have also offered education and livelihood support to thousands of children and persons with disability.
Through this campaign, we wish to promote the importance of eye care and prevent children residing in impoverished regions from going blind due to refractive error.
Children in the school age group (5 – 15 years) are vulnerable to long term consequences of eye diseases if not detected and treated early. During the financial year 2014-15, NPCB had planned to provide spectacles to 900,000 school children through its school eye health programme. Considering the number of school children in the country, and the fact that 121 million children of the total children are enrolled in Government schools, this target is inadequate as the total number of children requiring spectacles is 4.9 million (based on a study of refractive error in children in a rural population in India conducted in 2014). In short, approximately 80% of children are deprived of benefits from quality eye health services.
Why are we fundraising?
The need of the hour is to provide glasses to those children suffering from refractive error age group (5-15 years) in rural areas and to also reduce drop-out rates among children who may be blind.
What is the target?
Rs.280 is the cost of one glass. We intend to raise funds for a minimum of 500 glasses through this campaign for school children which means Rs.1,40,000 is our set target.
Where are we going to utilise the funds?
Our School Eye Health Programme is running in the following districts of India.
To know more about how Sightsavers in India has transformed the lives of people across the country please go through http://www.sightsaversindia.in/what-we-do/stories/
Read about the people we have helped, along with partners and local NGOs in India. Each story inspires us to reach out to more people, and when you read these stories you’ll see just how great an impact your donation can make on someone’s life.
Below is the Case Study of Nikita a bright student:
Nikita Singh is a 12 year old girl studying in 6th standard, in Government Middle School, Bijali Nagar, Govindpura, Bhopal. She comes from a poor family of unskilled workers. Since her childhood, Nikita faced a lot of difficulties in both of her eyes which eventually transformed into cataract.
During an Eye Screening camp held by Sightsavers along with our hospital partner, her eyes were screened. After the evaluation, her left eye was then operated upon for cataract. She was admitted for a period of three days. Her operation charges and accommodation were taken care of through a government programme. She was later prescribed and provided with a pair of spectacles through our School Eye Health Programme and as a result, her vision had shown considerable improvement
After the operation, Nikita and her parents were very grateful for the support that Sightsavers and its partner had offered to restore her vision. She is now able to concentrate more on her studies and is performing her daily chores with independence.
Help us support these children!

Donated to this campaign via Paytm? Click here if you can’t find your donation listed below.
R
Rahul donated Rs.101
A
Anonymous donated Rs.2,500

May the good Lord bless this child and you all!

Donated to this campaign via Paytm? Click here if you can’t find your donation listed below.
R
Rahul donated Rs.101
A
Anonymous donated Rs.2,500

May the good Lord bless this child and you all!

AS
You are sending a message to
Ashutosh Singh
Go back 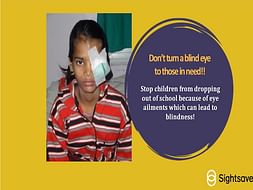 Save Children in Villages from Going Blind