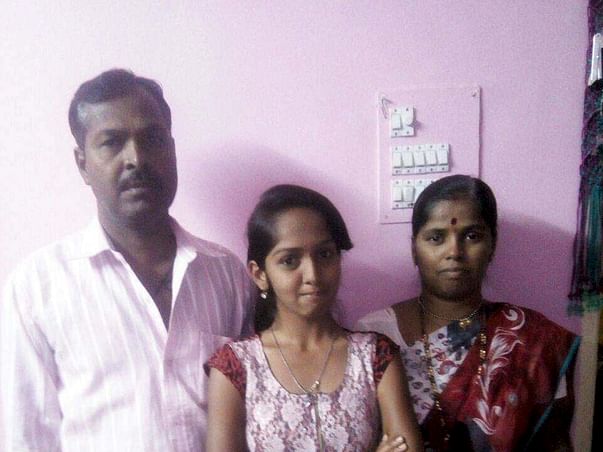 Deepali Shinde is a 17-year-old from Nashik who was born with only one kidney. She also had no urinary bladder which led to no control over urine. This led to a loss of  urine control and a slew of infections. She has already had three surgeries. She needs one last surgery. The family has spent over 2 lakhs and need Rs 50,000 for a procedure that can improve her life.

A family worn down by medical expenses

Right now, Deepali is busy preparing for her class 12 exam. After repeating her class 11 because of bad health, she is determined to prove herself in her 'board-exams'. The serious health troubles she has been dealing with since she was born, have not dented her enthusiasm to achieve.
When Deepali was just a few months old, her single kidney became blocked up and she needed an operation to free the blockage. As she grew, she battled frequent infections and in 2015, she developed one of her worst infections.

Her parents rushed her to the hospital and the doctor recommended a surgery that would connect the ureter to the intestine so she could pass urine with stools. Deepali would gain urinary control.
Happy that their daughter's life would significantly improve, her parents Gnanadeep and Vandana Shinde agreed. Her operation was performed in Jaslok Hospital, Mumbai, at the end of 2015. Due to her infection, she needed to stay in the hospital for much longer than expected. It was an expense her parents had not anticipated.
Deepali's father, runs a small grocery shop in Nashik. His monthly income is Rs 6,000 and he has three other children. Some individuals and trusts have contributed towards Deepali's hospital expenses and helped him pay the hospital's outstanding bills. He needs Rs 50,000 more for a better life for Deepali for good.
Help this young, brave fighter finally reach out for a better life of dignity and hygiene. Contribute now. 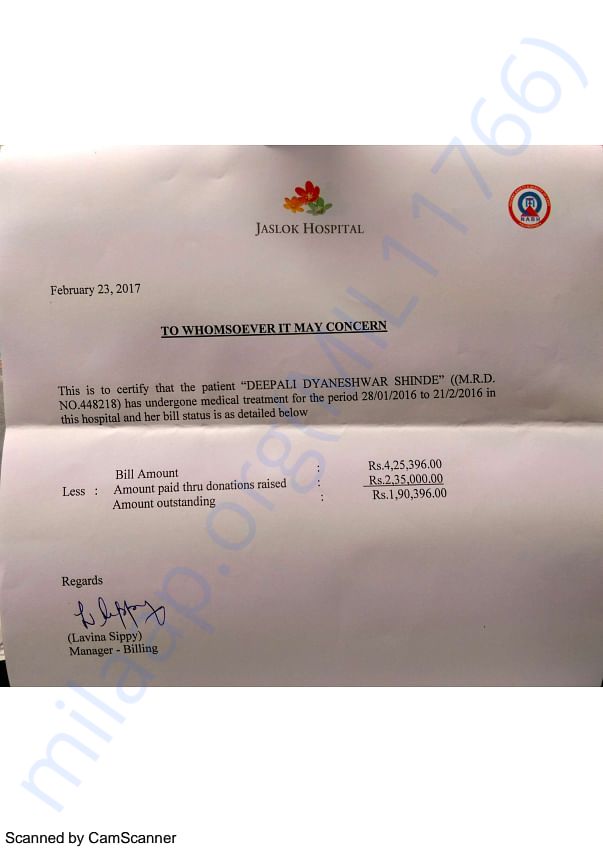 Scan & donate with any app
check_circle_outline Download payment receipt
Report fundraiser
Know someone in need of funds for a medical emergency? Refer to us
Rs.34,730 raised

DA
You are sending a message to
Dr. Amrish Vaidya
Go back 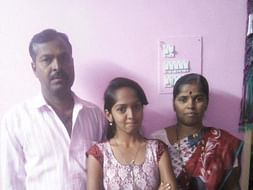