This Father Has No Way To Tell His Toddler He Is Dying | Milaap
This is a supporting campaign. Contributions made to this campaign will go towards the main campaign.
Milaap will not charge any fee on your donation to this campaign. 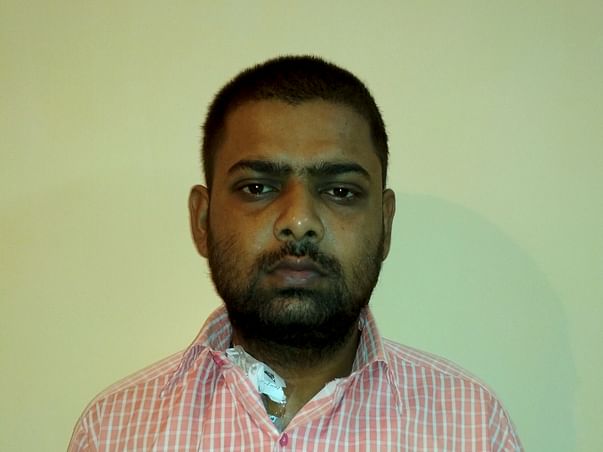 “My 3-year-old asks me all the time if he should apply any ointment to make me feel better. He asks me what is happening to me, and I have no way to tell him I am dying!”
29-year-old Soumya is a simple farmer and a loving father. 3 months ago he had no idea that a swelling in his leg could lead to a diagnosis that would change his life forever. Soumya has been diagnosed with kidney failure, and is undergoing dialysis 3 times a week. The only way Soumya can live now is if he undergoes a kidney transplant. His wife is a perfect match, and has come forward to save his life. Unfortunately, the couple cannot afford the surgery that can help Soumya live for his toddler.
It started as a simple swelling in the leg.
When Soumya had a swelling, he almost overlooked it as a result of toiling in the fields, but his wife refused to do so. It was due to her persistence that Soumya reluctantly agreed. A couple of tests revealed the diagnosis that was the biggest shock of his life. The farmer had never imagined a simple swelling could be an indicator of a threat to his life.
Soumya’s kidneys had failed.
“When I found out, the first thing that came to mind was my baby, my son. He has not even started going to school yet!”
Soumya was in fact, at an extremely critical state. It shocked him that he had not known before that he was actually dying slowly. For the poor farmer, it was the end of the world. He did not know whether he should worry about his family, or about his inability to afford treatment.
He now undergoes dialysis 3 times a week.
Soumya’s life has changed entirely. From his daily routine, to his worries: Soumya who once played many roles, has now been restricted to just being a patient.
Undergoing dialysis 3 times a week has not only left him incapable to earn, but has also reduced his household income to almost nothing.
A transplant is the only way Soumya can live.
A kidney transplant is Soumya’s last chance at life. His wife being a perfect match, Soumya still has a very god chance of living. Unfortunately, the last 3 months have left the family with almost nothing. They have already spent over a lakh, and now have nobody to borrow from or turn to for support.
Any contribution you make will help this farmer live for his toddler. 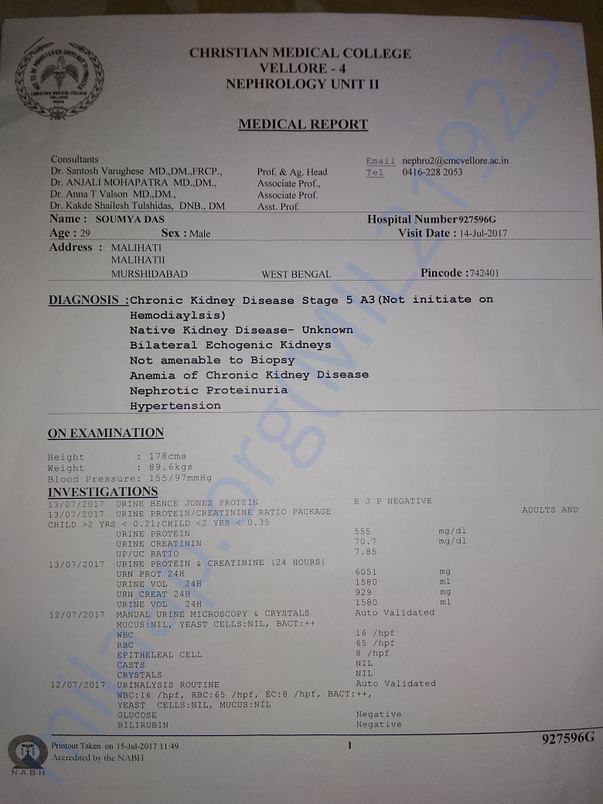 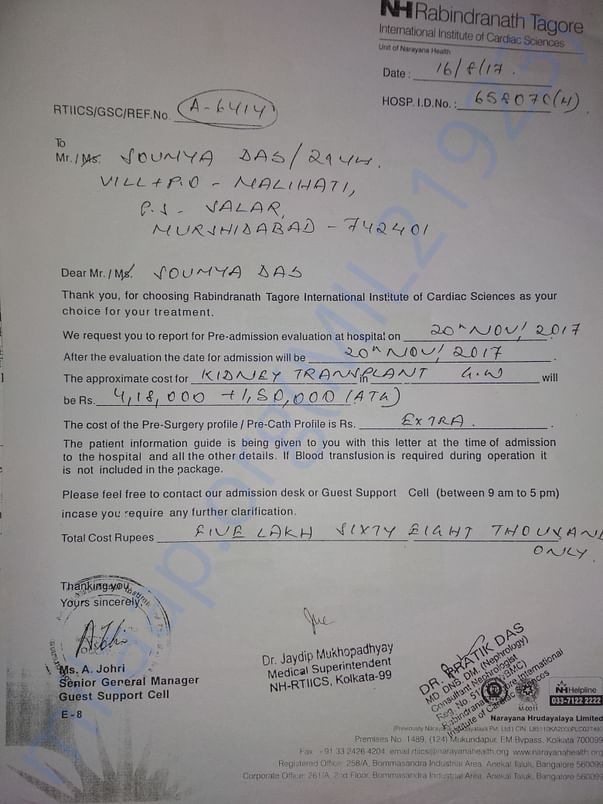 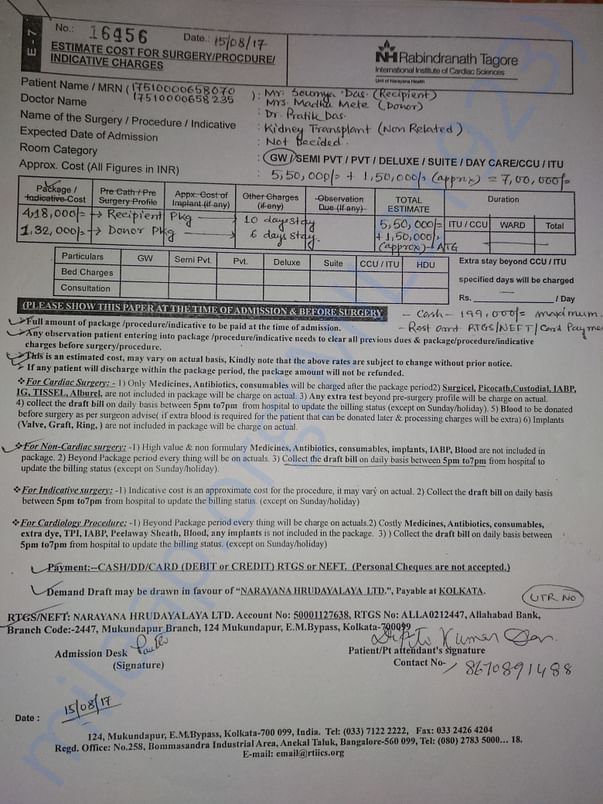 Ask for an update
Dear Supporters,
The operation date has been finally finalized. It will be held on 24th February, 2018.
Thank you all for the amazing support. I will keep you updated on the progress.
Dear operators,

The operation needed paper in progress, and it will be completed shortly.the money is need for hemo dialysis 3 per week.

Here is an update on Soumya.
The verification of the paper works for the transplant has been completed. There will be a final confirmation conducted by the Government on 26th December after which transplant process will be initiated. Soumya's mother-in-law will be the donor for the kidney transplant.

He is continuing with the dialysis thrice a week and has to visit the hospital every 15 days for the checkups. Even though he is facing some trouble while eating, he is doing fine and is responding well.

Thank you for your support and love for Soumya. Please keep him in your prayers.
Regards

d
You are sending a message to
danielseba.com
Go back 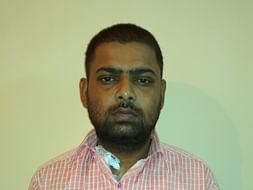