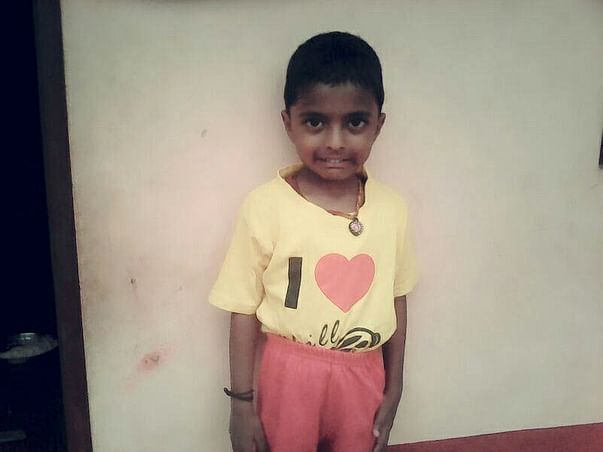 “The doctors say that it is not as easy as he makes it look. When someone has a heart problem, it causes them a lot of pain and discomfort. He will still smile, I know. He will still not show it out. It amazes me he’s only four,” says Rathnakar, Daiwik’s father.

4-year-old Daiwik is a very cheerful and friendly boy. When you look at him, it’s really difficult to say that he is living with a constant risk to his life. He really enjoys going to school, playing what he fondly calls “bat-ball” and spending time with his best friend, Charit.
His parents, however are not able to take the whole situation as strongly as he is.

“He is our only child. We cannot even sleep. I have never even known a person who has had a life-threatening disease, and here I am running from one place to another with my 4-year-old, scared to miss out on anything,” Daiwik’s father confesses.

Daiwik’s father Rathnakumar is a daily-wage worker who makes Rs. 5-6,000 a month if he is able to go to work every day.
Like all parents, Rathnakar and his wife Vasanthi were overjoyed when they had a baby. They wished to educate him and give him a life very different from their life of poverty and hardship.
Things started going downhill when he started falling ill frequently. It wasn’t far before he was diagnosed with a congenital heart disease, requiring immediate treatment.
The estimated cost of the treatment is about Rs. 1,75,000, an amount that is even beyond Rathnakar and Vasanthi’s imagination.

“His mother is also getting weaker by the day. I cannot even blame her. He is all we have. She will not be able to see life without him. We do not have the means to save our little son ourselves. Under these circumstances, I can only run around between home and hospital. So the limited income I was earning has also stopped.”

A small step you take today can help save this little boy's life. 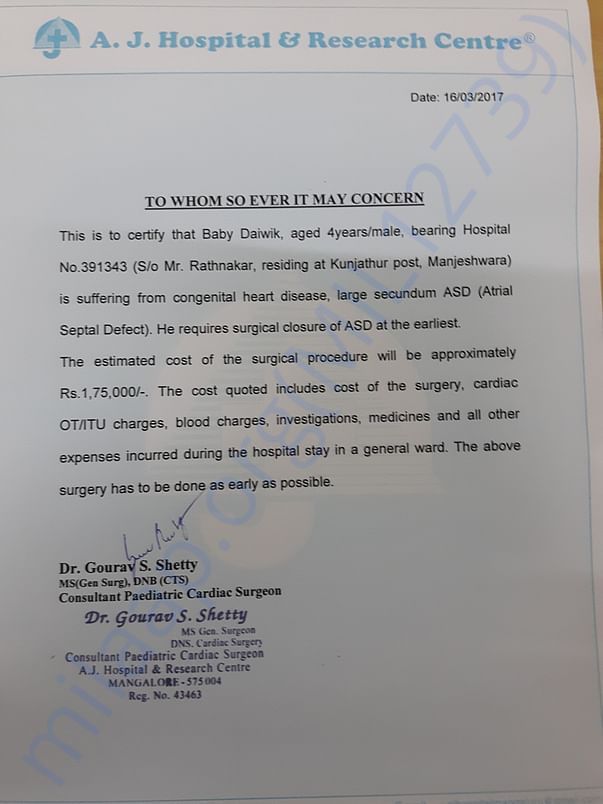 Report fundraiser
See how thousands are crowdfunding for their causes on Milaap
Rs.34,940 raised

Beta get well soon, you have to . You are a champion and you have to grow up as a big boy and have to make your parents proud. Lots and Lots of Love and Blessing From Atish Dipankar Barua

Beta get well soon, you have to . You are a champion and you have to grow up as a big boy and have to make your parents proud. Lots and Lots of Love and Blessing From Atish Dipankar Barua

DG
You are sending a message to
Dr. Gourav Shetty
Go back 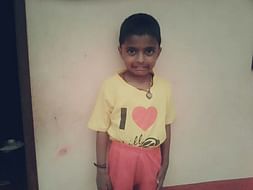