Boond-boond se Sagar banta hai. | Milaap
This is a supporting campaign. Contributions made to this campaign will go towards the main campaign.
Milaap will not charge any fee on your donation to this campaign. 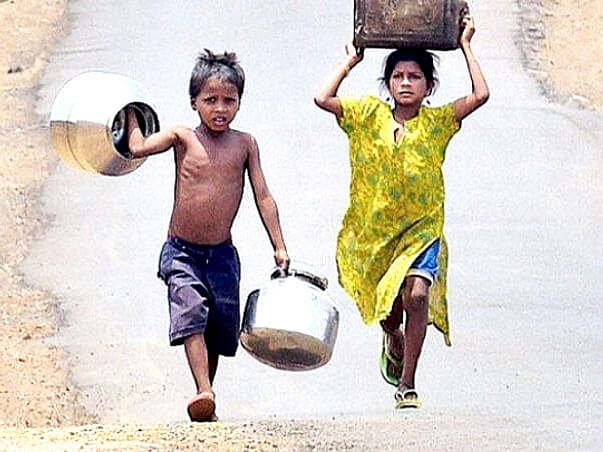 Hello there! I hope you are doing as jolly as ever ! Okay ,so...i will try and bring your attention towards something very intriguing.

12th of May was a rather remarkable day for me. Being a member of the younger fraternity, i exercised my voting powers for the first time.

My feelings of pride, extreme happiness and jubilance had less to do with me voting for the first time but had more to do with me being a part of these particular elections, I don't need to clear any smoke about how these very elections are pivotal for the nation.

Of course,you know ,we are the 'Prithvi Shaw' of all the countries ,you know-young, rambunctious and wanting to prove a point.
Well...that also sums me up, i love to use sports metaphor (s).

We are a melting pot of potential and productivity. But,i still feel and i might be wrong,that we are yet to cross that barrier ,that threshold , where we are the first ones to arrive.
You know ,why can't we make a device that finds out -what the colour purple tastes like? Weird,right. But, then again,i have been weirdest of the lot.
Such a stupid idea right, making a device that finds out what puple tastes like🤔🤔? But,this is the athelete in me and it says- "I don't give a hoot and a half as long as it's a FIRST.

I certainly believe that the young guns of this country has all the arrows in their quiver ,all the arsenal they need. If,we get behind something, there's a very good probability of getting it done. We can build Noah's Ark.

So,this project i am rooting for - Project Srishtipath. It pushes for the people of Bundelkhand (a region comprising of 13 districts of Uttar Pradesh and Madhya Pradesh,majority of it lying it the latter).

It might be just a stat for us,it is one of the most backward regions nationwide,where a farmer commits suicide every third day.

And of course all the argy-bargy that comes with ugly poverty. Ergo,people lack even the basic necessities which are ,fair to say,luxuries for us.

I have often found myself complaining about a plethora of just stuff. But,i sleep on bed larger than these people's kitchens. So,i 'd rather not.
Perspective,right.
Life goes on.........everyone has stuff. It would mean a lot ,if you would just give it a glimpse.

The charity comes from the heart, I don't mean ,the materialistic things per se. Charity,also means sharing a cause with as many people as possible.

We also want to draw your attention to one of our recent Campaign, where a 1-month-old baby is in urgent need of funds -

We hope you are doing good.

The economic condition of our country is not very good at present as we can clearly see the impact of Covid-19 pandemic nationwide. We although are working at the grass-root level and trying our best to increase the pace of economic growth in these backward areas.

We are very thankful for your immense support and faith in us as your financial support and our hard work is making a good difference on the ground.

We will be soon resuming the monthly supplies for Children. Our field staff are constantly supporting the families by helping them in getting benefits from the government schemes and we are also preparing the list of the locals for our records.

In the month of October, we have added 1000 new families in our list.

We request you to please support us in every possible way and we can achieve the goal of developed India.

We also want to draw your attention to one of our recent Campaign, where a 1-month-old baby is in urgent need of funds -

Anandrao (Father of baby Nayonika) is a private employee earning between Rs 20,000 - 25,000 and Shikha (Mother) is a homemaker. These medical expenses are beyond their reach. They are trying everything they can to save their child.

Do you know what happened to Kamlesh?


He just lost both of his legs and its very painful to see him in this condition. His younger brother Deva and his wife were taking care of him from past 22 yrs due to his spine injury which kept him bed-ridden.

We should support Kamlesh as there is no financial support for him and his brother Deva who used to earn Rs 300 - Rs 350 daily is also having no work nowadays due to the pandemic.

Otherwise, send this message to someone in your circle who will be willing to support Kamlesh.

Project Srishtipath's progress is good as our field workers are currently doing the surveys to help us decide the facilities to be started on priority basis and at the same time, we are also creating awareness about the current COVID-19 pandemic situation.

This week we have listed 245 families.

Dhyanpal was suffering from Chronic Kidney Disorder and during a recent dialysis session got COVID-19 positive and was not able to make up.

He left this world leaving behind two young children, wife and old parents, the children are studying in class 8th and 9th and there is no hope for the future. There is heavy debt on the family and no earning hand.

We want to support the children and the family so that they can have a good future and are not forced to survive on the streets.

If you are in a good financial condition, please support this initiative by clicking on the below link -  https://milaap.org/fundraisers/support-medical-patients

We will be very thankful to you.

Please, keep supporting us and we will try our best to meet your expectations and together we will create a beautiful future for our upcoming generations.

You are sending a message to
Nishat Bhatotia
Go back 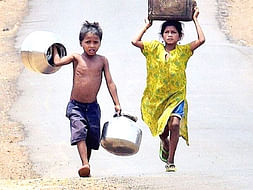