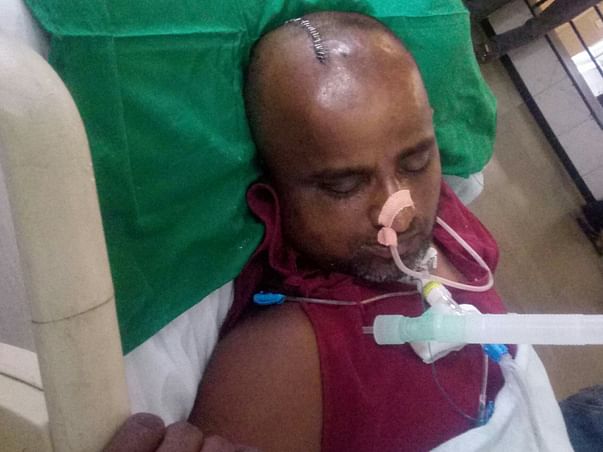 I am Pravin Padolkar looking to raise Rs 6,00,000 required for treatment to help Anil Bidagar suffering from venous sinus Thrombosis with Hemorrhagic Infarct as stated he has been undergone extreme blood clouting so needed surgery which is last hope to recover him from comma.
Anil is  a poor auto-driver. He is the only earning man in his family. He has 6 years old son. As on 6th of June 2018. He had  brain hemorrhage. He admitted in Dinanath Mangeshkar Hospital, Pune under care of Dr. Shripath Pujari . He underwent right sided decompressive hemicraniectomy with evacuation of hemorrhagic bleed. He also received paralyses attack and now he is under observation of Dr. Kaustubh Dindorkar needed further neurological surgery which costs more than 6 lakhs .
His wife is helpless as she has spent more than 4 lakhs up till now and need more to save his life.