He Worked In The Day And Studied In The Evening – Before His Accident | Milaap
This campaign has stopped and can no longer accept donations. 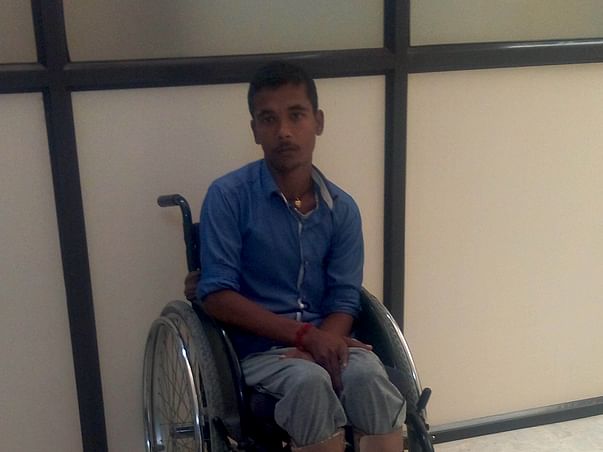 Bhagwan Babu Yadav is a daily-wage worker who fell from a tree and injured his spine. The injury has paralysed his lower limbs which cost him his job. Not only has it left him unable to continue his education but also without any means to provide for his pregnant wife.

Bhagwan dreamed of being a 'graduate'

Bhagwan is from a small village in Bihar and is the eldest of seven children. Two years back, when he turned 22, his father, a small farmer, decided that Bhagwan had studied enough. Now he needed to earn money and have a family of his own. They got him married to 19-year-old Maya.
Bhagwan moved to Delhi and worked as a daily-wage labourer – moving heavy sacks into a delivery van. He earned Rs 250 per day and eked a living in Delhi. But despite the way his life had changed, he couldn't give up his dream of being a 'graduate'.
He spoke to the principal and enrolled himself in the college in his village. He started a BA in Psychology. Every year, he would go back twice to write his exams. He bought text books and studied in what time he had after work.
It was after his second year exams, that he had the fall that crushed all his dreams. Bhagwan had climbed tree to cut its branches. His foot slipped and he severely injured his spine. Since that painful fall, Bhagwan has not walked. He can't move his lower limbs and has difficulty with bladder and bowel control too.

Bhagwan needs to get better for his unborn child

Bhagwan's wife is now expecting a child. For him, it is more important than ever that he get better and provide for his family. Unwilling to give up, he has stayed back in Delhi trying to find some way of getting better and at least become well enough to earn some money.
Bhagwan with his wife at the hospital
Bhagwan's father, has already spent over Rs 8 lakhs on a series of surgeries. The burden of treatment as well as taking care of the family has now fallen on this old man. He has sold off his land and works as a farmhand for hire. He even takes produce to the market and makes only Rs 5,000 per month.
For the last bit of treatment that can give his son some independence he has no money left. Bhagwan had started walking with support, but due to financial constraints could not complete his treatment. The rehabilitation is this bright, young man's last hope.
“If I can move on my own, I can open a small shop in my village that will make me enough money to at least feed my wife and child. I can't ask for anything more,” Bhagwan says.

Bhagwan Babu Yadavneeds rehabilitation for at least 3-4 months, so he can become self reliant.  With exercises and physiotherapy, the doctors think he can regain control of his legs.
Poverty has so far crushed his dreams of a better life. Contribute now and help Bhagwan beat paraplegia and walk again. 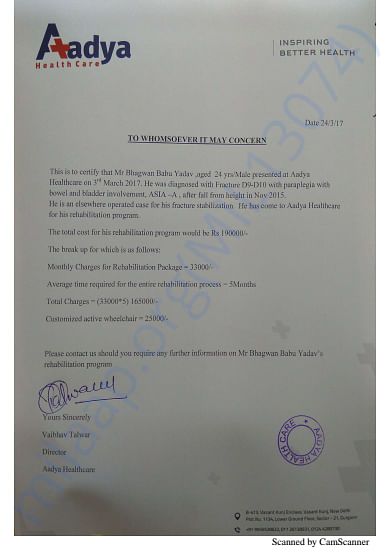 Ask for an update
Donated to this campaign via Paytm or bank transfer? Click here if you have not received an email confirmation from Milaap.
Dear Supporters,
Bhagwan Babu Yadav came to Aadya on 3/3/17 in a wheelchair with spinal cord injury.
For two and a half months he underwent vigorous physiotherapy as a part of his treatment. We are happy to inform that he has started walking with the help of a walker.

Thank you so much for coming forward to help him. We will keep you posted on the progress.

Report fundraiser
See how thousands are crowdfunding for their causes on Milaap
Rs.13,750 raised

TB
You are sending a message to
Topsy Bhatia
Go back 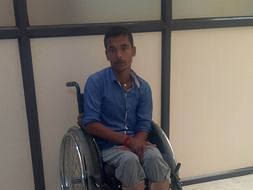