Help Priyanka Complete Her Education | Milaap
This is a supporting campaign. Contributions made to this campaign will go towards the main campaign. 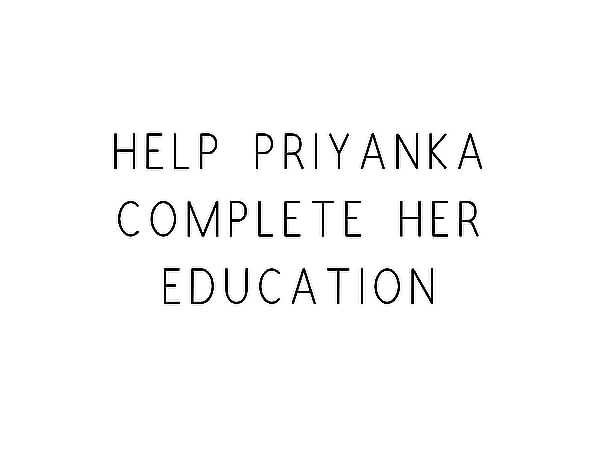 This was the beginning of my journey with Priyanka Barot about 5 years ago in 2014 when I volunteered for an organization called Make A Difference.

She lives in the Juna Vadaj slum area of Ahmedabad, Gujarat. When she reached 11th grade, she was accepted in school to study science stream and was promised very low fees. However, later the school turned their backs and refused to give her the final mark-sheet till she paid more fees. I along with my friends managed to go to higher authorities and get the mark-sheet, however it was too late as local university admissions had stopped by then for the academic year.

Not feeling demotivated, we got her admitted to IGNOU (Indira Gandhi National Open University) in the B.Sc course. At the time of admissions, we were informed that they take classes on behalf of IGNOU in one of the reputed colleges of the city but it turned out to be less than true. There were only "self study" classes in the college. So a few of our friends who had background in science stream would take her tuition regularly and teach her various concepts with the objective of strengthening her basics. Somewhere in middle of all the conversations, we recognized that her mind is in B.Sc only due to her low scores but her heart has always been to study nursing.

After one year, came the next round of admissions and we decided to start the procedure for her admissions in B.Sc as well as give a thought for nursing. We enrolled her into a B.Sc course in one of the local colleges in Ahmedabad. At the same time, the principal at Ahmedabad Institute of Nursing (AINS) agreed to give Priyanka direct entry if she had any seats empty once the regular admissions following the normal criteria were completed. We couldn't thank her more and our excitement jumped off to next level as we've always believed that educating a women is like educating a generation.

Our patience got tested as it took a while but somewhere in the middle of October'17  we got a confirmation from AINS Ahmedabad that she has got the admission and we all including Priyanka were thrilled to hear that.There was a small roadblock  - we needed to accumulate a sum of Rs. 1 lakh as her first year fees in less than 9 days. Just out of college and months to job, our bank accounts were not in that great shape but it took about five days and 4 hours to be precise to collect the sum from our friends, friends of friends and close relatives. It was the joint effort of 34 donors which made us believe that child like Priyanka can still dream in daylight.

We have three more years to go with additional expenses for her books and commute. We expect she should be comfortably able to complete her nursing with the funds target of Rs. 5,00,000

UPI: rzpy.givetomlppriyanka038@hdfcbank (Copy to clipboard)
Or
Click here to read the instructions before you make a bank transfer. 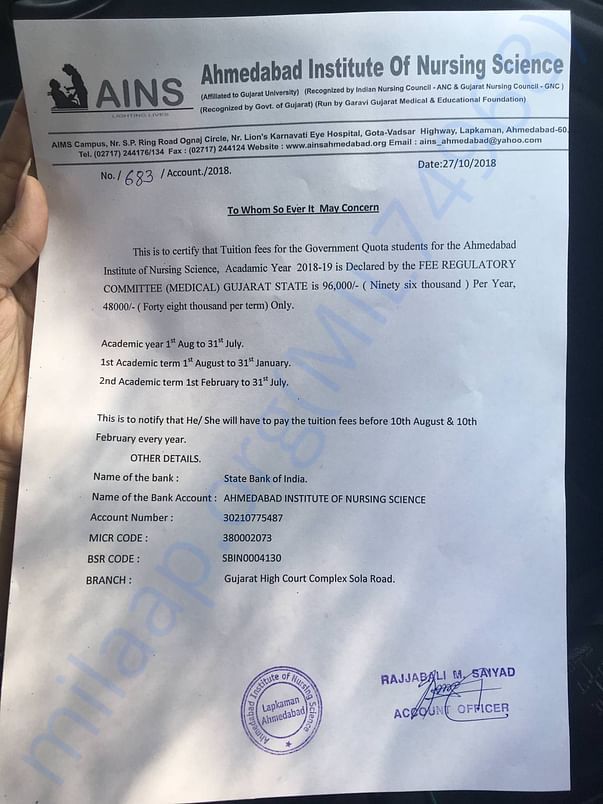 UPI: rzpy.givetomlppriyanka038@hdfcbank (Copy to clipboard)
Or
Click here to read the instructions before you make a bank transfer.

Ask for an update
Donated to this campaign via Paytm or bank transfer? Click here if you have not received an email confirmation from Milaap.
This is a small note of gratitude for every individual aka hero who joined hands and supported us to support Priyanka in accomplishing her dreams. We are glad to share the result of her first year B. Sc. examination which she passed with flying colours. (Image being attached of her first class result)  Thank you for giving wings to her dream and making it possible. :)
Hi Everyone,

With all the good wishes and blessings from all of you, Priyanka is starting her second year of Nursing.

Before she left for college today, she was feeling grateful that people from across the world who came together to help her. She will always remember the smallest contribution and effort that went in to complete her dream of studying nursing.

Priyanka is towards the end of her 1st year of college. I meet her every week and she absolutely loves what she’s doing. She has hands on experience at a local hospital from Monday to Friday, and on Saturday and Sunday she has classes. I recently visited her at the hospital and she was so happy to be there. It was her first day in the surgery ward that day and she was smiling with joy.


We started with a target of 5 lakhs for Priyanka and have just 2.3 lacs more to raise now. We did a campaign in October where we reached out to friends and family and we did another campaign in April where we reached out to some influencers, who contributed as well as played a huge role in spreading the message. These two campaigns were majority contributors in us raising funds till now.

As a next step, we’ll be organizing a small event in Ahmedabad to raise funds. At that event we plan to put up a stall and sell some food/drinks that we would make and also get sponsored. This weekend we also plan to do a Rs 100 campaign which is that if 1,000 people donate just Rs 100, we can raise 1 lakh . We’ve created some collateral that we’ll be sharing on our social media for the same. If you’re interested in sharing the same, please feel free to reach out to me.

That’s all for now. We’ll keep sharing brief details of her journey with you. We truly appreciate your support. Thank you all for the support and love we have received. :)
Load more
Donate
Report fundraiser
See how thousands are crowdfunding for their causes on Milaap
Content Disclaimer: The information and opinions, expressed in this fundraiser page are those of the campaign organiser or users, and not Milaap.
If such claims are found to be not true, Milaap, in its sole discretion, has the right to stop the fundraiser, and refund donations to respective donors.

GB
You are sending a message to
Garima Bang
Go back 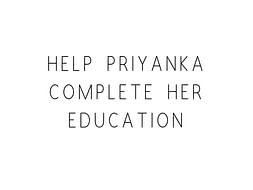