Rapidly Growing Chest Tumor Is Making 3-Year-Old Completely Breathless | Milaap
This is a supporting campaign. Contributions made to this campaign will go towards the main campaign.
This campaign has stopped and can no longer accept donations.
Milaap will not charge any fee on your donation to this campaign. 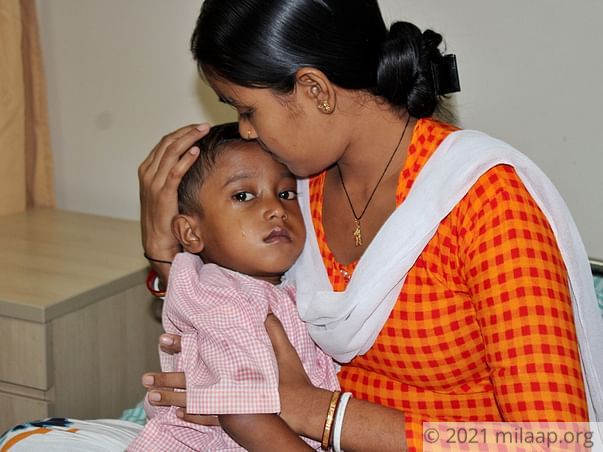 “Is there something in my chest, Ma? I feel like I have swallowed a stone,” says 3-year-old Sudipta to his mother, Preeti, who reassures her poor toddler that medicines will make him fine. She coaxes him to eat some dal-chawal, “Eat a little or you will not be strong. Don’t you want to be strong?” she asks in the sweetest tone but Sudipta does not budge. After having the first spoon, he gives up and lays his head down on her lap. She can feel his discomfort in the ‘whoosh’ sound of every difficult breath he takes, and it instils a deep fear in her. A deadly chest tumor, that is growing bigger and bigger every day, is pressing against his lungs and other vital organs. She is well aware that only timely chemotherapy and surgery can save his life, but she and husband Sastri have already spent more than they can afford on his treatment till now, and have nothing left to save him.

It was 4 months ago that Sastri and Preeti came to learn that their son has a chest tumor.They had to move from their small village in West Bengal to Bengaluru overnight to save him once he started developing facial swelling and fever, with nothing but just a few 100 rupees notes in hand. This little boy could not breathe on his own for days, and needed ICU care. “One of his eyes had become shut due to the swelling – it was difficult to see his face become completely deformed,” says Preeti. Doctors had initially planned to remove the tumor immediately after his condition stabilized, but to their horror, it had grown to a mammoth size.

Now, Sudipta’s sufferings have become manifold – he has a tube fit in his chest, to drain fluid that gets accumulated in the chest for it may cause infection otherwise. “Just the other day, Sudipta flung the tube in anger and we had to get it replaced at the hospital. I can’t even blame the child because it just obstructs his every activity – walking, sleeping and even talking,” says father Sastri.


An old photo of Sudipta, when all he did was run around the village and play with his favorite balloon

Sudipta was so excited about going to a nursery, but it was sadly postponed due to his illness. If he undergoes aggressive chemotherapy followed by a surgery, he can still become the active and bubbly toddler that he once was.

Once a farmer, Sastri is now unemployed and struggling to afford his son’s treatment

Sastri owned 1/4 of an acre in a remote village in West Bengal, harvesting rice and mustard throughout the year when rains were favorable. He used to earn around Rs 3,000 a month – he had to take care of both farming and household expenses on this meager income alone. Ever since the family left to Bengaluru 4 months ago for Sudipta’s treatment, Sastri has been jobless and was forced to sell the only land he owned. He has already spent the Rs 1 lakh that he borrowed from friends and family. He is now completely dependent on his brother-in-law (who works as a laborer in Bengaluru) for money and food. They need a little more than Rs 12 lakhs, which they absolutely cannot afford at this point, for Sudipta’s treatment.

Sudipta does only two activities in the span of a day – sleep continuously due to pain and weakness, and ask his mother feebly about when he is going to be ‘normal’ again. Preeti comforts him that gives him temporary solace, but only aggressive chemotherapy and surgery can save his life. 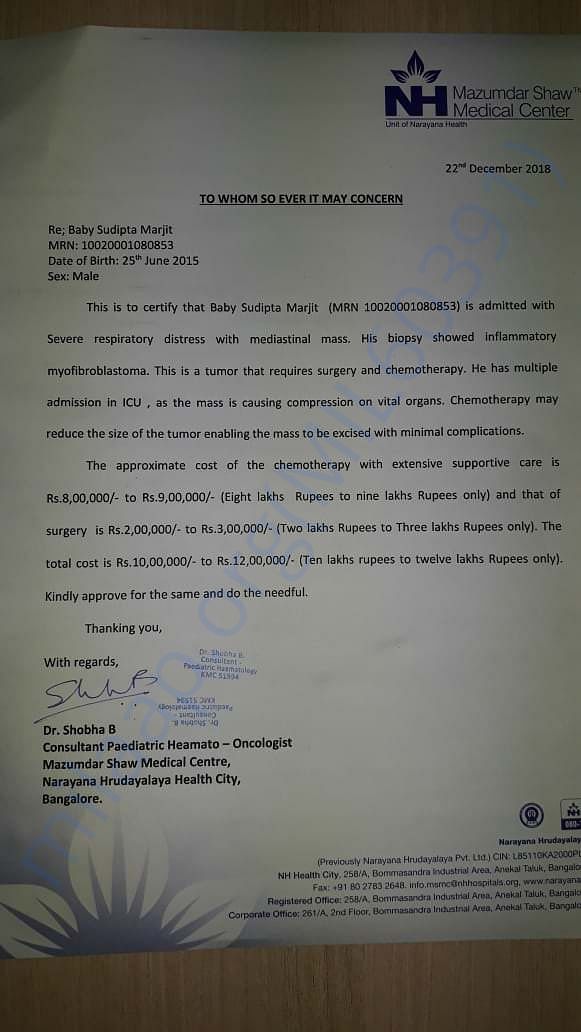 We have some unfortunate news to share with you all. The chemotherapy did not show any positive result even after the 4th cycle and we lost him.

The funds raised will be utilized towards his treatment. We pray for his soul to rest in peace.

Sudipta is currently in the hospital. He has undergone 3 sets of chemotherapy and undergoing 4th one. He is on proper medications. He has some complications due to chemotherapy and slowly recovering. Doctors will decide the next course of treatment once the chemotherapy gets over. 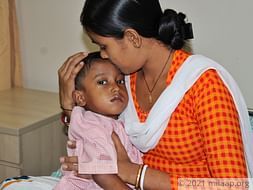