I met Sarvesh for the first time in February this year, when I was at Jaypee Hospital, Noida for multiple surgeries of my own baby daughter who was detected with a congenital heart defect at birth as well intestinal issues. He is a sweet and intelligent 12-year-old kid who has been battling a rare heart condition (VSD with PS with Bicuspid Aortic valve, severe AS) since 2004. He underwent a follow-up surgery in September 2015 (Modified Konno Ross procedure & RVOT reconstruction by bicuspid pulmonary valve creation) and later also had another complication surgically corrected in January 2016, but further complications ensued by way of him developing severe sepsis with symptoms of multi-organ dysfunction.  He is currently undergoing a prolonged treatment for the last few months for IV antibiotics and antifungal while being monitored regularly for hemodynamics and assessment of severity of Endocarditis.

I have the case summary and surgeon's letter validating the above available with me. Paediatric cardiology still remains under the radar when it comes to the complicated cases where widespread awareness and help is needed. The family is from Mumbai and after all the hospitals there had failed to treat this boy and shunned it as a 'damage beyond repair' case, they found a saviour in Jaypee's team who have done a great job so far. However, the costs for such treatment are substantial, and the bills so far have already exceeded INR 20 lakhs. The father is the sole bread earner of the family and has sold off everything for his son's treatment.

Sarvesh also has an elder sister. I am starting this campaign to raise money for Sarvesh's further treatment (surgery, medicines, injectibles and normal day to day clinical care)and help him in a small way in an incredibly heart-wrenching journey, one I have experienced myself in my daughter's case as well as seen after we came to know Sarvesh and his family better. Fortunately, I had the resources to take care of my daughter; but everyone may not be and seeing kids like Sarvesh and witnessing their painful predicament has prompted me to help them out in any small way I can. Sarvesh's hospital details for verification are as under: 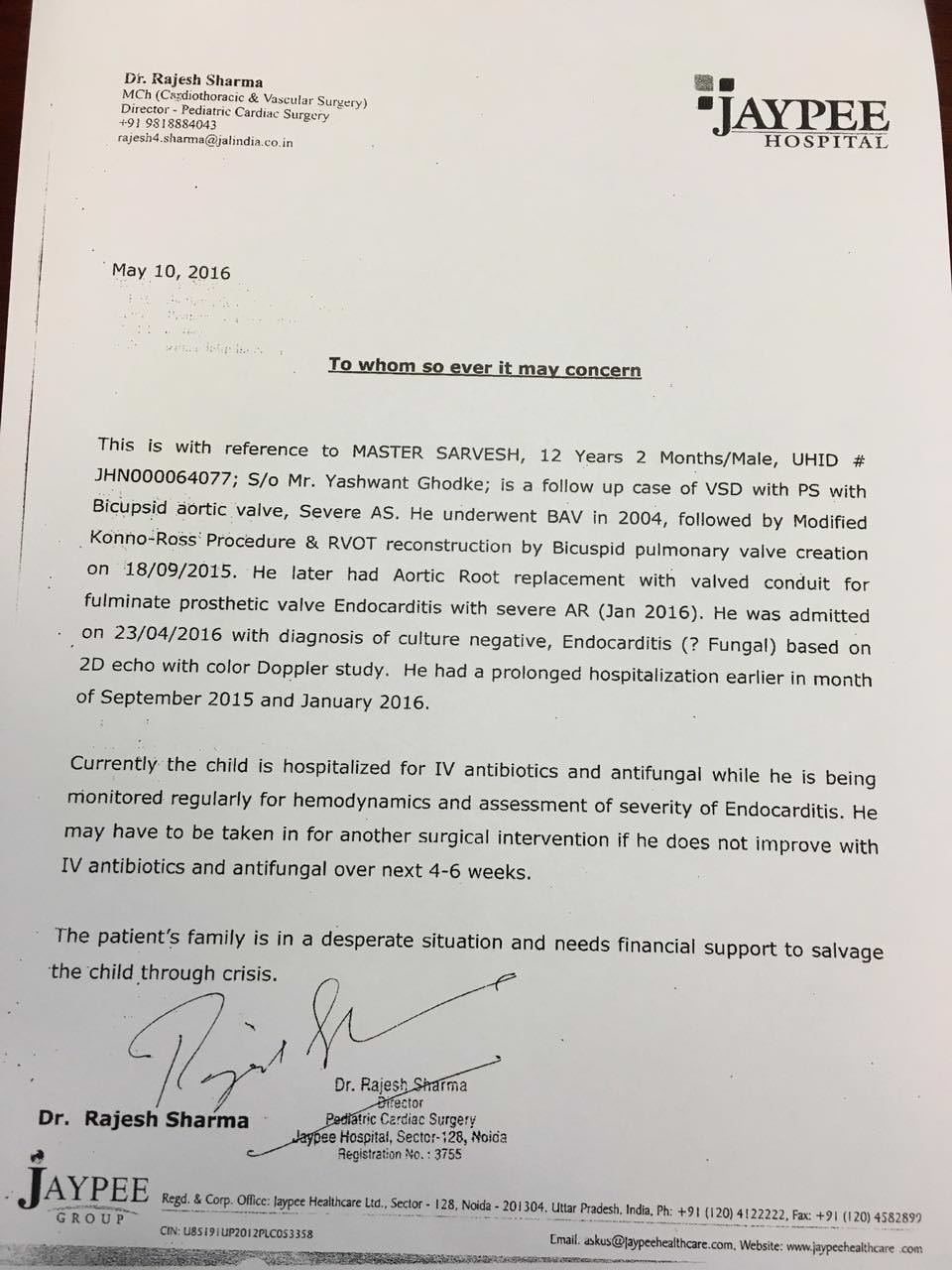