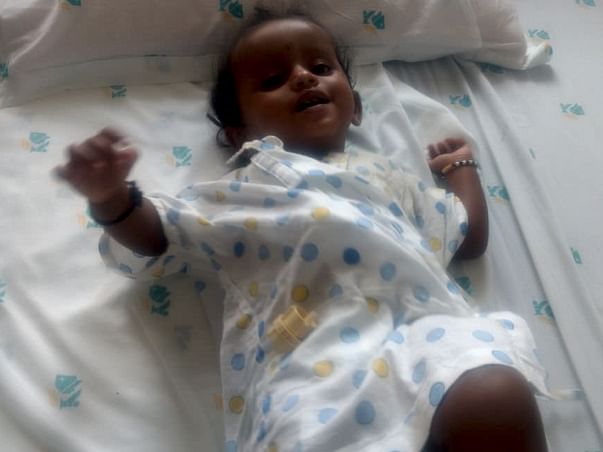 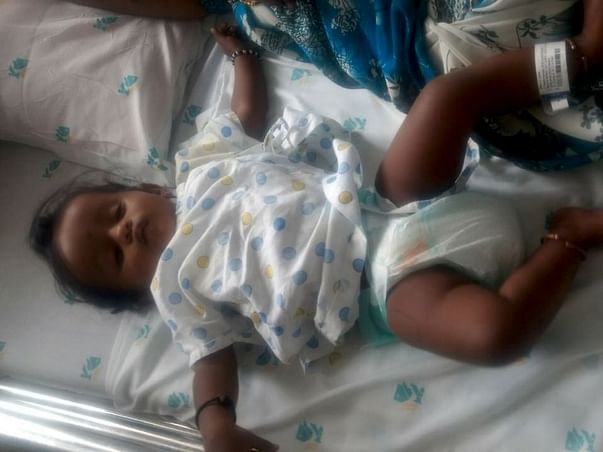 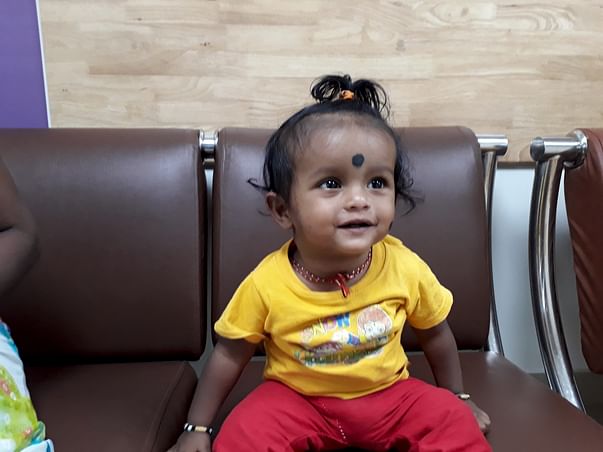 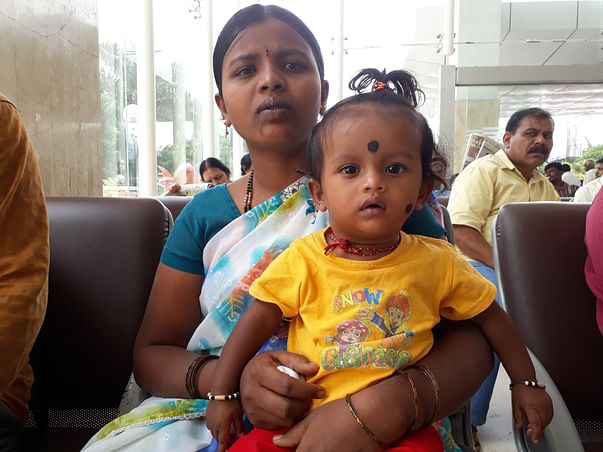 Previous Next
10 months old, my daughter should be walking, talking and discovering life. Instead, she is fighting the worst disease that can ever inflict a person, much less, a child. Usha has cancer, and we are struggling to save her.

A swelling in the neck led to the diagnosis

We got concerned about a swelling on Usha's neck when she was just 6 months old. It began like a small bump from a mosquito bite. I thought it would go away in a few days, but it didn't. I took her to a doctor at Indira Gandhi Hospital. He gave drops to dissolve it. 2 months we used those drops, it just got bigger.
I was scared for her now. I took her to a private hospital where the doctor suggested a biopsy. Ready to do anything, I agreed. This is where we received the diagnosis that Usha has neuroblastoma.
Usha needs chemotherapy to stop this cancer from spreading
Rajeshwari almost fainted when the doctor told us in simple terms - a type of cancer. We rushed Usha to Apollo where a doctor reconfirmed her diagnosis after more tests, and suggested a treatment plan. He said this was low-risk. If we start now, we had a good chance of saving Usha, especially because the worst symptoms haven't shown up yet.
This tumor was affecting her nerves, silently waiting to kill her. My baby girl looks normal and happy on the outside, but she is slowly succumbing to this disease on the inside, and she can't even tell us.

With Rs. 500/day income, and an unsteady job, this father is unable to save Usha

Usha is all we have. We don't have anything else other than each other in this family of three. I work as an electrician's assistant for a daily wage of Rs. 500. I have spent over Rs. 70,000 so far on tests and even that I had to borrow from everyone I know. For chemotherapy, we need to arrange Rs. 4 Lakhs, but I don't have that kind of money.
Now I have a chance to save Usha. Without 4 sessions of chemotherapy, tests, medicines and everything needed during the following months, I might just lose my daughter.

Your help will be a blessing

Srinivas and Rajeswari have reached out to everyone they know but they are unable to raise enough for the treatment. The money raised through this fundraiser will help baby Usha continue treatment and beat cancer.
Save 10-month-old Usha from this tumor and help her have a healthy life. 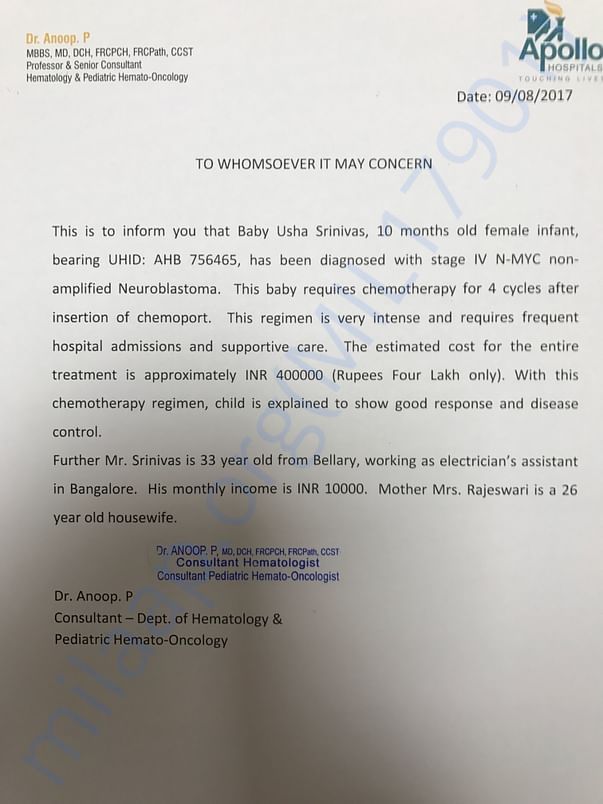 The baby went for a consultation and got admitted on 27th September for treatment. She got discharged the next day and her progress has been steady.

We thank you for your valuable support.
Dear supporters,

We are extremely grateful for your support to help this little one. Baby got admitted to the hospital on 6th September. The doctor has started medical administration for the baby and she got discharged on 9th September. We request you to share the campaign with your friends and family to help us raise more funds for her treatment.
Donate
OR

Scan & donate with any app
check_circle_outline Download payment receipt
Report fundraiser
Know someone in need of funds for a medical emergency? Refer to us
Rs.174,783 raised

Donated to this campaign via Bank transfer/QR Code? Click here if you can’t find your donation listed below.
VB
Vishnu donated Rs.5,000

Donated to this campaign via Bank transfer/QR Code? Click here if you can’t find your donation listed below.
VB
Vishnu donated Rs.5,000

DP
You are sending a message to
Dr. P. Anoop
Go back 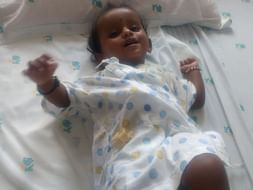