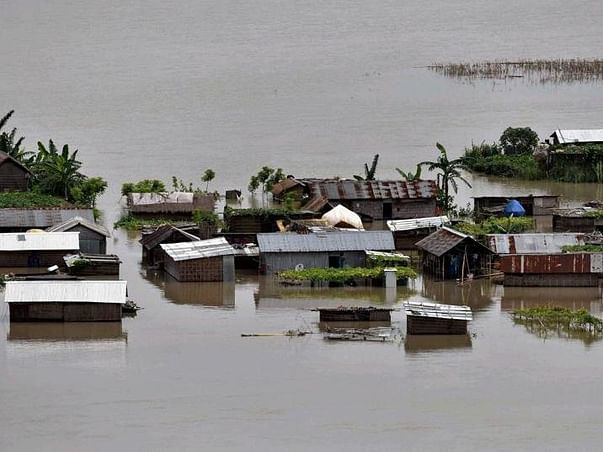 I am a student in
Guwahati, I have friends who is belongings to Golaghat. We came to know from
him that full of their home town flooded.

In this floods, farms and houses are destroyed. Some people became
homeless. This make me feel sad, we are collected some funds in college
and went there to help flood victims, when we reach there we came to know that
it is not enough what we carried to them.

Again, we are planning
to run
relief camp in Golaghat to support the flood victims by end of the August, but
this time we need your support as well since we do not have much funds in hand.

Primary things we do:

I was
some interested students, want to help to re-build School for in that village.

Many persons have died
due to floods in Assam that have affected nearly 1 lakh people in five
districts of the state. The total number of flood-related deaths across the
state has risen to 45 this year.

Floods destroyed almost
everything. Houses are torn off with their foundation, earth has been sunken in
creating a different landscape.

Another thing of this
floods effect is the environmental and economical situations became very worse.
Due to floods, there is a large amount of water that runs over the town. Loose
soil created mud slides, which created hazardous situations for living. The
economy after the flood is one of the greatest effected. They need to rebuild
and payback what was lost. These things include houses, roads, schools, etc.

Thousands of people in
116 villages of Assam’s Golaghat district have been affected by flooding after
excess water was released from a dam located at Nagaland’s Wokha district.

In Golaghat district heavy landslide has formed an artificial lake on upstream
of Doyang River and the situation may worsen if it breaches, which will bring
more water to Doyang and Dhansiri rivers. Because of the flood water, it became
harder to us also for medical services to help civilians. They are relying on
the aid to bring refugees food. consequently, if the aid people have a hard
time getting through the water, some people starve to death.

What are we doing?

We are running relief camp in Golaghat where 2640 people have taken shelter.

Take personal responsibility to help and get a set of Assam.

Please verify your donations after
payment.