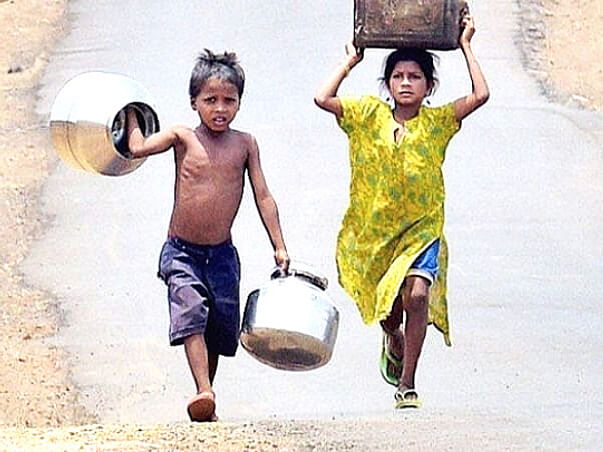 Share
Bundelkhand is a region situated at the border of Uttar Pradesh and Madhya Pradesh. It is a place of massive historic significance dating all the way back to the  14th century while it was being ruled by the Chandelas. It went on to witness a series of key events in Indian history such as the Maratha rule, the British rule, and the struggle for independent India. It went on to earn enough importance and prosperity to be considered to be made its own state at one point.
However in the present day scenario, Bundelkhand falls into the category of 100 most underdeveloped regions in India. It is a well-known fact that Bundelkhand region as off now is the most backward region with a grim face of ugly poverty. Most hunger deaths are reported from the region along with farmer's suicide every third day. The lack of natural resources, no scope for education and workforce and erratic rain patterns are some of the major factors for the present day condition of Bundelkhand.
People in Bundelkhand lack basic facilities to health care and sanitation, the nearest form of medical facility being 30km away from the region.
Other problems include:
Project Aashray
Under project Aashray we are planning to raise funds and aid the people of Bundelkhand by using the money we raise to build a social hub which would provide education centers(providing basic as well as adult and digital education),health facilities, and work programs to produce skilled and developed work force and many other amenities such as clean water, legal aid, food and security, orphanage and old age homes and Information and communication facilities all under one roof.
Our Center will provide benefits to nearly 1,00,000 villagers, Our team has done intensive research of such areas and we have come to the concluded that these facilities are their basic requirements and it is extremely vital for the construction of these amenities
To ensure the development of Bundelkhand
The Social hub is an initiative of Humanity Welfare Council for ground development of the backward areas of India. On this path, we have chosen the Bundelkhand region as our first phase. After the Bundelkhand region, we will be moving to the other backward areas of the nation.
ESTIMATED COST OF THE PROJECT

Cost, as estimated by management, will be around Rs. 1.24 Crore which will be covered in 2 phases.
Plant & Machinery required -
Manpower required -

After an initial investment of Rs. 1.24 Crore, Running & maintenance cost of the project will be around Rs. 4 lakhs. As we have mentioned earlier that this system is a self-sustainable system so, the running cost is not included in the total amount.