A Deadly Tumor Has Disfigured This Young Boy's Face, Needs Help | Milaap
This is a supporting campaign. Contributions made to this campaign will go towards the main campaign. 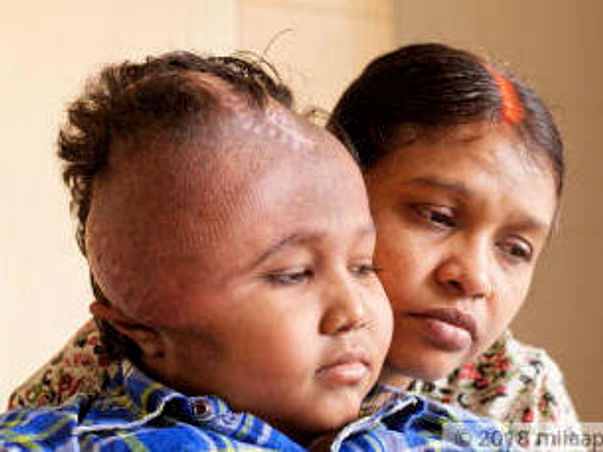 Waiting outside the doctor’s cabin, Aryan (9) holds his mother Pallavi’s hand, assuring her that everything will be fine soon. Aryan has always been Pallavi’s greatest strength, and now, as he battles a cancerous tumour in his brain, he still stays strong and positive. “I will beat this disease and only then go home, mumma,” he says, bravely. But Aryan is young and doesn’t understand the implications of cancer, the thought of which haunts Pallavi day and night. The tumour has ravaged his face, and the swelling on his head is only getting bigger. There are times when he sees his reflection and flinches but stays quiet. It’s been 3 months since they’ve gone back home, and Aryan is not ready to give up. He’s determined to fight what he thinks is an infection. However, his positivity alone is not enough to beat the dreadful disease – Aryan needs chemotherapy urgently.

UPI: givetopallavid3@yesbankltd (Copy to clipboard)
Or
Click here to read the instructions before you make a bank transfer. 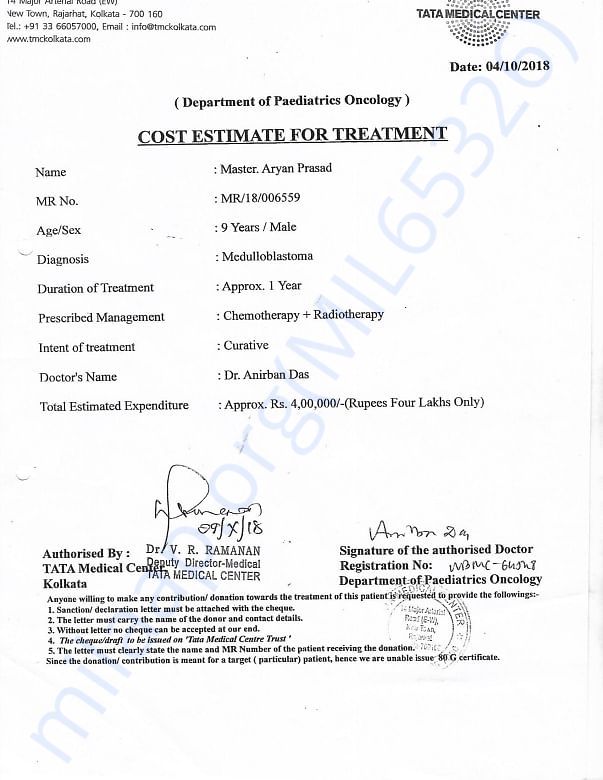 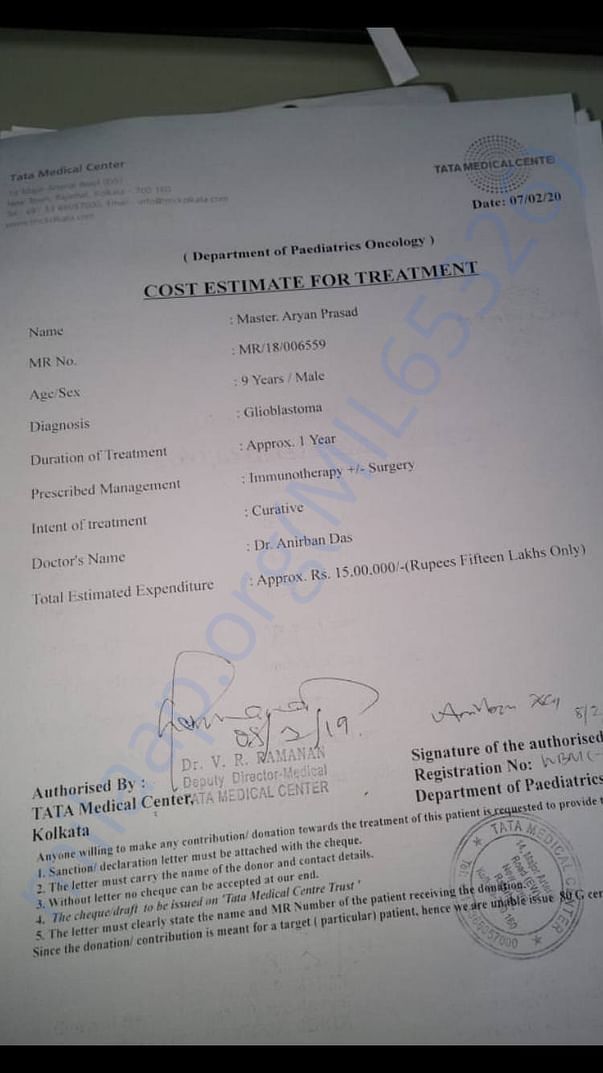 UPI: givetopallavid3@yesbankltd (Copy to clipboard)
Or
Click here to read the instructions before you make a bank transfer.

Thank you for all the love, support and prayers.

Aryan is continuing with his treatment and is in remission. The plan is to continue present treatment for 6 months, after which the doctors will plan on further therapy.

Here is an update about Aryan. He is still in the hospital and is currently responding well to his treatments. He needs to undergo another surgery for removal of an external growth in his stomach. After the surgery, he will be discharged from the hospital.

Please continue to keep him in your prayers.

Thank you for the support towards Aryan.

His chemotherapy is over has he has responded well to it. Currently, the doctors are giving him Nivolumab, each course of which costs about 1 lac. He is due for a course on Tuesday. He has to take this every 15 days.

Thank you again for the support. 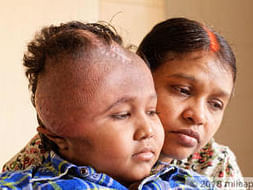