Your Support Will Help 14-Year-Old Rini Fight For Her Life | Milaap
This is a supporting campaign. Contributions made to this campaign will go towards the main campaign.
This campaign has stopped and can no longer accept donations. 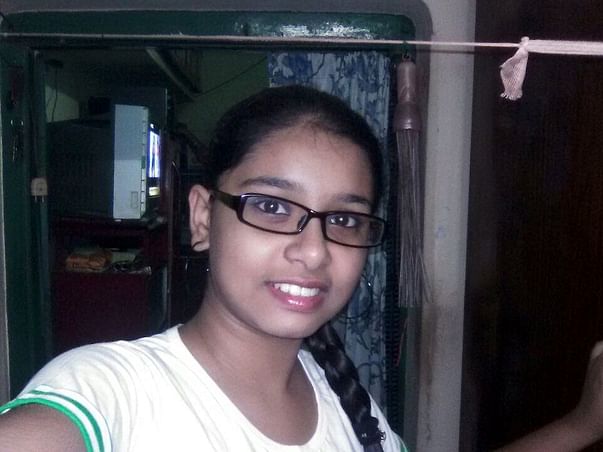 On the fateful evening of 15th December, my 14 year old cousin Rini met with a terrible accident on NH 34 on her way back to Barasat. In more detail, near a place called Suripukur, a bus hit the Tata Indica car where she was seated behind the driver. While her mother and aunt suffered minor injuries and the driver survived a head injury, Rini bore the most cruel brunt of the impact. Her entire body was hit heavily. The most affected parts are face, legs and head. Ever-since unconscious, Rini was hurried to the Barasat Hospital by the locals. The doctors in the Hospital provided her primary treatment but gave up (due to limitations in equipment etc.) on providing rigorous treatment due to the severeness of the injuries.
Consequently, we took her to a local nursing home, then to Narayana Multi Specialty Hospital in Madhyamgram around 5:30 PM. Rini was put to ventilation immediately by the available doctor while the neuro surgeon Dr. Siddique arrived around 7:30 PM. The hospital authority informed us that they did not have a blood bank. Our inexperienced attempt to gather blood (Group A+) was slow and retarded by extreme confusion on behalf of the hospital authority. Dr. Siddique succumbed to the pressure and confessed that this case was too complex and risky for him to take up even for him!
Abandoned and left in the middle of nowhere, we called hospitals in Kolkata for a ventilator enabled ambulance which are unavailable in Barasat. Due to dearth in number of ventilator enabled ambulances, we eventually managed to get one from the Apollo Hospital only around 11:30 PM at night, and finally reached the Apollo Hospital in Kolkata at 12:30 AM on 16th December. Neuro surgeon Dr. B.K Singhania arrived at 2:30 AM and operated her till 7:00 AM in the morning. There were multiple haemorrhages inside her brain and the brain itself had shifted left from the center line. Fluid gathered inside her brain causing swelling and such immense pressure that doctors had to carve a portion of her skull bone out to relieve her brain and prevent the brain from oozing out. The piece of skull still lies in the Bone Bank of the hospital. Fearing that her legs might become permanently deformed and unusable, orthopedic surgeon Dr. Buddhadeb Chatterjee operated her while still on ventilation. Similarly, fearing that further flow of saliva could cause infection in her mouth, maxillofacial surgeon Dr. Kaustav operated her and performed plastic surgery to reconstruct her face wherever needed.
Fortunately all the three surgeries were successful (according to the doctors) but only Rini continues to remain critical with her condition fluctuating between marginal improvement and re-deterioration. She is still in ventilation, twelve slow and painful days after that black evening. The hospital bills are soaring exponentially as one might expect. It has already crossed 12 lakhs (1.2 Million) INR and is likely to increase manifold because Rini is still in her deep slumber under life support and none of the doctors are able to predict when she would come back to consciousness. Rini's father works as an assistant of a local promoter and also as a cricket coach in local club (Subhash Maidan). He barely makes around 7-8k INR and already has spent all his savings for her treatment.
We need your support now more than ever. I firmly believe that this is not Rini’s battle alone, we are all part of this brutal reality where every ticking second of a person’s life is borrowed in money.
We have put an initial target of Rs. 10 lakhs (1 mil) hoping that we will see her improving in the coming days. However, this might change according to the condition. We hope that you will be with us in this terrible and unfortunate battle of Rini. Thank you !
Rini's Birth Certificate 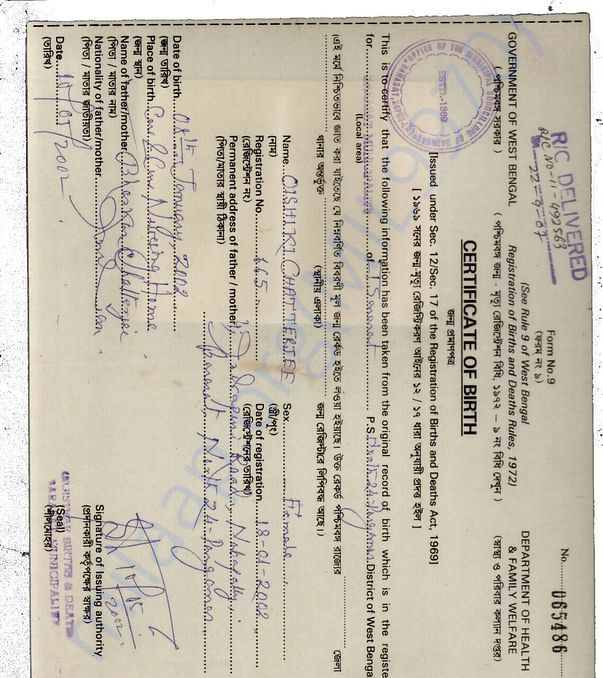 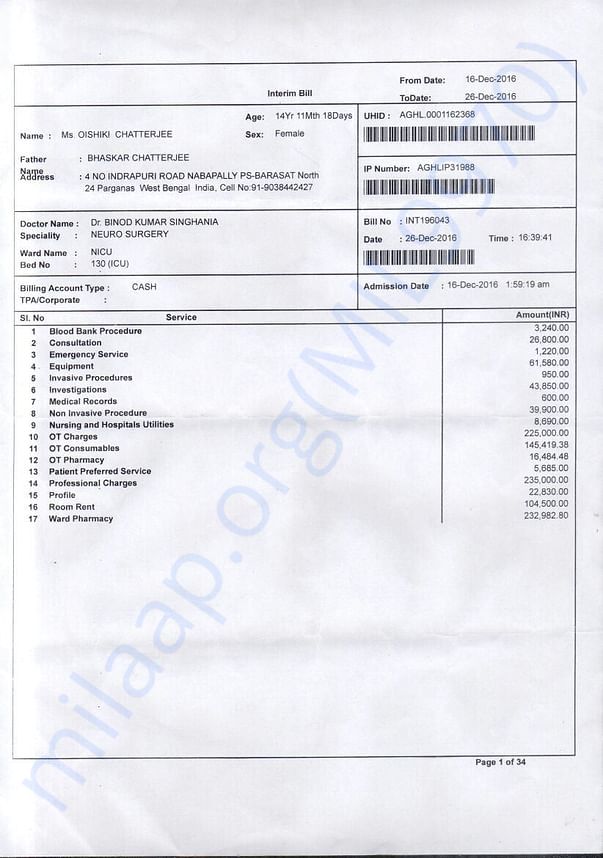 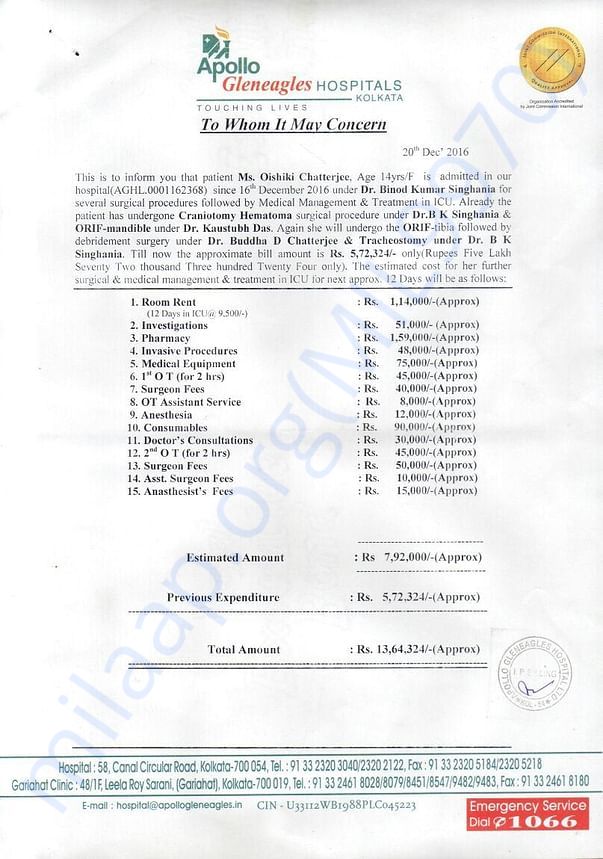 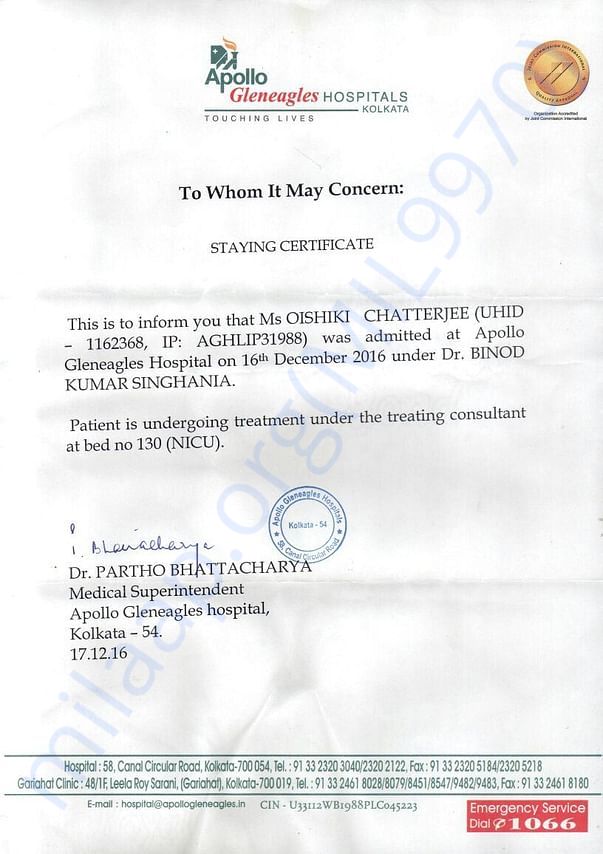 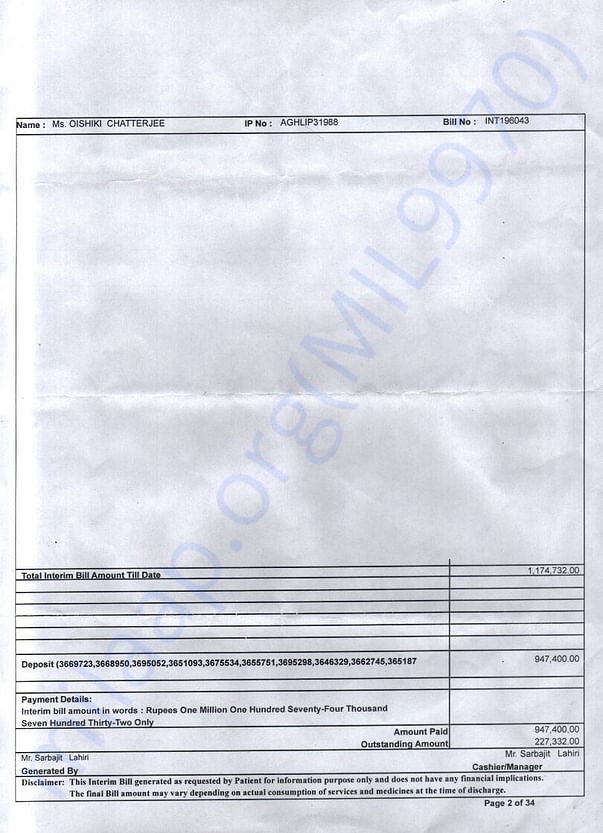 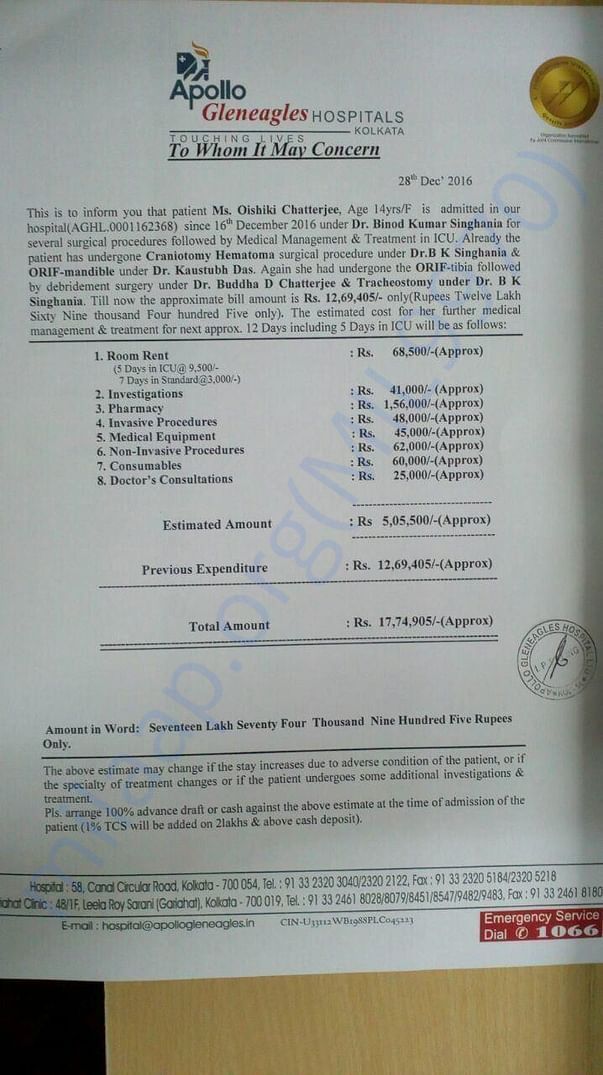 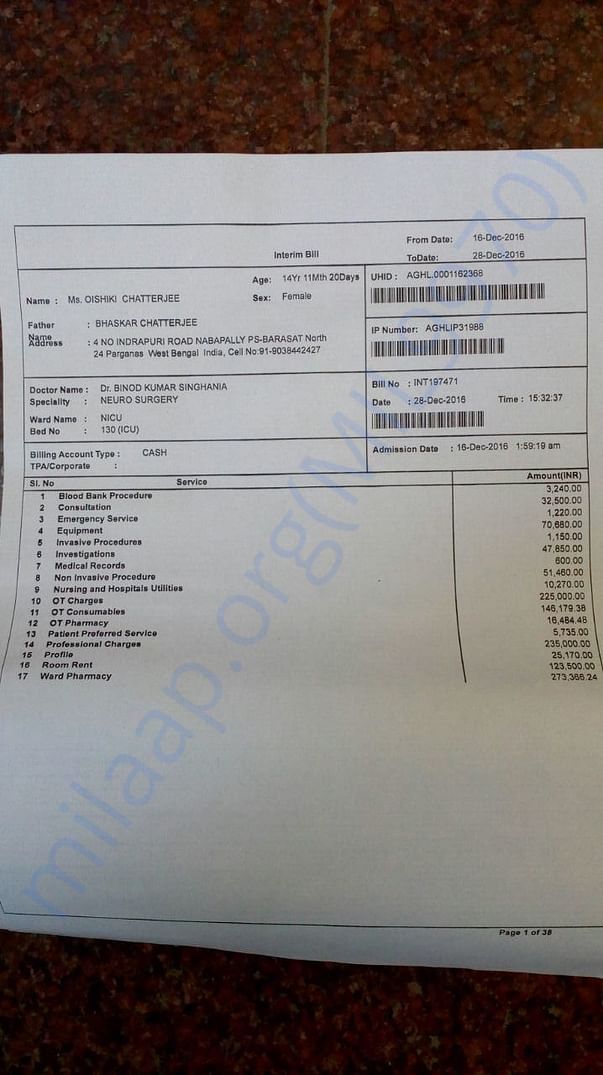 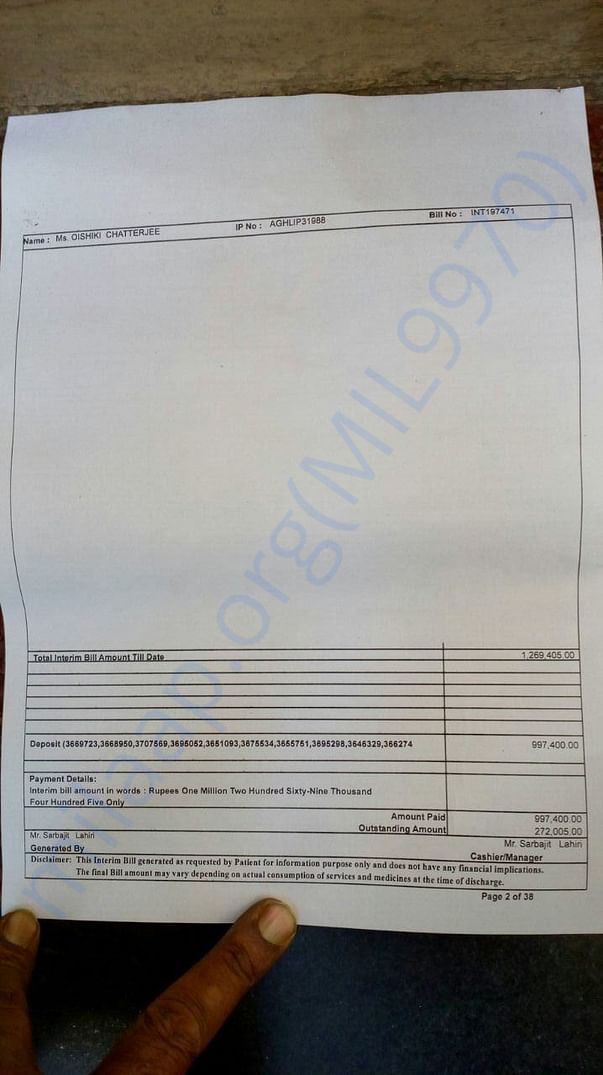 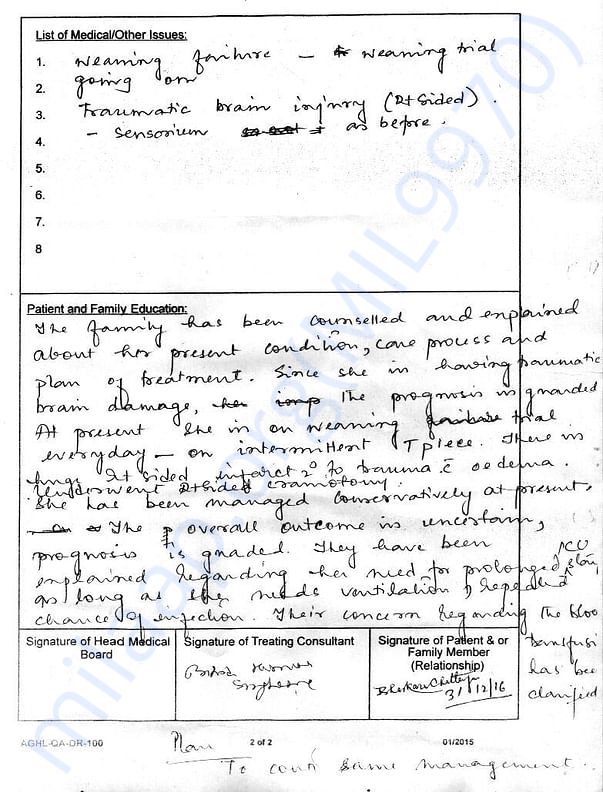 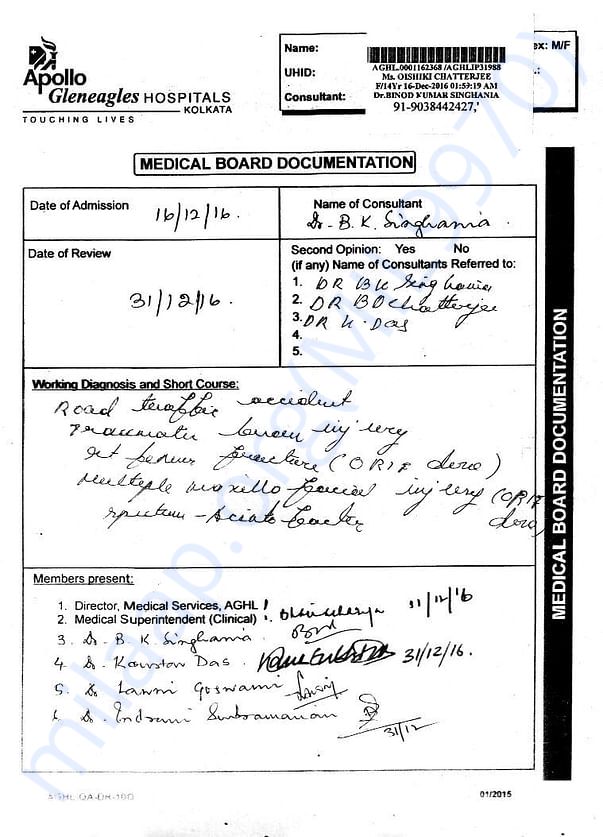 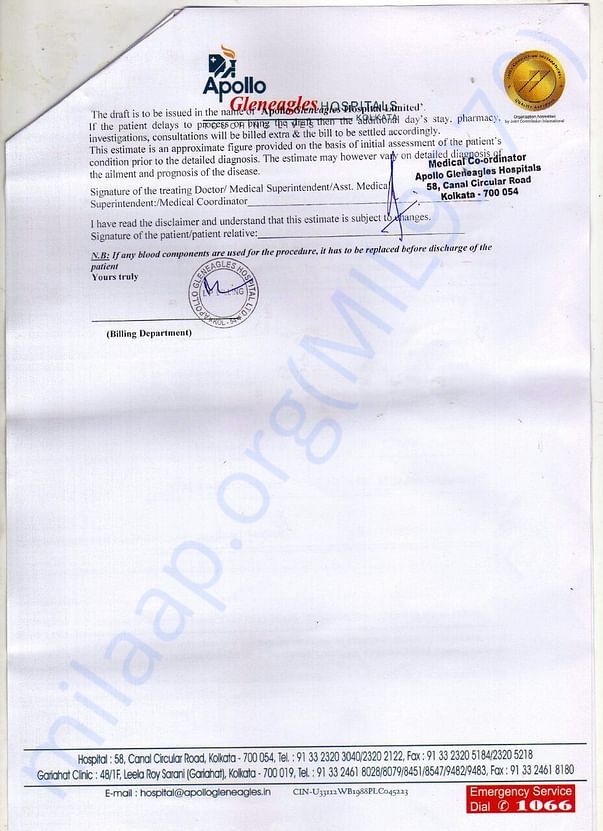 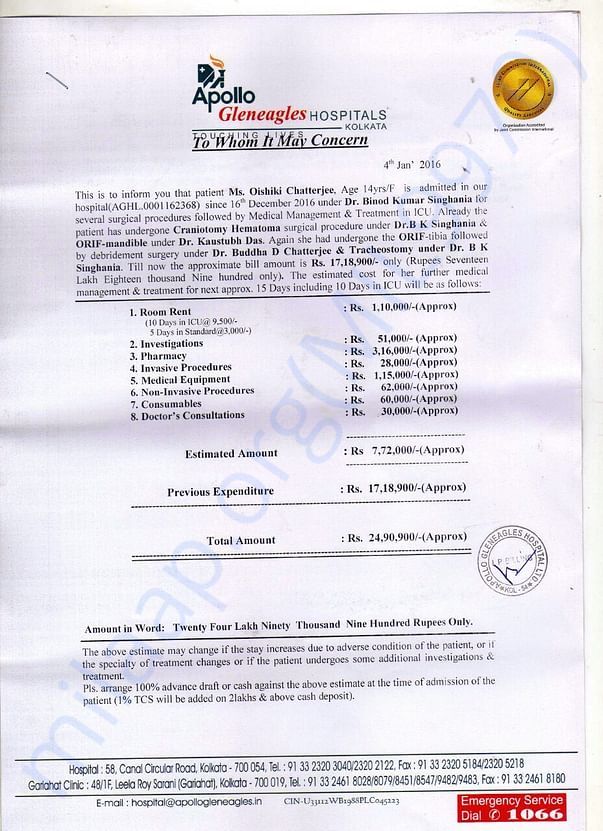 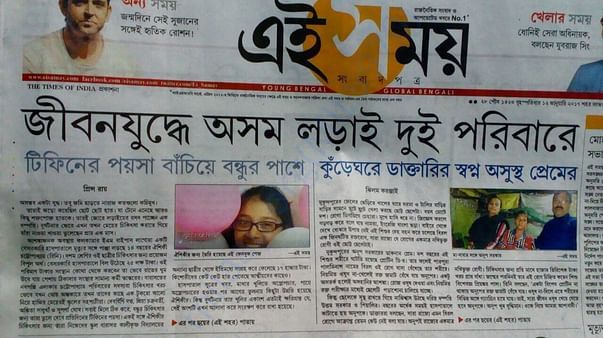 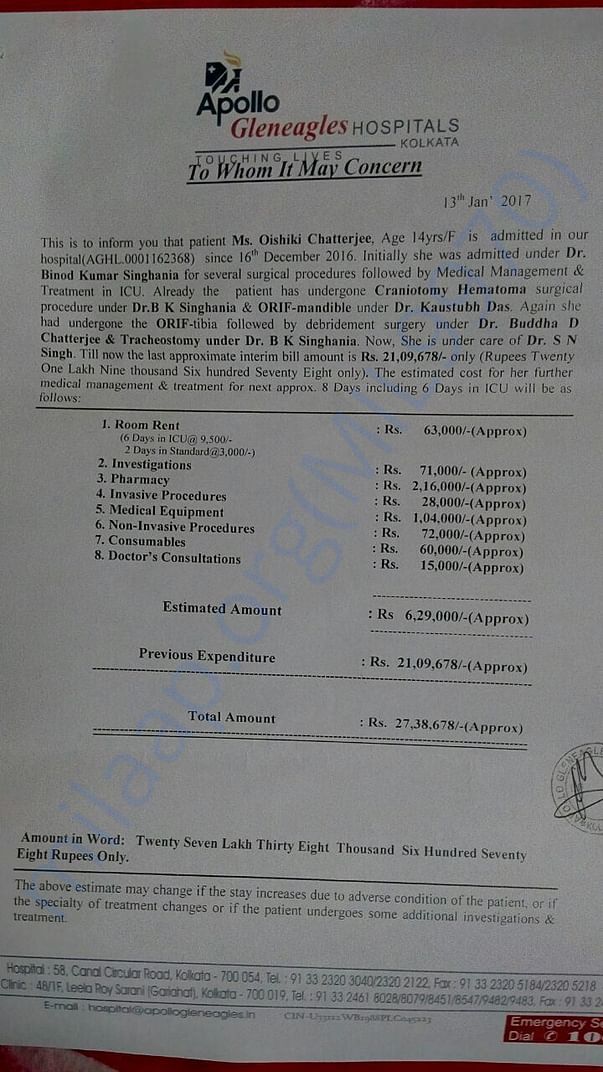 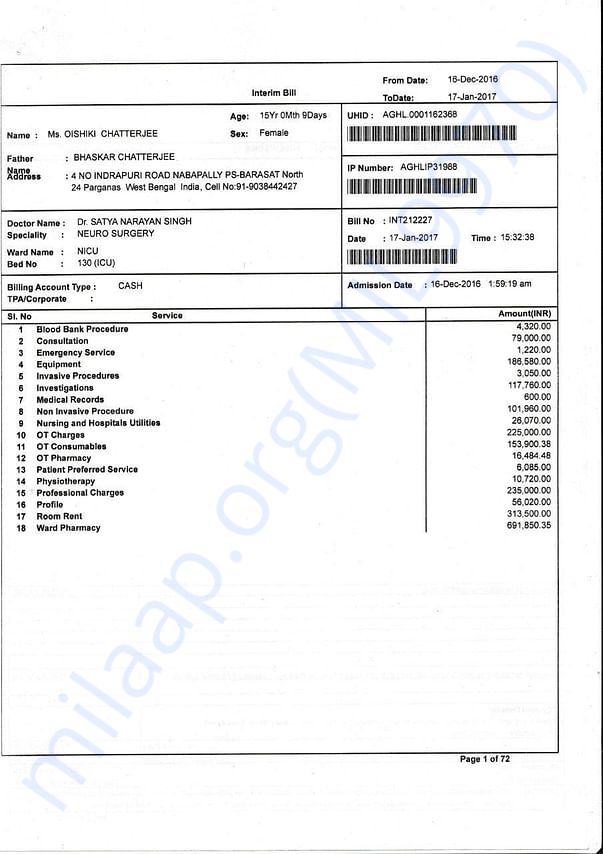 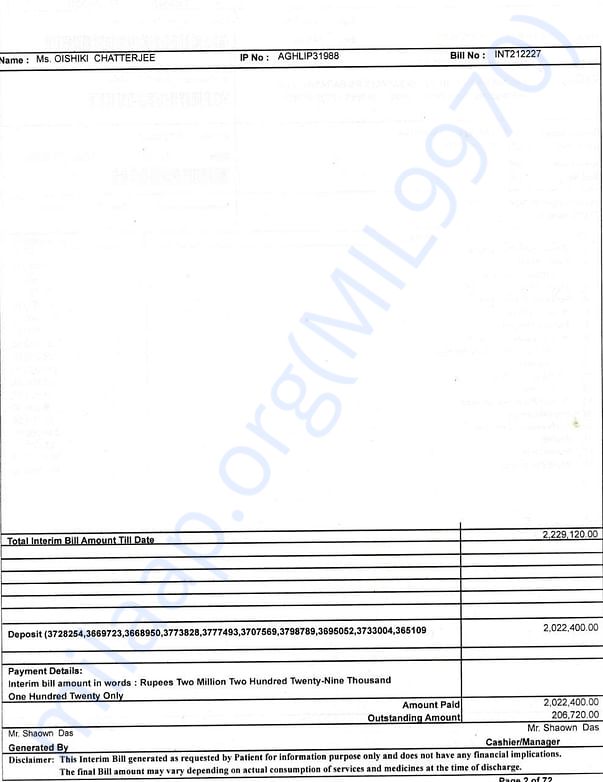 Ask for an update
Donated to this campaign via Paytm or bank transfer? Click here if you have not received an email confirmation from Milaap.
We are deeply saddened to inform you that little Rini has left all of us today, Feb 17. She breathed her last after suffering a heart attack at 3pm in the afternoon.

We thank you from the bottom of our hearts for all the prayers and the help that you have extended to her over the past few weeks. And we hope Rini is in a better place now, far far away from all the suffering.

May she come back to life as soon as possible. All our prayers with her.

I wish her a speedy recovery.

Hope she gets well.

May she come back to life as soon as possible. All our prayers with her.

I wish her a speedy recovery.

Hope she gets well.

You are sending a message to
Arnab sinha roy
Go back 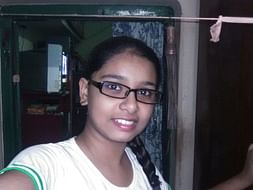