Support Us In Shaping The Career Of 70+ Students Who Are Change Agents | Milaap
This is a supporting campaign. Contributions made to this campaign will go towards the main campaign.
This campaign has stopped and can no longer accept donations.
Milaap will not charge any fee on your donation to this campaign. 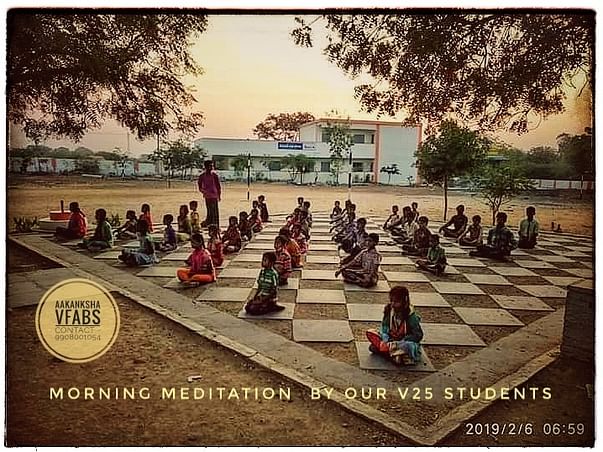 Aakanksha VFABS is an NGO which is providing sponsorship for 70 students across Andhra Pradesh, Telangana and jharkhand. We provide these students with the fees, books, uniform and food.
Pic - we provide our students books and provide them with protective covers as well.


Pic - we provide our students with uniforms.

For all these expenses we raise funds from the public. We are a registered society and we provide 80G benefit for our donors. All the students we sponsor are from the poor background ranging from kids who don't have both parents to families where kid's education has been neglected for years.
It was an initiative by my friends Ms. Madhavi Bandreddy, Ms. Anita Madhuri, Ms. Parvati Sridevi who were my colleagues in TCS in 2011 and me. My another friend Mr. Rajesh Battula joined us very soon. It was started by a common motive we had then - to give back to the society from which we have received a lot and are settled well in our lives (barring few personal problems that few of us are still facing).
The women behind this initiative are so resilient that they never took a back step despite facing harsh difficulties in their life and one girl is still facing the most difficult times that a person can face. But those difficulties didn't deter their conviction to sustain this organization.

We knew that students with financial difficulties may not concentrate on their studies and so we wanted to be their second set of parents who can support them when they need us the most. We provide not just financial support but also love and moral support. We mentor them, we guide them and we stand by them when they face any failures.

We started with one student of warangal District of Telangana and only five donors. But now we are supporting around 70 students under our sponsorship program and 300+ students in Rural government schools through our Digital AaSha project.


Pic - gratitude from the students for setting up the Digital lab.

All in all we are impacting around 400 students and the same number of families so that they can have a bright future ahead.


Pic - motivation class and career guidance by a civils ranker


Pic - An effort to bring forward the artistic talent among the rural students. In fact we noticed very good artists in those rural schools.

Pic - Our anniversary event and an IFS and IPS being our chief guests.


Pic - Our plan for the next academic year.


Pic - we encourage swachatha behavior among our students and make them keep their surroundings clean and green.


Pictures - taking our students on educational and recreational tours.

Pic -  students and our volunteer Mr. Rajesh Battula in a science fair.


Pic - A digital lab setup under our Digital AaSha project in a rural government school.

Pic - Our scholars whose father committed suicide due to debt. They are from Sangareddy District of telangana.


Pic -  Asifa with bronze medal in the same international championship. 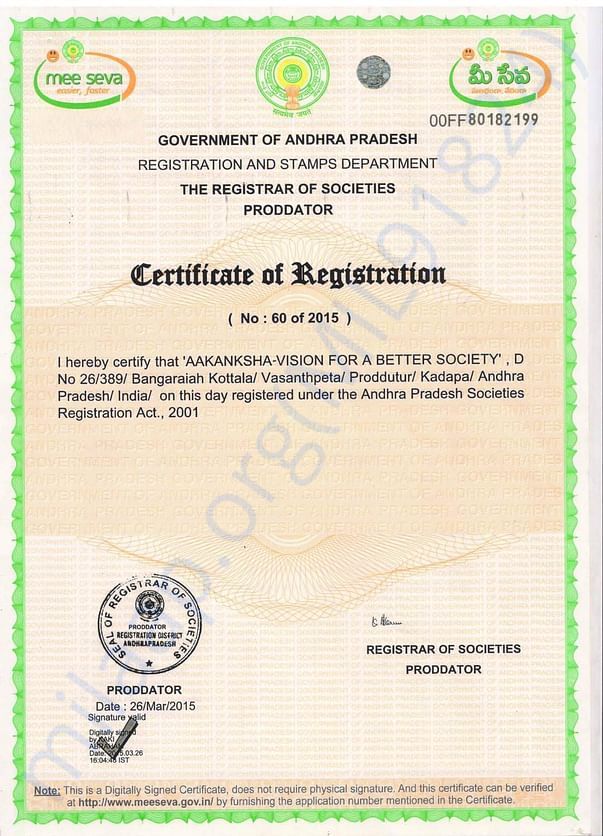 80G permission to grant tax exemption for our donors 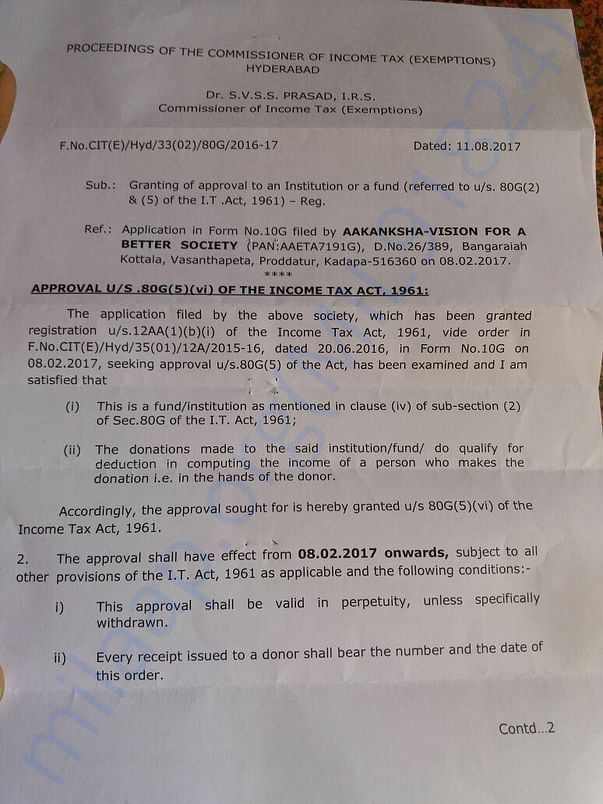 Aakanksha VFABS has 12A permission where donations are tax exempted 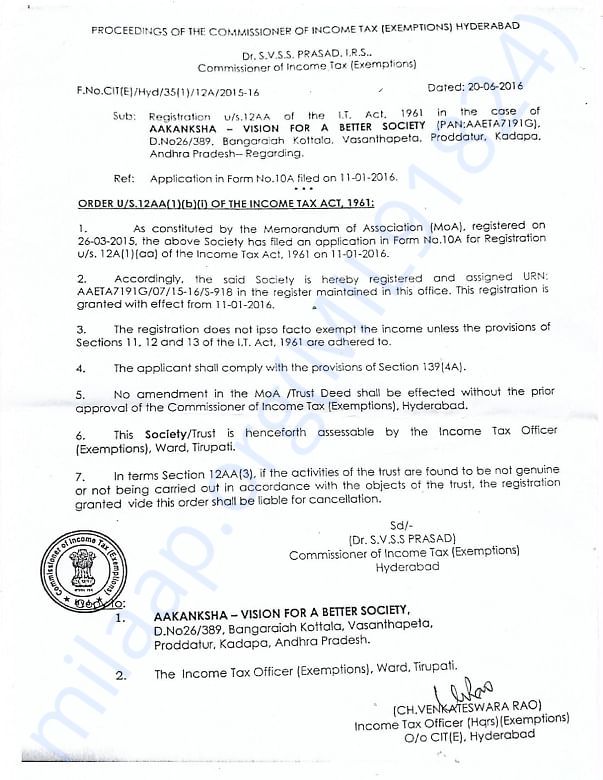 Ask for an update
Fighting #Covid19

We all know that Covid19 has brought the entire nation to a halt impacting the lives of each and every Indian. In fact, the families of those dependent on the daily wages and honarariums are hit most with the loss of economic activity amidst the imposed 3 weeks lockdown.

We always stand with those who work with along with those families whom we have been working since our incpeiton. We will be paying them salaries as usual on the dates that we used to pay them.

We are now on a mission to construct Gurukul, a home for 100 kids who are either orphans or kids from less privileged families. We wish to seek you kind and generous support for this. Keep supporting us. Lets bring smiles on the faces of those poor souls. 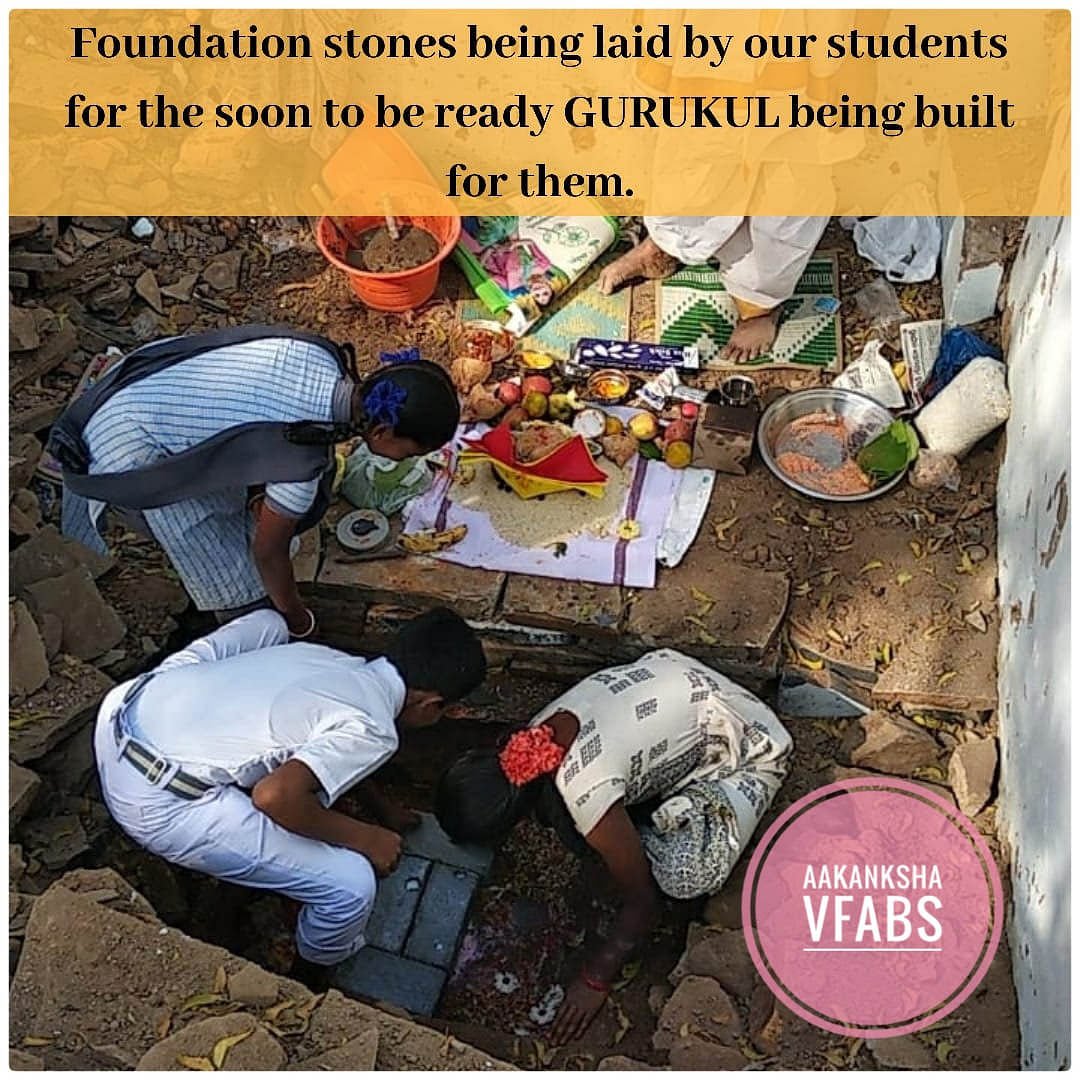 We found many of our students need boarding facility as their guardians could not afford feeding them a meal. We also feel it's the right time to take up raising the little orphans who are helpless and in complete distress.

All we need is a home which is caring and safer for the kids. We know we have your support. What we don't have is the home. So, we started the construction of the home just recently.

Hoping to get your support in this initiative. 80G tax benefits are available and the time is running out for you to claim that.

With the mighty support of donors like you we have completed our 8 year of journey on December 12th.


We would like to update you on the following activities of AaKanKsha.

We identified that the rural children are fed only carbohydrates and their parents are not focusing on the needs of protein and multiple vitamins and minerals for the children during their growth stages.

So, we started this project with an aim of providing "Nutritious Snack" by way of an Egg a day to each student. We also provide fruits like guava, Anjeera or dry fruits like badam to 50 students who are attending  our V25 Learning Center on daily basis barring Sundays.

Pic - Guava distributed on an evening


Pic - Having an EGG

2. Our GreenCorps were provided with Caps to protect them from heat and dust

Our students planted 75 saplings on the new year day and celebrated it in a meaningful way.

3. Now we plan to build a residential home for our students spread across 4 states and for also the homeless orphans by June 2020. We wish we would be able to complete the project soon and house 100 deprived kids in the Ashram home and provide them all the necessary nutrition, shelter and education. It may cost us no less than Rs.25,00,000/- for which the recent matching contribution by Milaap has been helpful.

We wish to get the same type of support from you in the coming months as well.

This campaign has stopped and can no longer accept donations.
$150 Million +
Raised on Milaap
Are you in need of financial support for medical or personal emergencies, or a social cause?
Start a fundraiser
Campaign organizer contact_mail
ak
anoop kumar saxena
Beneficiary: Aakanksha VFABS info_outline
Report fundraiser 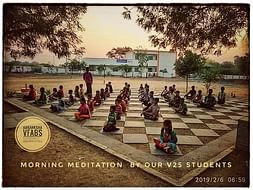