Help 20-year-old Anil fight a severe brain tumor | Milaap
Milaap will not charge any fee on your donation to this campaign. 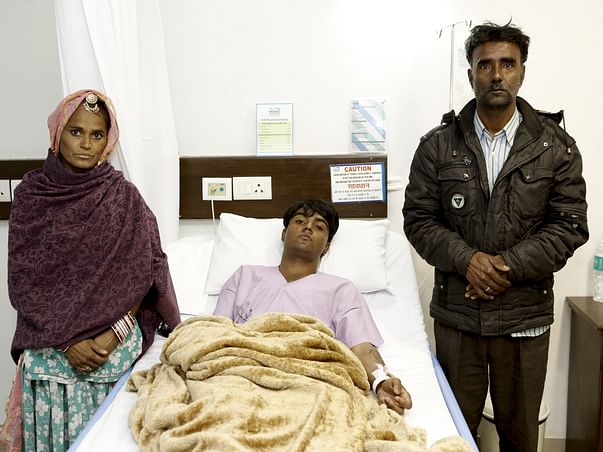 Anil is 20-year-old and has a tumour in his brain. He has been having the severe headache for the last 2 months and then in the month of October, he had an epileptic attack.Worried about the meaning of it, his old parents rushed him to a hospital in Haryana (where Anil is from).

Upon reaching the hospital, the doctors performed multiple tests. Awaiting the results, Anil's parents went through all kind of terrifying scenario in their heads but even the worst of them never came close to the tragedy of reality.
His worried parents rushed Anil to the nearest doctor where he was diagnosed with a cystic lesion which is a tumor/cyst in the brain. He needs surgery for this lesion as soon as possible.The surgery was to take place on 5 December 2017 but the family had to postpone it due to the lack of money
"He is our eldest son. He gave up his studies to help us ease our pressure. We are the illiterate and poor lot. we don't understand much about going to hospitals and medicines. all I know is, we want our t to be alive. We are nothing without our kids and it breaks this father's heart to see him suffering so much in front of me and do nothing", said the father.

The approximate cost of this surgery is around 3.5 lakhs.
Unfortunately, Anil's parents do not have the money to afford this amount and are worried that without this amount they will lose their son. They need our help to save their son.

Anils father and mother are daily wage labourers, and depending upon the availability of work, make Rs 5000 per month. Ever since Anil turned 18, he too left his studies to help his elderly parents to feed them stomachs. But for last few months, he hasn't been of any help due to his condition.
"We hardly have anything to fill our plates with at the end of the day and now the doctors say that the only way to save our son is an expensive surgery. We don't have any resources to arrange for that much amount. No one is even willing to give us a loan. And why would they anyway? They are well aware of our condition and know we probably won't be ever able to pay back", said the father.

How can you help?
Anil is only 20 and has his entire life in front of him. Funds raised through this fundraiser will go towards his treatment. 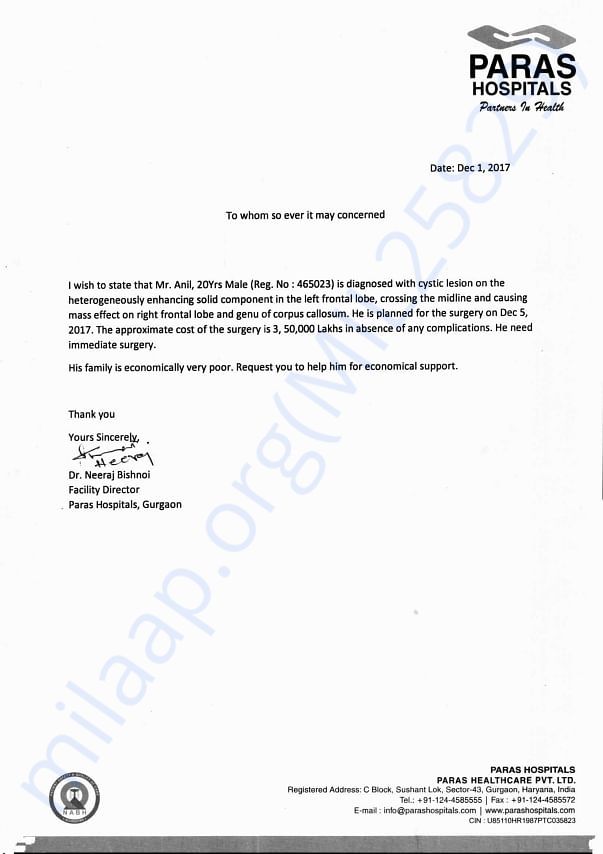 Scan & donate with any app
check_circle_outline Download payment receipt
Report fundraiser
See how thousands are crowdfunding for their causes on Milaap
Rs.2,500 raised

sG
You are sending a message to
shweta Gopika
Go back 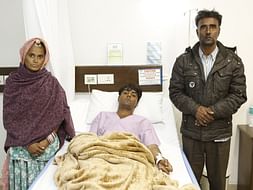