Help 13-Year-Old Aishwarya Get A Life-Saving Liver Transplant | Milaap
This is a supporting campaign. Contributions made to this campaign will go towards the main campaign.
This campaign has stopped and can no longer accept donations.
Milaap will not charge any fee on your donation to this campaign. 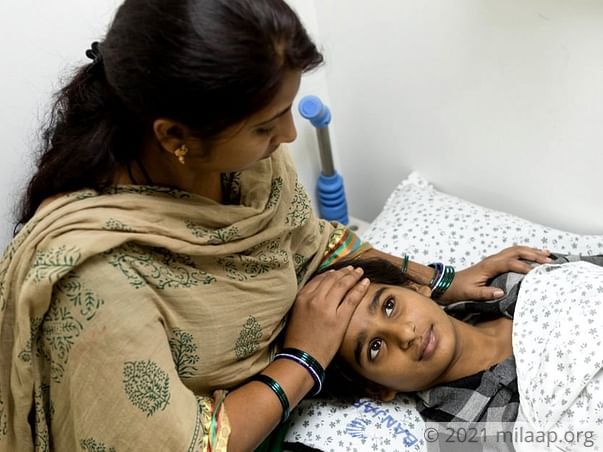 “She is so strong and positive and tells me she’ll be fine no time, but her body is getting closer to giving up each day that she goes without treatment. Despite all her pain, she gives me courage when I’m the one who should be comforting her.”

Aishwarya’s positivity has taken her mother, Rohini, and her doctors by surprise. She’s fighting a chronic liver disease for a year now, but this hasn’t broken Aishwarya’s spirit. She has bravely endured all the tests, scans and treatment so far. Sadly, her willpower isn’t enough to see her through anymore. Aishwarya needs an immediate liver transplant to survive. Even with Rohini’s best efforts, she’s unable to continue her daughter's treatment.

The diagnosis that changed everything

Rohini can’t believe that her 13-year-old daughter is battling a life-threatening disease. One year ago, when Aishwarya came home from school complaining of a stomach ache, she thought she would be fine in no time. However, two days later, it only got worse. Aishwarya could barely walk and had to be taken to the hospital. After blood tests and scans, she was diagnosed with liver disease. The happy, school going, first rank student risked losing her life.


“I couldn’t come to terms with it. It’s such a serious disease. I wanted to be sure, so I took her to different doctors, but they all said the same thing. Aishwarya had always been a healthy child growing up. I never had to take her to the hospital. She was active and cheerful. I never imagined that this would happen to her.”

8 months ago, Aishwarya’s condition began deteriorating. She started vomiting blood and was advised to have an endoscopy to prevent any future complications. Rohini takes her from their home in Bidar, Karnataka to Hyderabad, Andhra Pradesh for treatment every month. The endoscopy and medications make her weak, but they are the only thing keeping her going for now.

Rohini got divorced two years ago. Even before that, she single-handedly took care of her two children, Aishwarya and Aditya (10). Things haven’t been smooth sailing for Rohini, but Aishwarya has been her rock through it all.


“She has always told me that once she gets through school, she will get a scholarship, study further and get a job. She never wanted me to worry about anything. Her father hasn’t bothered to ask how she is or how we’re managing after we found out about her disease. Not even one phone call. She’s only a child, no matter how grown up she appears to be. I can’t imagine what’s going through her mind right now. She never complains though.”

It has been difficult for Rohini and her children, but they were getting by with whatever little they had. They were happy in their own small world, but Aishwarya’s disease has destroyed everything.

Aishwarya can be saved with a liver transplant, but Rohini can’t afford her treatment

Rohini works as a teacher in a small school in Bidar. She hardly earns Rs. 3000 per month. She sold the little jewellery that she had and borrowed from relatives to pay for Aishwarya’s treatment. She has spent nearly 3 lakhs on her tests and medications so far, but Aishwarya’s liver transplant will cost 16 lakhs, an amount above and beyond Rohini’s reach.

“I’m willing to give a part of my liver to save my daughter. I will do anything to save her, but I can’t afford the transplant amount. This is Aishwarya’s only chance to live now. The doctors say that with the surgery, her condition will only improve. That gives me hope, but then I think about how I’m going to pay for it. She has been there for me through everything, I feel like I’m letting her down now.”

Aishwarya can survive her liver disease with a liver transplant. Her mother, Rohini, is the donor, but she doesn’t have the means to pay for her treatment on a teacher’s income. Rohini has done all she can to try and save her daughter. Aishwarya’s willpower has brought her so far but now she needs your help to make it through this ordeal.

Your support can save Aishwarya’s life. 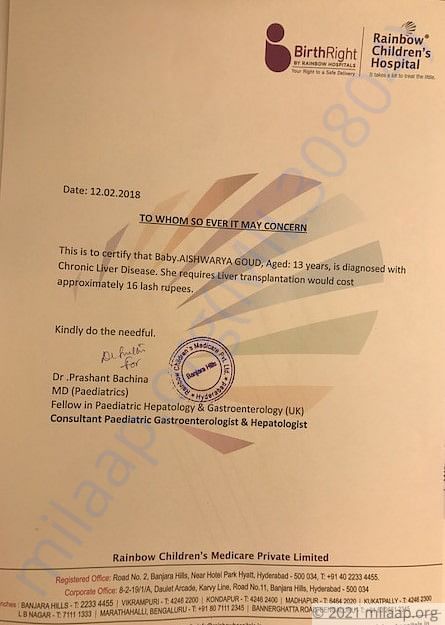 Aishwarya's endoscopy is done. We will be meeting the doctors in April. The transplant is not done yet. After the tests the doctor will let us know as to when the transplant can happen and we will be posting an update soon.

Aishwarya recently got her Endoscope and is not doing so well. The doctors are waiting for the donor to get healthy. The doctors have said that the transplant is compulsory and it should be done in 4 to 5 months.

Thank you for the support and please keep praying for us

Aishwaraya is doing ok. She underwent her endoscopy procedure and is recovering now. Currently, she is stable and is on her regular follow ups. The kid needs to undergo her transplant soon. Previously, the mother was expected to be the donor, but the mother is currently unfit to donate and they are looking for alternatives within the family. Simultaneously, we are hoping for the Mother's recovery too. We shall keep you posted on the same.

This campaign has stopped and can no longer accept donations.
$150 Million +
Raised on Milaap
Are you in need of financial support for medical or personal emergencies, or a social cause?
Start a fundraiser
Or
Know someone in need of funds for a medical emergency? Refer to us
Campaign organizer contact_mail
a
anichrisan
Beneficiary: Rohini Goud info_outline
Report fundraiser

a
You are sending a message to
anichrisan
Go back 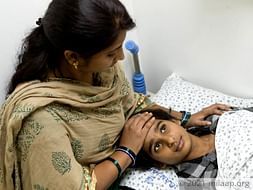