Help 7-year-old Aditya fight a severe heart disease | Milaap
This is a supporting campaign. Contributions made to this campaign will go towards the main campaign.
Milaap will not charge any fee on your donation to this campaign. 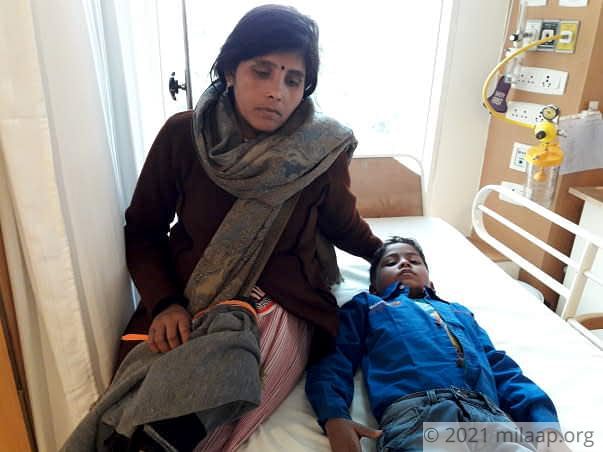 “My sister-in-law was just going to go wake the kids up for school when I heard her scream. I rushed to her side and saw Aditya shaking violently. This had never happened before. I didn’t know what to do, I couldn’t breathe. My brother wasn’t home. I only remember picking up his limp body and rushing him to the hospital.”

Little Aditya had been running a fever the whole week. His parents were giving him over-the-counter medicine to keep his temperature down. But after a week, he had a violent attack of fits and his family was alarmed. Aditya was taken to a small hospital near their house and his family was told that he needed more care than the hospital could provide. Scared, they took him to a bigger hospital, where he is still undergoing treatment. While he was discharged in two days, Aditya keeps falling sick often and has to be taken there often.

The family could not have imagined what would happen next

The doctors at Safdarjung told Aditya's family that the arteries of his kidney are blocked which is causing extremely high blood pressure. He needs a surgery to clear out his arteries, and to restore his heart to its normal condition. This heart surgery is inevitable for Aditya to survive.

“Every other day he complains that he is dizzy and develops a fever. He’s become so weak and he hasn’t been able to go to school since he fell sick. His blood pressure is extremely high. They said that if he’s going to get better, he needs to have a surgery.”

Aditya is only 7, and before hospital visits became the predominant part of his life, his sisters say he had an endless stream of questions running through his head.

“He would ask me, ‘Didi, am I going to be taller than you one day?’ or, ‘Didi, why is the moon so white?” his eldest sister Sonia says.

Now, he only asks if he’s going to need an operation and cries quietly by himself. He is so terrified that his family members have made a rule at home - no one mentions Aditya’s surgery. They tell him that he’s just got a fever and that he’ll be fine. They dread the day when he has to be operated upon.

His family is struggling with finances and can't afford his treatment

“We are struggling to make ends meet, but we do everything we can to make sure the children can at least go to school. I am able to earn up to Rs 6,000 when there is work, but when there is no work, even that isn’t possible. Now my boy is suffering so much and I feel like I have nowhere left to go. What can I do? I feel helpless," says his father.

The surgery which is Aditya’s only hope for recovery costs Rs 1.7 lakhs. For Aditya’s father, who is a seasonal daily wage labourer, it is well beyond means. Both his father and uncle are desperately trying to put together funds for Aditya's treatment, but they don't have any sources from where they can arrange the money.

If Aditya doesn't undergo the surgery soon, his life is in great danger. In order to save Aditya, they need your help.  Your contribution can give him a fair second chance at life. 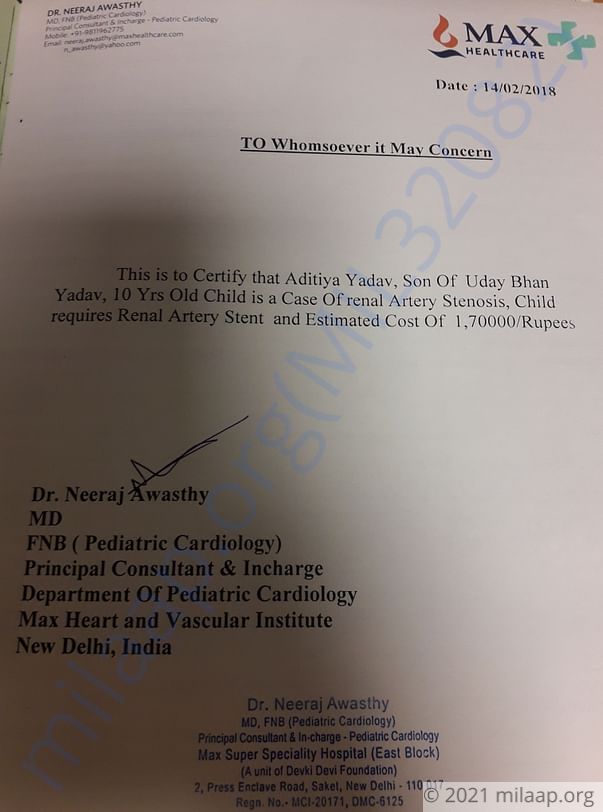 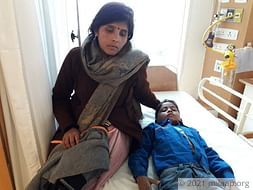