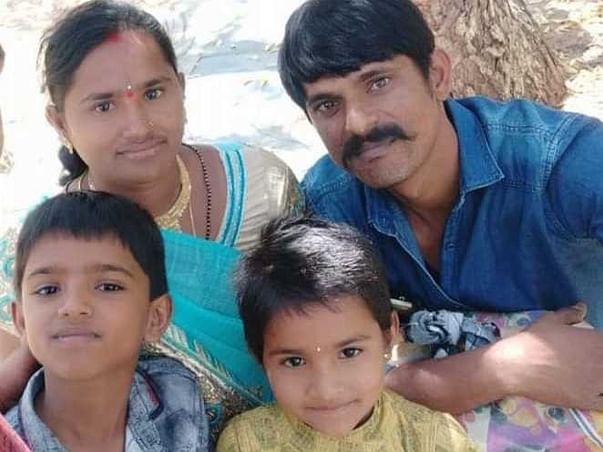 With a heavy heart, we let you know that we lost one of our family members, Adinarayana, due to a rare health issue Aplastic Anemia. He was a good human being and a happy person with what he had, he used to work in agriculture fields and he was just 42 years old. Adinarayana was married to Jayalakshmi and has 2 children aged 13 years boy(Naveen) and 8 years daughter(Vaishnavi). He was the breadwinner of his family and his loss is irreplaceable. This fundraiser is aimed at supporting my sister's family, partly help in paying outstanding debts caused by hospitalizations for the last 8 months and education of the two young kids.
Please help this family get some semblance during this difficult time. We need all your support, little or large, in this quest of trying to secure a future for them.
Health Summary:
He was struggling with health issues and St. John's hospital, Bangalore, started diagnosing the problem in Dec 2020, they did a bone marrow biopsy and confirmed that he was developed an Aplastic Anemia(a bone marrow disease, no cells like RBC - Red blood cells, WBC - White blood cells and platelets won't be produced). He has initially prescribed medication for 3 months to use regularly and there was no improvement. They recommended doing bone marrow transplantation with the help of his sibling, while we were working on this process they did evaluate the lungs and confirmed that there is a mass developed on his right lung and could be lung cancer. St Johns confirmed that the patient cannot be treated anymore due to his low count of cells.
He was a courageous man who fought for around 8 months and left us on July 26, 2021, at the hospital due to breathing difficulty. He was survived for 8 months after confirming Aplastic Anemia and he used to get the blood transmitted twice a week for almost 8 months.