Akash Will Succumb To Deadly Infections If He Does Not Get Help Soon | Milaap
This is a supporting campaign. Contributions made to this campaign will go towards the main campaign.
Milaap will not charge any fee on your donation to this campaign. 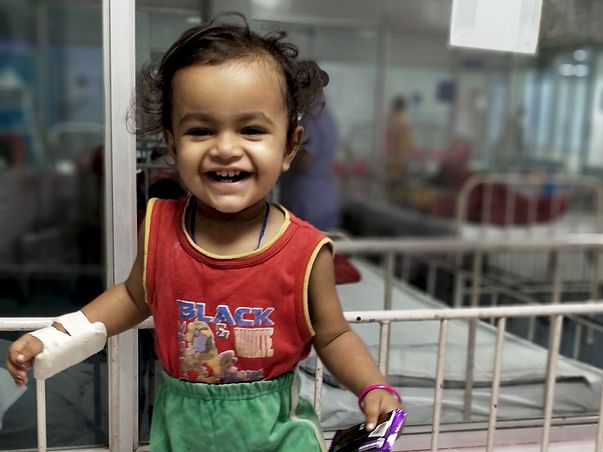 2-year-old Akash has a rare genetic disease that is causing low immunity. His body first stopped making cells that protect him against infections. He has been suffering from constant cold and fever from when he was 2 days old, and soon, without help, he might succumb to an infection. Akash needs a bone marrow transplant, and his parents are unable to afford it.
Every day my son is suffering from an infection
He was 2 days old when this started. It felt normal when Birender and Reena’s newborn baby caught a cold and fever, but soon, he was so sick that they had to take him to the hospital. The doctor diagnosed the baby of serious infection. His platelets were down. For 14 days he was in the ICU getting antibiotics and blood transfusions.

“It was a living hell until we brought Akash back home. For 2 weeks, everything seemed fine. We thought the worst was behind us, but he fell sick again. This repeated for weeks, until he was 4 months old, when our doctor at Tata Motors Hospital referred us to CMC. After weeks of tests and reports, a bone marrow test revealed that my son’s body was not producing enough neutrophils. His immunity was very low. If time passed, even a cold could kill him.”


There is a cure, and for over a year we have not been able to afford it

This came as a shock to the family. Birender, an employee at Tata Motors in Jamshedpur, left his older son, Aman, with relatives and stayed back in Vellore with his wife and Akash. They begged the doctors to do everything possible to help Akash.

“We said we will stay as long as possible. He had bone marrow failure. They said only a bone marrow transplant could save him now. It would cost us Rs. 25 lakhs, and Reena would be the donor as Aman was not a match. My company has helped us with the bills through the diagnosis. I have maxed out on the benefits. Even if I sell everything I own, borrow to the maximum extent, I cannot come up with this money. They will not start treatment for Akash without this fund.”
His bone marrow is slowly failing
Months have passed. Birender and his family are back in Jamshedpur with Akash on heavy antibiotics. Now, platelet count has also fallen. They rush to the hospital every now and then. He cannot go out of the house, and he cannot even go to the hospital as even the slightest infection can be fatal to him, but situation mandates medical intervention every two weeks.


“At home, he is almost like a normal child. You cannot tell the difference. The minute he falls sick, we can see how it affects him. I cannot bear it. I feel like I’ll lose him anytime. We have to keep changing the sheets on the bed, clean the house multiple times a day. Sanitize ourselves and the surroundings to make sure he is fine. We are praying to God every day to keep him alive, and try to stay positive that some help will come through.”


How can you help

Yesterday Akash was doing well. Today, he has a severe cold and cough. Your contribution can save him before a bone marrow failure takes his life.

Certificate from CMC Vellore about the procedure and cost 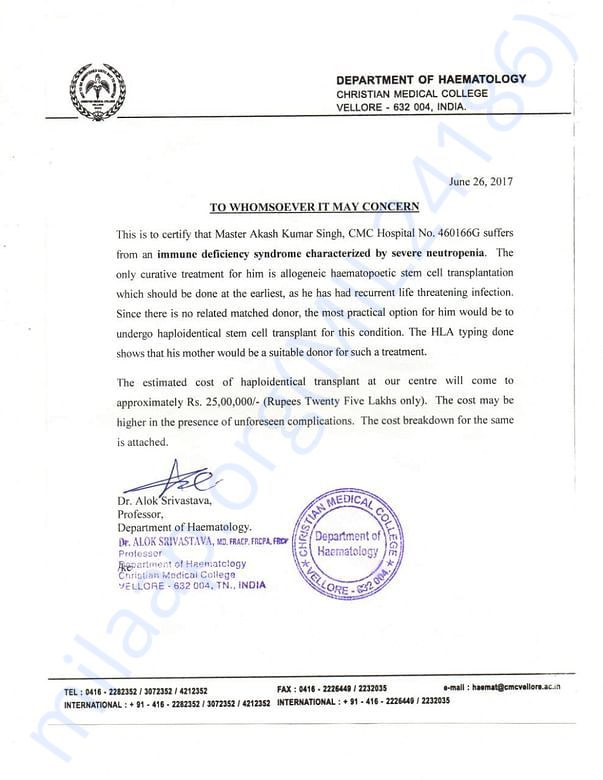 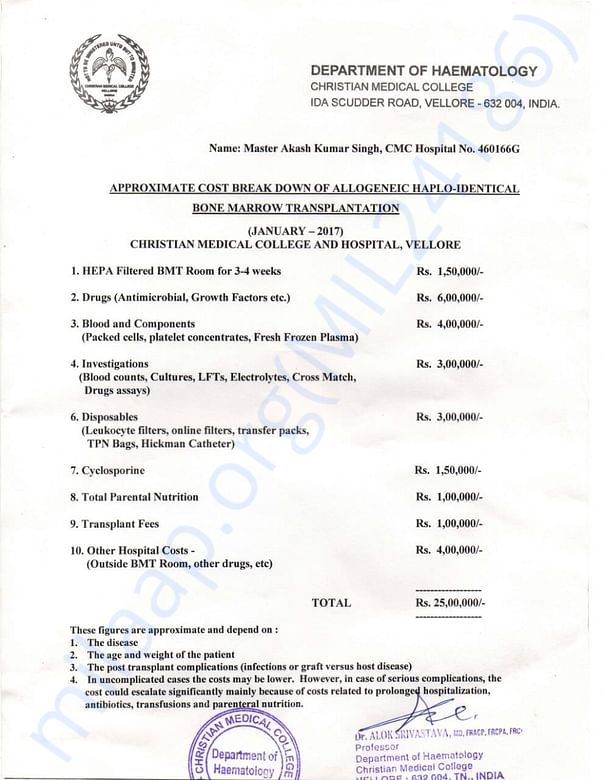 Akash has recovered very well and has undergone transplant successfully.

Here are the photos for the same.

I will be withdrawing all the funds raised via this campaign to my personal account to clear all the pending expenses. Post which the doctors will be helping me to apply for SRTT funds from Tata Memorial for the balance amount required. This will help me to gather the remaining amount as a relief and we can continue with his treatment without any delay.

I will further keep you posted with the details about his health and the expenses that we have incurred along with invoices. Once again, I would like to thank all of you from the bottom of my heart for the strength that you have bestowed upon me in this difficult time. Please do pray for his health and speedy recovery. Will keep you posted.

Thank you for the support. Akash is now in CMC -VELLORE, the process and preliminary tests were done for both, the child and his mother who will be the donor. The doctors told that the main procedure (bone marrow transplantation) will be done soon after the reports are in.

Thank you for your support. Please do pray for his health and speedy recovery. Will keep you posted.
Load more
Donate
OR

You are sending a message to
Abdul
Go back 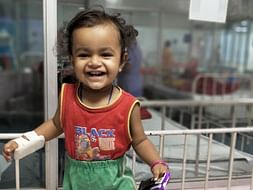